New reports starring AMD’s new processors are leaking all the time. Just recently we informed you about the four date in June when AMD will release more information on both Llano and Bulldozer. Now Donanimhaber has once again released slides that reveal AMD’s processor placements for the latter half of 2011, and estimated performance.

The pictures that were part of a presentation for AMD partners shows exactly how AMD will place its new processors against Intel’s in the first half of 2011, and hows how it will line up Llano and Bulldozer. 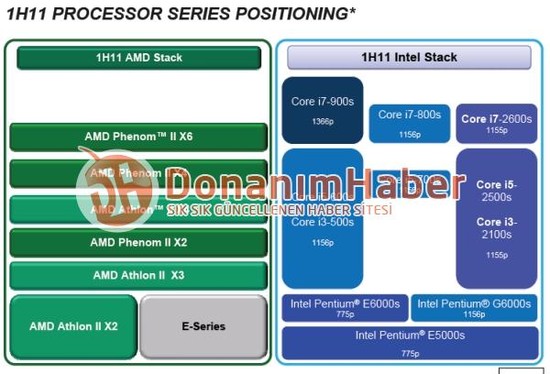 Earlier on it has had to rely on low prices to compete against Intel, which isn’t really that weird since Phenom II and Athlon II are coming of age. 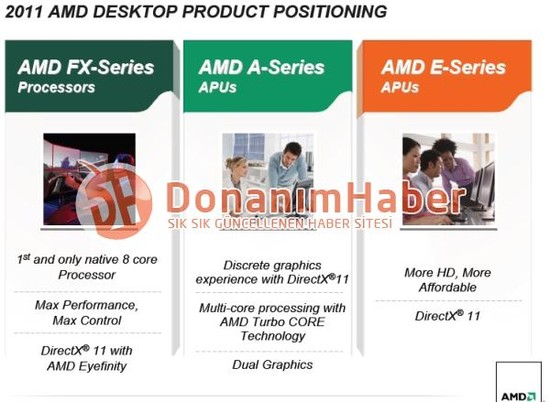 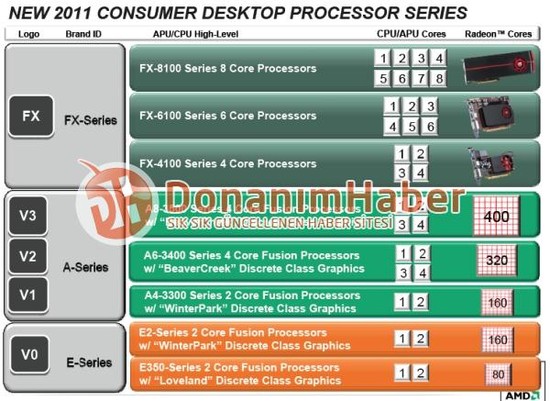 In the second half of 2011 it looks like AMD will be aggressively phasing out Phenom II and Athlon II and replace them with Bulldozer and Llano. In the budget segment we have Zacate, also known as E-350, that is then followed by a E2 series based on the Llano circuit WinterPark with dual cores and 160 stream processors.

Also the first more reliable performance indications have surfaced, but the exact performance of Bulldozer is still clouded. AMD’s 8-core Bulldozer will get about 4 times higher performance than Intel Core i7 2600K in 3DMark Vantage, but this is because it has chosen to pair the processor with HD 6670, while Intel has to rely on the integrated circuit. Exactly why it has made this comparison we don’t know for certain.

In PCMark Vantage things look a bit different since AMD’s 8-core is going even with Intel Core i7 2600K, something that could be a bottleneck in the system or something intentional from AMD to make sure not real numbers leak.

Llano is behind in CPU performance in PCMark Vantage, but comes back in 3DMark Vantage where the top model scores twice as high as Intel’s Sandy Bridge. We shouldnt draw too much from these diagrams since they are unconfirmed at this point and somewhat cryptic overall. Everything seems to point to that AMD is targeting Sandy Briddge with both Bulldozer and Llano, which should become a real nice mid-range battle.