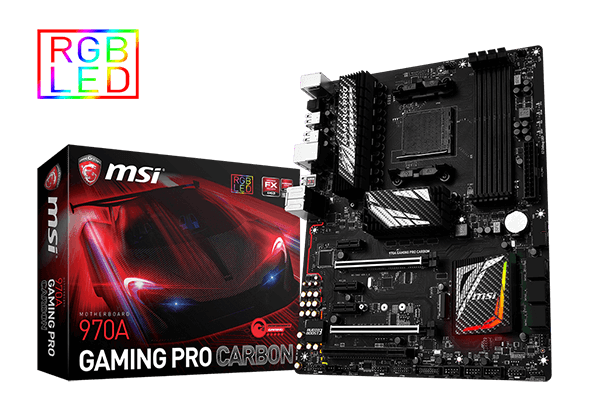 The MSI 970A GAMING PRO CARBON motherboard supports the latest high performance M.2 SSDs with support for NVMe. It also offers a USB 3.1 Gen 2 Type-A and Type-C interface for the most convenient and fastest mobile storage solutions.

PERFECT FOR GAMERS WHO LOVE CUSTOMIZATION

One of the great features of the 970A GAMING PRO CARBON motherboard is its Mystic Light RGB LED feature, supporting up to 16.8 million colors and 16 LED effects to style your rig in any way possible. You can now even do it simply through WIFI by using your smartphone as you skip through all the colors. Mystic Light Extension, a dedicated pin header for 4-pin RGB-strip & lighting control, extends your style to everything.

X99A SLI
Built on the success of MSI’s X99A SLI PLUS a new model joins the MSI X99 family, the X99A SLI. Honoring its brother, the X99A SLI is designed completely in black. It also features a sturdy IO cover to protect the board and connected devices against EMI, while adding to the looks. Heavy plated heatsinks ensure your system runs cool & efficient and can handle anything for longer periods of use. Besides a new PCB design built with Military Class 5 components, the X99A SLI comes onboard Turbo U.2 and Turbo M.2 to support NVMe SSDs available in the market today, allowing transfer speeds up to 2400 MB/s using a single drive. A USB Type-C option allows for all the performance benefits from USB 3.1 Gen2 combined with the convenience of the USB Type-C connector.

INTRODUCING MSI CPU COOLERS: CORE FROZR
As the leading brand in graphics cards, MSI has many years of experience when it comes to designing top-notch thermal solutions. The CPU is one of the core components of a gaming setup that needs to be kept cool to ensure stable performance. Using the experience from years of creating thermal solutions, MSI will be extending the Frozr treatment to the CPU with the MSI Core Frozr line of CPU coolers. The new Core Frozr coolers feature some of the same technologies found on the award winning MSI GAMING graphics cards. From the Premium Thermal Compound X providing the best transfer of heat to the solid copper baseplate which connects to all 8mm SuperPipes. The massive array of cooling fins are fitted with Airflow Control technology to direct the high volume of airflow from the 120mm version of the patented TORX Fan design to where it is needed. Some new features include an easy to use mounting bracket and CPU backplate for added toughness when mounted. Two versions are scheduled to be available later this year for bundeling. Shown at the MSI booth on Gamescom, Core Frozr L is the midrange model, which comes with one 120mm fan and a swappable top cover to fit your gaming rig. Its bigger brother, the Core Frozr XL, will feature a dual fan setup for extra cooling power and fully customizable RGB LED lights. 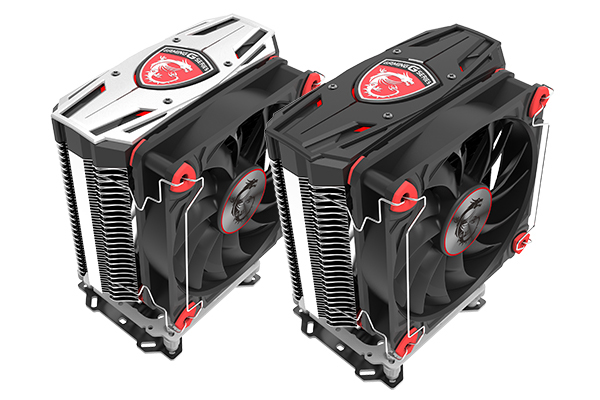 GAMING X POWERED VR
Powering the VR Gaming PC on the MSI booth is the award-winning GeForce GTX 1080 GAMING X 8G graphics card. The GeForce GTX 1080 GAMING X 8G is kept cool by TWIN FROZR VI thermal design, which allows higher core and memory clock speeds for increased performance in games. The recognizable shapes of the eye-catching TWIN FROZR cooler are intensified by a fiery red GAMING glow piercing through the cover, while the MSI GAMING dragon RGB LED on the side can be set to any of 16.8 million colors to suit your mood or build. The classy matte black solid metal backplate gives the card more structural strength and provides a nice finishing touch. 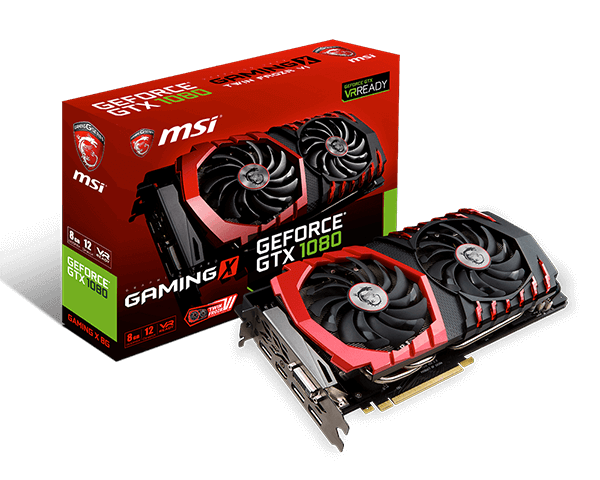