AMD has managed to keep information on Llano and Bulldozer to itself, but the former has ended up in the hands of soothepain and been tested. The model is called A8-3800, sports 4 cores at 2.4 GHz where each core has 1 MB L2 cache 400 Radeon cores at 600 MHz.

We earlier reported that the launch of Sabine, the notebook platform, will launch on Tuesday and now we have some benchmarks to share for the desktop platform Lynx. It doesn’t look like an engineering sample (ES) since it is mentioned in CPU-Z, but we can’t be certain and performance seems to be overall between Athlon II and Phenom II clock-for-clock. 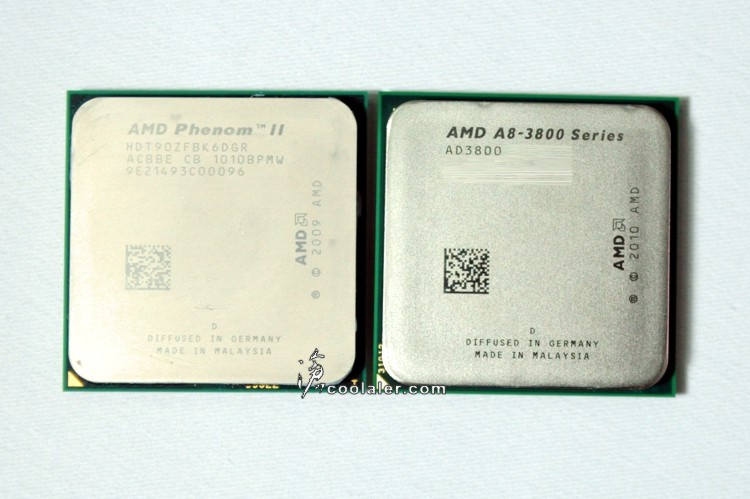 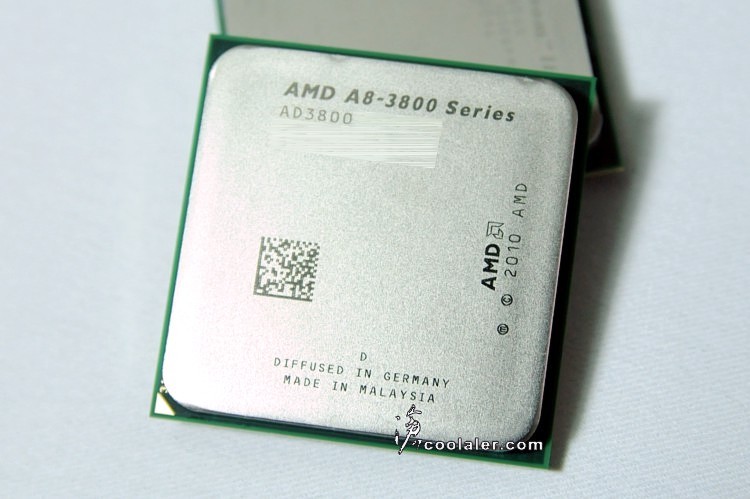 …but underneath we find the new socket FM1

He also shared pictures of the BIOS and what interest us here is what Gigabyte calls Core Performance Boost, which is basically AMD Turbo Boost 2.0. It is set to Auto, but can be changed to your liking, with Llano unlocked you will get a relatively energy efficient circuit with high performance when needed. The question is if Turbo Boost 2.0 is limited by TDP and if it is possible to surpass that limitation some way. 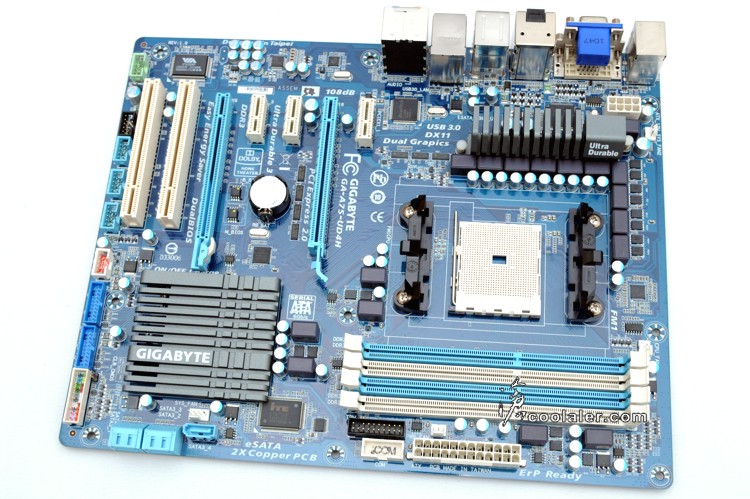 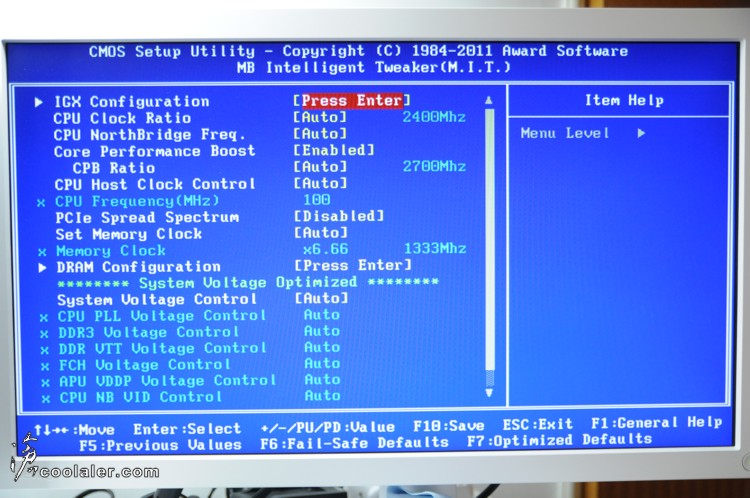 Worth mentioning is that it looks like there is a BIOS bug that interfered with the frequency settings. At 2400 MHz and stock settings the APU has an operating voltage of ~1 V, and at 3000 MHz the voltage was increased to 1.2 V, which seems to point to that this is a 65W model but AMD’s 32nm SOI/HKMG process at GlobalFoundries is still so new that we can’t say anything for certain.

Performance was as expected with the old Hound core found in Athlon II and Phenom II, but we wouldn’t mind higher clock frequencies. We know that desktop Llano will ship at 65W and 100W TDPs and since we don’t know which one this is there might be faster models up ahead.

The integrated graphics circuits is about 30-35% below HD 6570 in performance, although it has 20% mroe Radeon cores and 50 MHz higher clock, so it looks like AMD has done a good job with the shared memory controller. 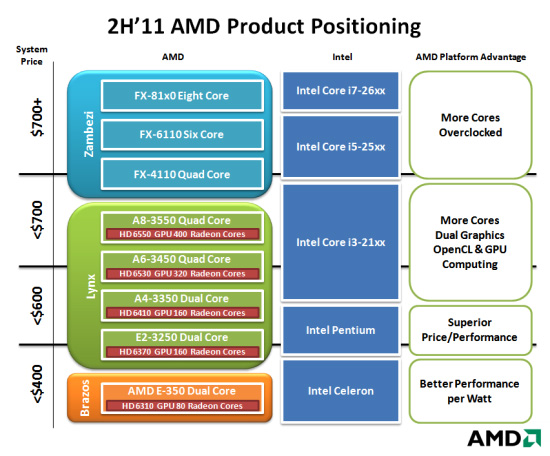 Llano does look like an attractive alternative for OEMs if the price is right, but it might not be enough for home builders and up in the shadow of Bulldozer later this fall.

There are three types of supercharger kits available in the market, which are commonly used. There could be a slight difference in the way each type works and performs but the basic purpose remains the same.