Valve has been showing a lot of interest in the open platform Linux. Its distribution service Steam is pretty much ready, but the company now reports that Left 4 Dead 2 performs better on Ubuntu 12.04 with OpenGL, than Windows 7 with Direct3D.

The work continues to make Steam and Left 4 Dead 2 stable for Linux, but since the game engine Source is developed for Windows and the proprietary Direct3D (part of DirectX) in mind, it will take some time before it will be ready for release. Valve now reports on its Linux blog that the game runs better on Linux with OpenGL, than on Windows 7 with Direct3D. This was possible by optimizing the memory usage in Linux and reduce the overhead in OpenGL.

Valve is working with hardware manufacturers AMD, Nvidia and Intel to optimize their graphics drivers for Linux – which in turn will result in better performance for all games in Linux, says Valve. Valve add that the hardware makers have shown great interest in its projet and have sent engineers to work with Valve to analyze data and help move the project forward. 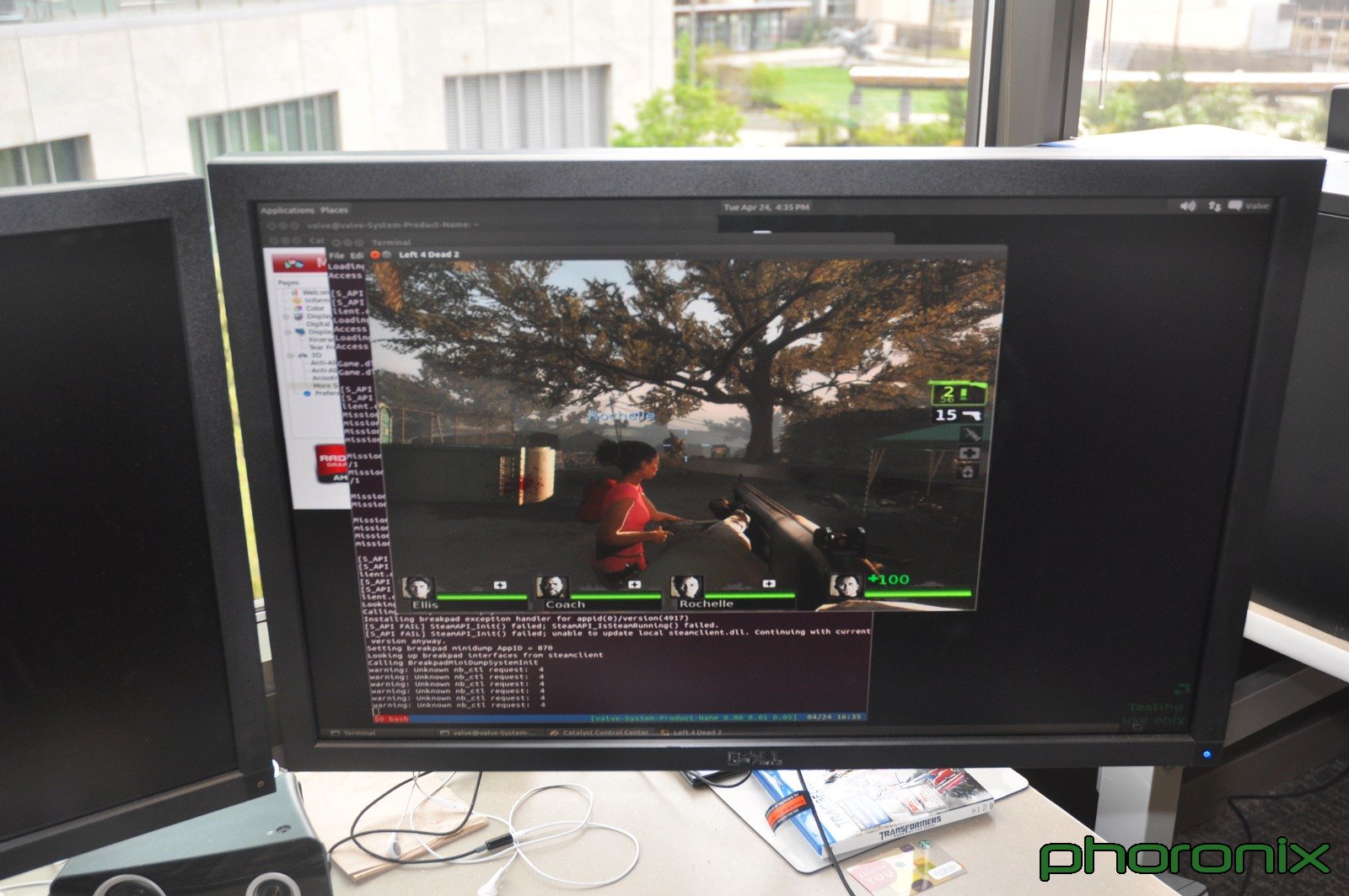 The system used was an Intel Core i7-3930K, Nvidia Geforce GTX 680 and 32 GB RAM. On a Windows 7 SP1 64-bit installation the company got 270.6 FPS, while Ubuntu 12.03 32-bit managed to get 315 FPS – an increase of just over 16 percent(!). The reason for the performance boost is mainloy the efficiency of OpenGL and the kernel. Another interesting point is that the game is said to perform better with OpenGL than Direct3D in Windows, as Valve achieved 303.4 FPS with the same configuration.

Valve believes it can learn from this and improve performance also in Direct3D in the future, but what this proves is that Linux can work as a game platform, if game developers spend time optimizing their titles and gets support from harddrive makers. It definitely looks like the operating system could become a threat to Windows, especially with an actor like Valve backing it.

If linux gives more performance I will jump to it. But it has to be stable and full eye candy.

It seems that Windows isn’t a performance platform for games. 😆 It did cost only a few months to get results over a 10 years platform!!!