AMD recently revealed that the launch of the mobile Ontario chip has been moved up to Q4 2010. A leaked AMD roadmap has revealed a surprising addition, two energy efficient Zacate models.

Zacate by itself isn’t new and the Fusion program has many members where processor cores and graphics circuits are part of the same silicon. The roadmap shared by ATI-Forum.de has the two Fusion chips listed for launch in Q4, but not Ontario that you would expect, instead we find Zacate.

Both processors are listed together with other coming processors from AMD in 2010 and the launch seems slated for Q4. So far Zatace hasn’t been categorized, but it looks like a mobile chip, considering the specifications, like the previously expected Ontario. 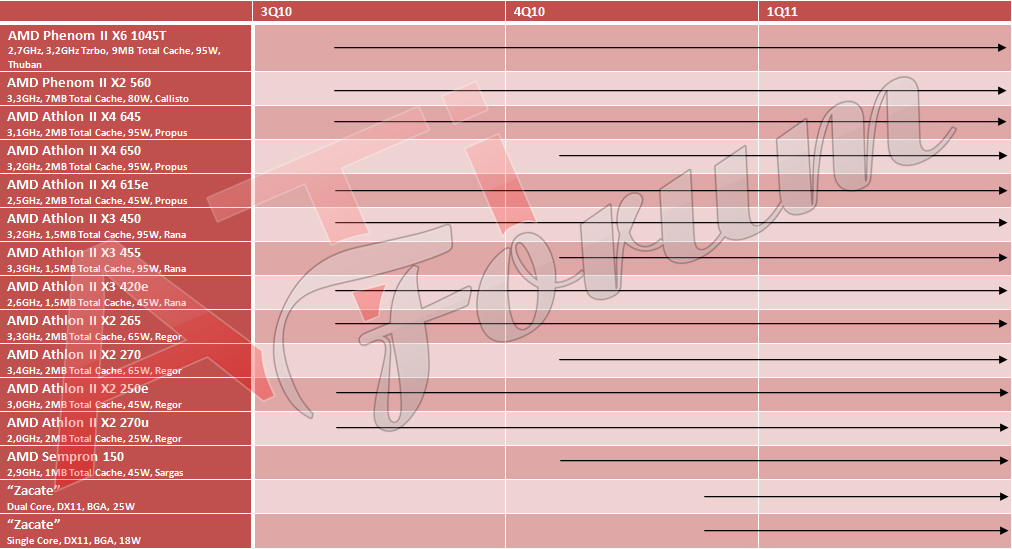 Rumors are saying that Zatace will be made with 32 nanometer technology, which is further surprising since Ontario will be made with 40nm technology. It is also possible that the roadmap is outdated, since AMD also revealed its new Fusion plans pretty recently, but Zatace looks to be in the works.

The two Zatace models will bring an integrated graphics circuit capable of DirectX 11 and house one or two processor cores. The TDP is rated 25 watt for the dual-core and 18 watt for the single-core sibling.