Jon ”Elmor” Sandström continues to show good form and during the Easter celebrations he managed to squeeze in a SuperPi world record. Unlike Elmor’s regular love for 3D benchmarks and Futuremark’s 3DMark suit this one is all about processor performance. Elmor used the hexa-core Core i7 980X CPU to bring home a new world record in SuperPi 32M with 5 minutes 41.48 seconds.

Intel’s powerful hexa-core CPU was overclocked from 3.33GHz to 6.431GHz using liquid nitrogen on a not yet launched motherboard from Gigabyte, GA-X58A-UD9. A motherboard we wouldn’t mind seeing more of, but unfortunately it’s covered by a media embargo and is so far only available to Gigabyte, which is where Elmor set the record. Performance seems to be pretty darn good though.

Elmor’s time is just 0.094 seconds faster than the previous record by NickShih and TinTin@OCQQ, who also used Intel’s hexa-core monster. 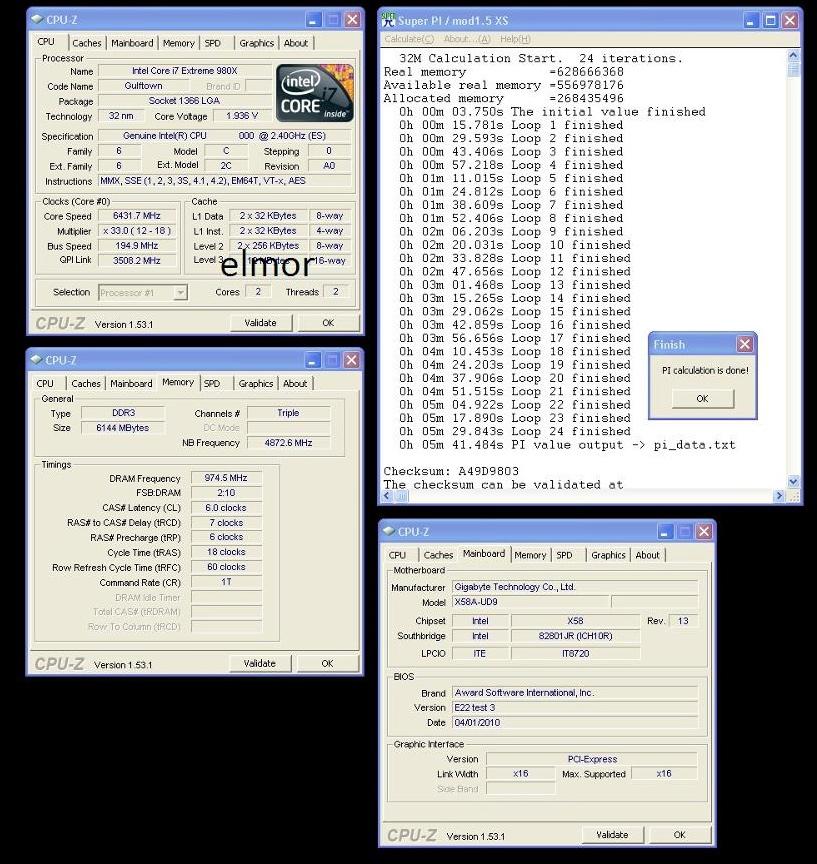