Cooling maker Deepcool has taken the superior abilities of copper and presented a real heayweight for a cooler. Deepcool Fiend Shark XT is made from solid copper and sports six heatpipes – copper of course – and weighs 1837 gram, twice as much as your average high-end cooler.

Deepcool Fiend Shark XT uses a vertical fin design and measures 157 x 156 x 131 mm where a single 140mm fans blows air down through the heatsink toward the socket and surrounding components. The fan operates between 700 to 1200 RPM at 18.2 to 24.9 dBA.

Deepcool revealed no direct performance numbers, but promises that the cooler will deliver on par with the best. Something we almost take for granted considering the cost 1.8 kilo copper brings. Deepcool hasn’t dared to reveal the price of the cooler, but it will support all current Intel (LGA1366/1155/1156/775) and AMD (AM3/AM2/AM2+) sockets. 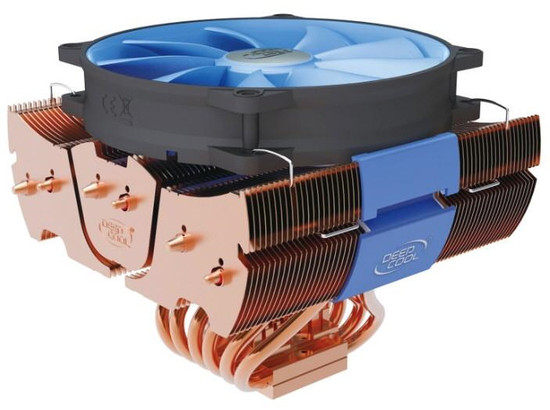