Corsair Memory is one of the memory makers that decided to make power supplies too. Corsair has been doing it for some time though. The efficient Professional Series Gold AX was available for study in Taiwan, but also the new RAM LED AirFlow Pro.

Corsair Professional Series Gold AX is available in three different models with 750 watt, 850 watt and 1 200 watt capacity. The series is 80 Plus Gold certified and built by Flextronics. Even if the latter has many customers Corsair said that the AX models ships with many extensive changes, per Corsair’s request. 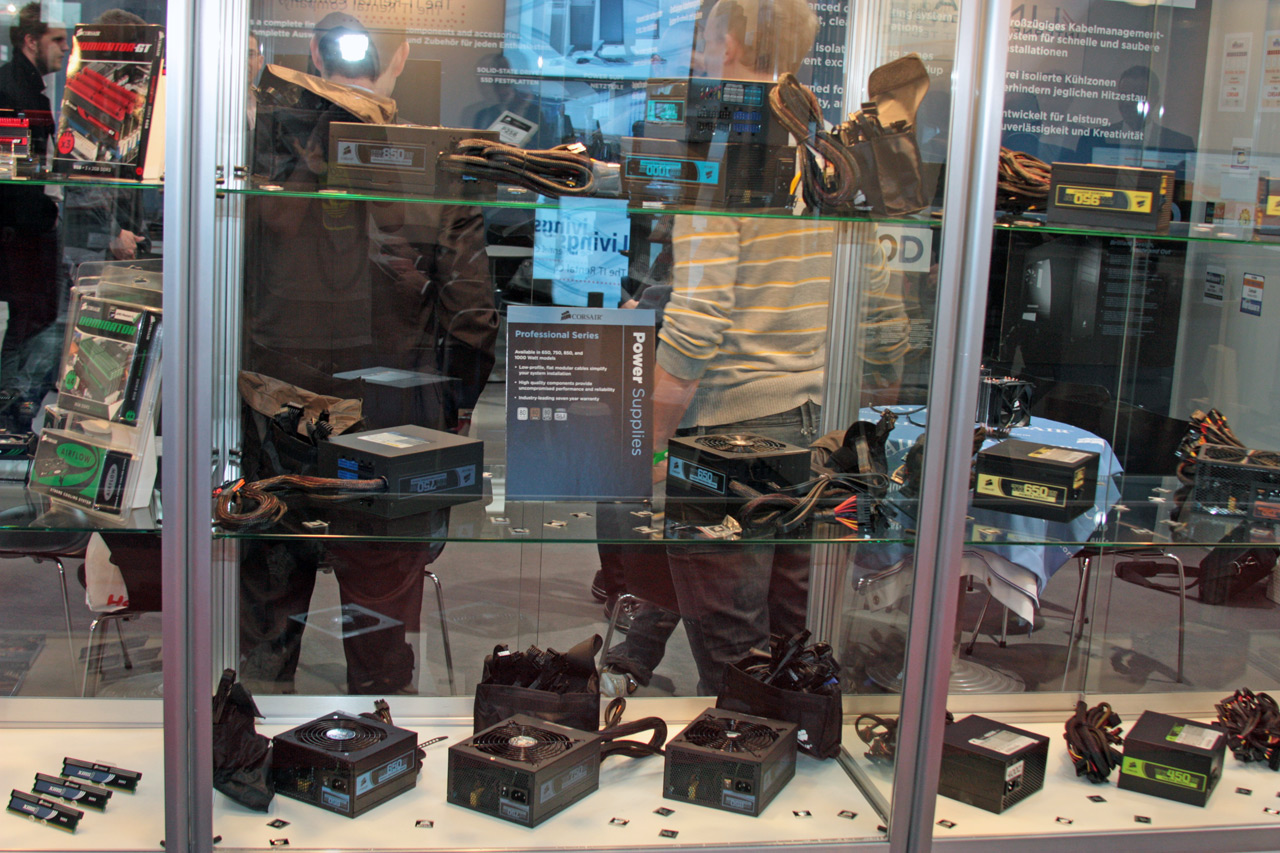 A four-layer circuit board will result in really low levels of noise and ripple, while the single 12V rail feeds the components with power. High-quality Japanese capacitors and completely modular cables are other functions available. The top model ships has a 140mm fan for cooling, while the smaller siblings use a 120mm version, both very quiet.

Corsair also displayed the new AirFlow Pro RAM LED display. By LED we mean diodes, which makes it a bit less exciting, but it gets the job done and through different colors it can show both memory load and temperatures.