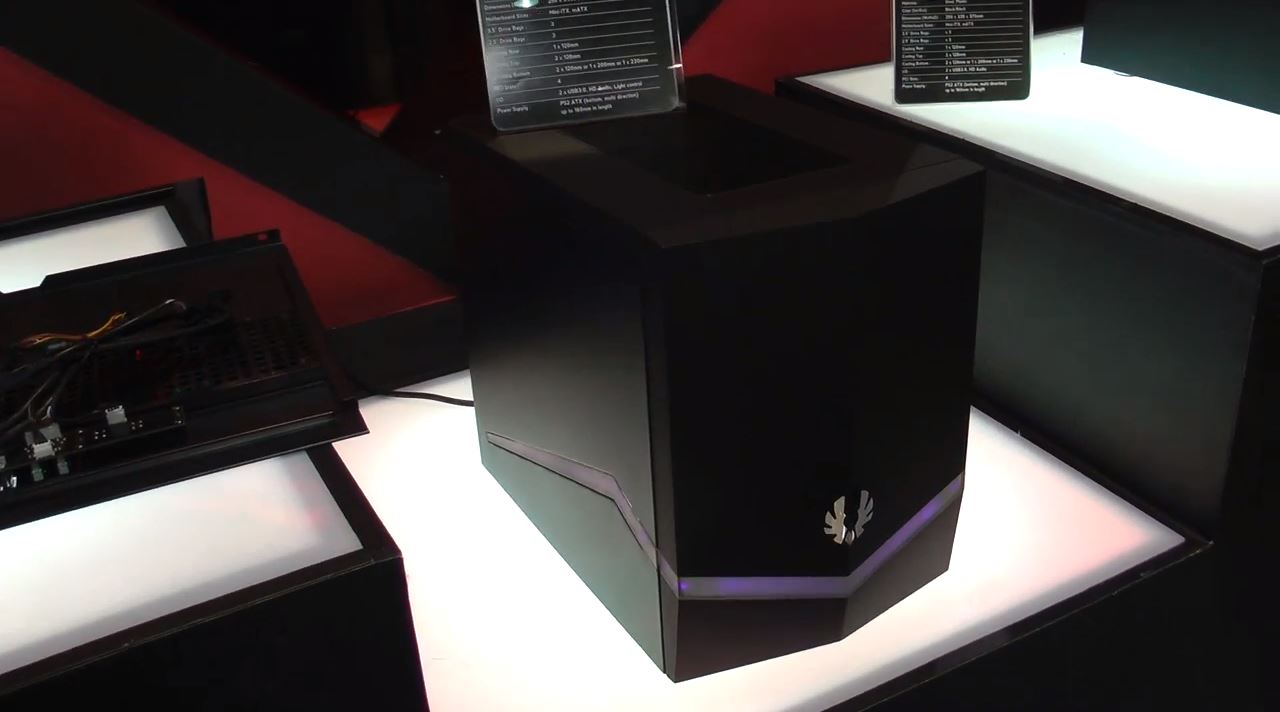 Fresh startup BitFenix has finally lifted the media embargo on the fulltower case Colossus. BitFenix has released bits and pieces of information on several occassions, but we now have the complete story and tons of pictures to share.

Colossus is like all of BitFenix coming products designed for gamers and this fulltower case will be stable on most desks. Colossus supports motherboards up to E-ATX and measures 245 x 558 x 582 mm. The case comes in two colors, black or white, and with a LED light system that can shift betweenblue, red or a pulse.

Inside there is room for seven 3.5″ harddrives and a handful of big fans for cooling. Two 230mm fans flanked by two relatively small 140mm fans.

Other interesting functionality is a lockable space for accessories to prevent theft of mouse or accessores, an integrated fan controller and USB 3.0, eSATA and audio outputs.

”With Colossus, we focused on how gamers and PC enthusiasts were interacting with their computers on a daily basis, and crafted a PC chassis that actually helps to enhance their computing experience,” David Jarlestedt, Bitfenix

Inside we have a well planned cable management system, holes in the motherboard bay for mounting the cooling and specially designed spacers. BitFenix ships Colossus with BitFenix LockDown, an accessory for locking the graphics card in place during transport. The price will be aorund $170 and will launch by the end of September.