AMD has been searching for a new VP since January when Dirk Meyer left the company. Since the break up with Meyer CFO Thomas Seifer has been running things, a position he now passes on to Lenovo veteran Rory Read. The 49 year old comes from a position as president and COO at the Lenovo Group Limited, but has over 20 years of experience at IBM.

AMD has not issued an official statement on the new recruit, but according to Reuters the decision has been made and we can expect a statment shortly. The CEO has some things to share on the new VP though;

”Rory is a proven leader with an impressive record of driving profitable growth,”[…]”He is ideally suited to accelerate AMD’s evolution into the world’s leading semiconductor design company. As president and COO of Lenovo he helped take the company into dynamic new markets while growing market share and expanding profitability. His sound strategic thinking and natural customer orientation will help amplify the voice of the customer inside AMD.” says Bruce Claflin. 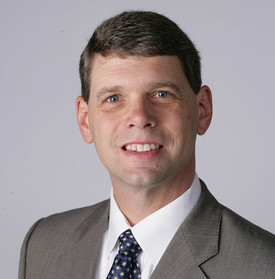 Rory Read started with a degree in information systems from Hartwick College and started his IT career at IBM where he worked for 23 years at different positions. The last 5 years hs worked for Lenovo where he helped increase the company profit in America with 140 million dollar in 2007.

His next goal is to make AMD continue gain market shares from competitors, while continue the venture in graphics cards.

”I’m very pleased to be joining AMD at this important time in its history. AMD is a true innovator and is uniquely positioned to lead the industry forward, delivering the next big thing both within the PC ecosystem and beyond,” Rory Read comments.