As the requirements for the latest games goes up so most the graphics card follow. ATI and NVIDIA’s constant battle is getting fiercer by the minute; our review of the Radeon X1950XTX is a great example of that. As the performance improve the heat and power consumption increase as well, this has resulted in the fact that the manufacturers have had to fit the cards with bigger and bigger coolers. If you want to squeeze that little extra out of your card the stock cooling is in many cases not enough. This has lead to that companies such as Zalman and Arctic Cooling are making big money on high-performing and quiet graphics card coolers.

Zalman are known for its CPU coolers but also its efficient passive cooling for graphics cards. Today you need more than just big heatsinks though. Today’s cards require some sort of fan to keep cool. Zalman therefore decided to design its cooler by the same design as its CPU cooler. Zalman VF700 was both quiet and a cooling capacity.

So, why would you want to void the warranty by switching to another cooler? The biggest reason is most likely the noise. Most of today’s cards are equipped with a cooling that is way too loud. The largest problem is that there is quite limited space around the card. This forces the manufacturers to use small fans that spins fast and therefore sounds a lot. This is where Zalman and Arctic Cooling have chosen different solutions. Arctic Cooling has chosen to move the heat out through the back of the case. Zalman on the other hand has chosen to give more room for the cooler and has managed to make room for bigger flanges. 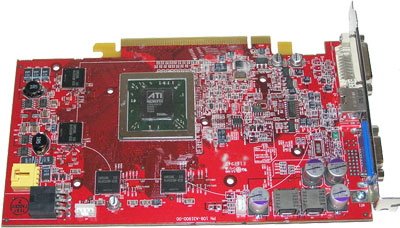 Another reason very good reason to change cooler is to simply lower the temperatures and thus increase the life span of the graphics card, improved stability and overclocking potential.

Time to take a look at Zalman’s new graphics card cooler. First we have some specifications.

The first thing that strikes us is how small the cooler actually is. Today we’re used to large monster cooler like the ones on the processors. This is not the case here. Except from the cooler there are few small things that come along.

Before we start mounting the cooler we will take a look of what it
looks like.

VF900 has, as its predecessor
VF700 also does, a fan inside the cooler. The amount of copper flanges is
considerable higher and they are much denser. This results in much
more surface with better convection than with the VF700. For extra
heat distribution the VF900 have two heat pipes that leads the heat
direct from the copped base to the fins.

The first thing we’ll check is the contact surface. The more plain
and even surface, the better heat convection. We made the first test
with a coin.


The surface is smooth as a mirror as you can see. We also made a
test with a knife to see how much light you can see under it. The
light was spread evenly across the surface which points to a good
surface. They are often a little curved to better match the video chip that often is slightly curved.

To install the cooler was a simple task. The manual that comes
with the package was not obvious at all moments, but after a good
look on the installation flash movie at Zalman’s website all
of my questions had been answered. In fact it’s much easier to understand watching
the movie than reading the manual.

The holes in the brackets are for all of the different types of
graphics cards which the cooler can be mounted on. I’m using a X800GTO
where the holes through the PCB are placed more remote, and therefore
is only two screws used. On graphics cards where all four screws can be
mounted the cooler should be more fixed.

The only problem during the installation process was when you should
screw the thumb screw on the backside. You should press down the
spring, screw, and at the same time hold the card steady. But when
one screw was mounted the rest was no problem. The cooler is well
fixed even though it was mounted with only two screws which points on a
sturdy design. VF900 is very easy to attach and well fixed on the
card.

Zalman is known for its quiet but still effective coolers. Now its time to see how Zalman has managed with the VF-900.


To have something to compare with we used the original cooler on
my Connect 3D X800GTO. We didn’t know if the original cooler was
poorly mounted or if it’s just wasn’t that good; therefore we remounted
it using proper thermal paste to see if we could get a better result.
At the tests we ran the fan speed at 45% and 100%. The reason was
the noise. At over 45% fan speed you could clearly catch the sound
from the original cooler. VF900-CU was tested with highest and lowest
speed possible with the included fanmate. All tests were made with
the chassis closed.

Changing the thermal paste of the original cooler

When we removed the original cooler we noticed that Connect 3D
hadn’t been sparing with the thermal paste. It was a sticky mess (see
picture). We cleaned up as well as we could and put on some AS5 and
tested the graphics card again. A such large amount of thermal paste
could mean better result if you remounted the cooler.

Now we’ll se how good VF900-CU can perform compared to the
original cooler, and see if remounting the cooler made any
difference.


All temperatures weremeasured using ATI Tool. For idle temperature we
waited 20 minutes before measuring. At full load we played Oblivion
for 30 minutes and used ATI Tool log to measure the highest
temperature during that time.

Already during idle you notice a significant difference with the
VF900. The temperatures were on considerable more pleasing levels than
with the original cooler. 11 ºC difference with
the quiet mode.

Same story. Zalman VF900-CU shows that it cools the core as well
as the area around it. The small heatsinks add some cooling as well.

Here you can se the VF900’s strength. The difference is as large
as 23 ºC. Even with the lowest fan speed the
VF900 performs much better. It should be added that the temperature with the
original cooler fluctuated pretty much since the fan accelerated to
100% when temperature reached 85 ºC independent of
the settings made in ATI Tool.

Again a victory for the VF900. Not as big, but to see the VF900 in
silent mode beating the original cooler in full speed is impressive.

Even the noise with the Zalman VF900-CU is impressive. In
silent mode you can’t separate the sound from other fans in the
chassis. As you pull up the speed you can hear that something is
moving air. At full speed it sounds much more than in silent mode,
but it’s still not very loud. The original cooler was much louder at
full speed. The Zalman cooler leaves a very dull noise that doesn’t
stick out from the rest of the fan noise. The original cooler
had a more irritating high frequent soughing noise.

Another interesting observation was that with the original cooler
mounted the chipset fan started to make a lot of noise during load. The
theory is that the original cooler blew out some warm air right where
the chipset cooler is mounted. With the Zalman VF900-CU the problem
vanished into thin air.

With the original cooler I could get a top stabile overclocking
with 513/570. After I mounted the VF900 I could manage 536/580. I can now run at XT PE-speeds (520/560) 100% stabile with the same graphics card. The cooler did what it’s supposed to do and the potential for overclocking increased.

Time for a summary. Zalman VF900-CU is a complete cooler that
isn’t only cooling the GPU but also its surroundings in an effective
way. The RAM heatsinks that comes with the package makes a difference.
Zalman has taken all the good quality from the VF700 and improved it
further. The VF900-CU is a more mature cooler that can cool even the
best graphics cards.

There are still things that can be improved. I don’t like the
solution with a fanmate. It’s pretty big and clumsy and simply adds an unnecessary amount of cables if you choose to use it. Personally I would be satisfied with a switch for high and low. And Zalman could’ve included a 4-pin to 3-pin converter to those who don’t have a free 3-pin connector on the mainboard. Or why not be able to connect to
the fan connector on the graphics card?

Now some may think I sound negative and there are those who like
Zalman’s solution with a fanmate. The truth is that there isn’t much
negative to say about the VF900-CU. It’s simply a very good cooler.

We tried to remount the original cooler using AS5 as thermal paste
instead of the goo Connect 3D used. Sure, it made a difference, but
the graphics card still went very hot. We’d hoped on greater
improvement.

For its performance and simple installation, Zalman VF900-CU
is awarded ”Editor’s choice ”. 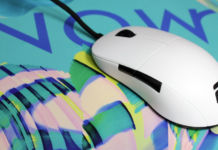 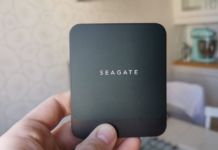 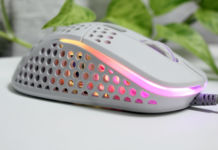