ASUS has the perhaps broadest assortment of motherboards on the market, but unfortunately the top models have a tendency to get all of the attention.Today we will look at a board located right in the middle of ASUS’ P35 lineup.

Over the last few years, ASUS has become perhaps the biggest producer of computer hardware components. In the beginning, it was mainly motherboards on the menu, but today we find a complete list of computer and network products. If we still stick to just the motherboards, ASUS has the undisputed largest assortment with many models per chipset.

For example, there are ten different motherboards based on the Intel P35 chipset.

Enthusiasts can find a fitting motherboard for any kind overclocking, and this has grown to something bigger. ASUS has become a synonym to performance and a choice among overclockers.

Here we will take a look at one of the boards based on the P35 chipset, ASUS

P5K-E. This is card positioned in the middle of the P5K lineup. It doesn’t have as many fancy features as the Extreme/Deluxe flavors, but isn’t as stripped down as the cheapest models. To be honest, do you really need two network cards and heatpipe cooling for the southbridge?


ASUS hasn’t held back on the features. The obvious difference between this card and its bigger brothers is the fewer network cards, only one in this case. As a counterweight, ASUS decided to bundle Wireless LAN. The board sports dual PCI-Express 16x slots, although the second port only has 4x PCI-Express lanes to the P35 chipset.


When we look at the accessories, ASUS is on the front line. It has included 6 SATA cables, 1 IDE cable, 1 Floppy cable and 2 expansion brackets for additional Firewire and USB ports, and of course the external antenna (WiFi version), 1 stereo microphone and a fan for the heatpipe cooling. This fan is only intended to be used when the processor is cooled passively or by water cooling, to make sure that the airflow is enough to cool chipset and power circuitry. And last but not least we have the manuals.

Let’s take a look at the motherboard.


P5K-E sports an clean layout. Everything is where you expect them to be and the placement of the cable connectors won’t force you to do any odd cable management. The external connectors, the PS/2 connector aside, are up to date, so to speak, which means that COM and Parallel ports have been cut in favor of USB, Firewire, eSATA and audio connectors. The PCI-Express slots have double spacing, which means that you could fit some more exotic cooling in between the graphics cards.


At the bottom of the board we have the internal Firewire and USB connectors for Firewire and USB and to the far right we have the Power ON, Reset and LED pins. The labeling is not as clear as we would like, but thanks to the Q connector there’s no reason to read the labels. Further up on the right side we have 6 SATA connectors and a number of fan headers. Above them we have the ATX power connector and floppy connector. To the left we have a Wireless LAN expansion card. This expansion card communicates via USB, which is a convenient solution as it won’t occupy any of the PCI or PCI-Express slots that way. Finally we have a picture of a bunch of high-quality electrolyte capacitors, the only kind used on this board.

Next we look at the cooling and the power circuitry.


The southbridge cooling brings up and interesting aspect when it comes to marketing these motherboards. The southbridge, which is the chip you will find beneath this heatsink, is identical to the one found on the more expensive boards. It has no real impact on the overclocking potential. How is it then that some boards require complex heatpipe solutions? Think about it for a while, while we conclude that this minimal heatsink does the job just perfect. The northbridge on the other hand, plays a much bigger part in this context, and at high system bus frequencies and voltages the heat dissipation is quite noticeable. As long as you don’t feed it with too much voltage it works just fine even without a fan. When doing some serious overclocking it might be a good idea to set up a fan for the northbridge. The heatsink for the power circuitry is primarily for assisting the northbridge heatsink through the connected heatpipe. the second half of power transistors lacks any kind of cooling, which is not something to worry about as long as you’re not forcing a quad-core processors up to extreme frequencies. They are designed to handle temperatures of more than 100°C.


As we mentioned previously, the power circuitry for memory, northbridge, and processor respectively consist of high quality coils and capacitors. You won’t find these on cheaper motherboards, but it’s clearly a distinguishing feature inherited from the more expensive models. The processor has an 8 phase power supply, a big plus, especially when working with enthusiast processors.

ASUS has made it possible to do some rather extreme FSB overclocking and even though no one will feel limited, it’s clear that the system bus will be going higher and higher. The voltage spectra is enough for both the everyday user and those who want to try for that extra mile. If you’re thinking of using phase change cooling or liquid nitrogen, you’re going to want more than 1.70 vcore voltage. But if you’re accustomed to these kinds of cooling, you’re probably also accustomed to using a soldering iron. The lowest vcore setting is 1.100V. Certainly welcomed by HTPC users, which demands low power consumption.

Let’s take a peek at the test system.


Since P5K-E will most likely be used with mid-range processors we chose to use Core 2 Duo E6320, which was overclocked to the equivalent speed of Core 2 Duo E6550. In the overclocking portion of the article we will discuss how this combo measures up price/performance-wise.

We start with some synthetic tests.

P5K gets a good start and outperforms IP-35 in these tests.

We move on to SuperPi.

We move on to wPrime and Cinebench.

All of a sudden the Abit board comes to life in wPrime, for reasons we can’t explain. When we move on to Cinebench we once again find the ASUS board coming out on top, even if the difference is extremely small. P5K wins the WinRAR benchmarking too.

We investigate how the motherboards perform in 3DMark.

Not surprisingly, since they are based on the same chipset, there’s still no major difference between the boards. But P5K is slightly better in 3DMark benchmarks.

Not much to say here, the pattern repeats itself.

We conclude the tests with some games.

Not much separates the boards when it comes to gaming performance. Before rounding off the mean value between the test sessions the results are within 1FPS.

Time for the motherboard to show it’s true colors. We’ve already commented on the cooling and the voltage settings, and they’re OK. We would’ve liked some higher voltage settings for both processor and memory, but these are good enough for air and water cooling. We begin by testing how far we can take our Intel Core 2 Duo E6320 (1.86GHz).


The highest stable frequency that passed Cinebench and the 3DMark06 CPU test was 527MHz FSB. This was achieved without lowering the multiplier and resulted in a 98%. overclock. The FSB isn’t just limited by the motherboard but also the processor and the type of cooling. In our case we used Scythe Infinity with a powerful 120mm fan.

If we instead switch to a high-end CPU like Intel Core 2 Extreme QX6850, does it still deliver?


It’s a lot more complicated to overclock a quad-core processor with today’s construction. In the end we managed to achieve 497MHz FSB, with a 7x multiplier. This is a quite good result and very interesting as there are lot of affordable quad-core processors today, and that you can do it with a motherboard like this one, which has room for even higher frequencies.

So, where’s the extreme overclocking? We’ve decided to move this portion to a separate article where we will focus on what this motherboard and Intel’s Core 2 Extreme QX9650 processor can do. We can reveal that we’ve completed plenty of tests at frequencies way beyond 5GHz. Keep your eyes open for more information soon.

Comparing two motherboards based on the same chipset will usually result in minimal differences. It seems however like ASUS has been able to tweak and tune its board a tiny bit better than the reference board. With the exception of wPrime, ASUS P5k-E brings home every benchmark.

The motherboard offers a large variety of settings. Some of them might lack a high enough spectrum, such as the voltages for the processor and memory, when using more exotic cooling solutions. When using air and water they will be more than sufficient. Our BIOS didn’t allow for higher multipliers than 11x, but this will most likely be resolved in a future BIOS update. As we mentioned previously, P5K-E has inherited the successful design used by its more expensive siblings. Eight-phase power supply for the processor, powerful voltage circuitry for the memory and northbridge and quality components throughout the board. We promised to comment on the choice of southbridge: finally a performance-oriented motherboard where they’ve chosen not to waste money on excessive cooling for this chip. During our tests and overclocking sessions we experienced a lukewarm southbridge, which clearly shows that a small heatsink can handle the task just fine.

ASUS P5K-E lacks some of the features its bigger siblings has, which basically means just one network card. Unlike most of these boards, ASUS chose to stick with DDR2 instead of DDR3. This makes P5K-E a very affordable and attractive board, and there many advancements hard to estimate in numbers. The usability has improved since the last generation, especially from an enthusiast’s point of view, which have tendencies of spending a lot of time browsing BIOS. Several annoyances found with previous generations have been resolved and the usual performance-related settings have been gathered under a single section. Further we have the compatibility – throughout the entire review we’ve experienced no inconsequent behavior. Several different memories and processors have been tested, without problems. Even 45nm processors works flawlessly.

ASUS P5K-E is a very attractive motherboard based on Intel’s performance chipset P35. Instead of unnecessary heatpipes all over the board, ASUS has implemented high quality components and well designed voltage circuitry. The usability has been improved and several annoying behaviors have been remedied. The performance of ASUS P5K-E is top notch and manages to outperform our reference board in the majority of the tests. The board costs around $150 and considering the performance and list of features we’ve chosen to award it ”Editor’s choice”.


We want to thank ASUS for sending this card for evaluation. 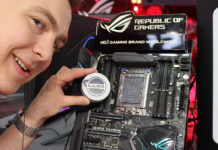 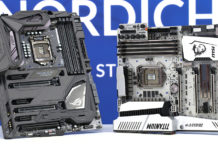 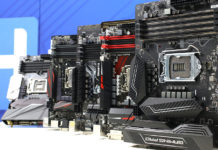