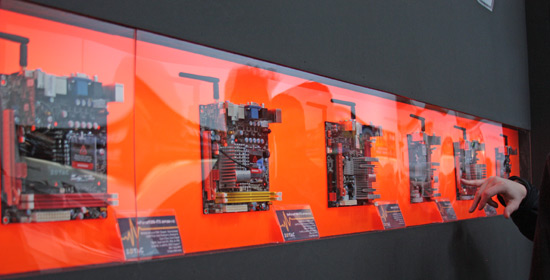 Intel’s new 7 series chipsets were officially announced yesterday and in the wake of the launch more motherboards appear. Two of them stand out, they are Zotac Z77-ITX WiFi and H77-ITX WiFi A that takes Ivy Bridge to mini-ITX.

Zotac is not the first to build a mini-ITX motherboard on the fresh Panter Point-styrkretsen, but it has been one of the pioneers in well-equipped mini-ITX motherboards and its creations are always worth investigating. The company claims it has managed to build another series of boards packed with features in a slim package where the mini-ITX format makes them fit in even the smallest cases.

Zotac Z77-ITX WiFi and H77-ITX WiFi A are two of the new models based on the Z77 and H77 chipsets from Intel’s latest family. The difference is that Intel Z77 supports overclocking and Intel’s Smart Response Technology. 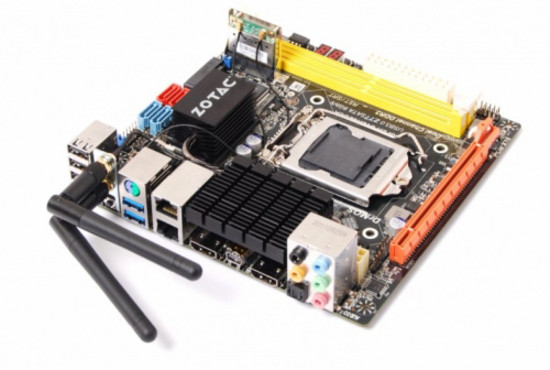 The speedy development on the SSD market is something Zotac has been following closely and decided to equip both boards with mSATA ports for those that wants to use minimalistic mSATA SSDs. Other nice functions include a mini-PCI Express port with a WiFi card that supports both 802.11n and Bluetooth 3.0.

As it should there are plenty of connectivity and ports, including a full-size PCI Express 3.0 x16 slot for graphics ards, but also dedicated HDMI, DisplayPort and DVI outputs (Z77 has two HDMI instead) for Intel’s integrated graphics processors. Zotac Z77-ITX WiFi sports four SATA ports, while little brother H77-ITX WiFi A gets five, but instead Z77 offers dual Gigabit Ethernet connections and support for overclocking and DDR3 speeds up to 2133 MHz. 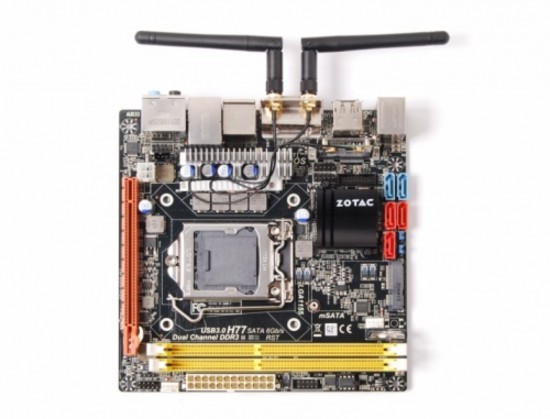