The card sports an extra large memory buffer of 4GB and the GDDR5 memory circuits operate at 4800 MHz over 2 x 256-bit memory interfaces.

The two graphics circuits are clocked at 850 MHz, 100 MHz higher than the stock clock of Radeon HD 5970. The card houses no less than six mini-DisplayPort outputs to enable Eyefinity6.

The cooling looks a bit like the one found on ASUS ARES and consists of two large aluminum heatsinks with copper heatpipes, one heatsink for each GPU. A large fan sits between the heatsinks and makes sure the heat is transferred out of the case.

As you can see, the smallest details, right down to the P90-themed gun case/LAN bag designed by the gaming apparel gurus at G8 Brand that keep your peripherals organized, have been thought through for you.

The graphics card is sold in a bag that has been shaped after the ”popular” weapon P90 and the price will be near $1200. 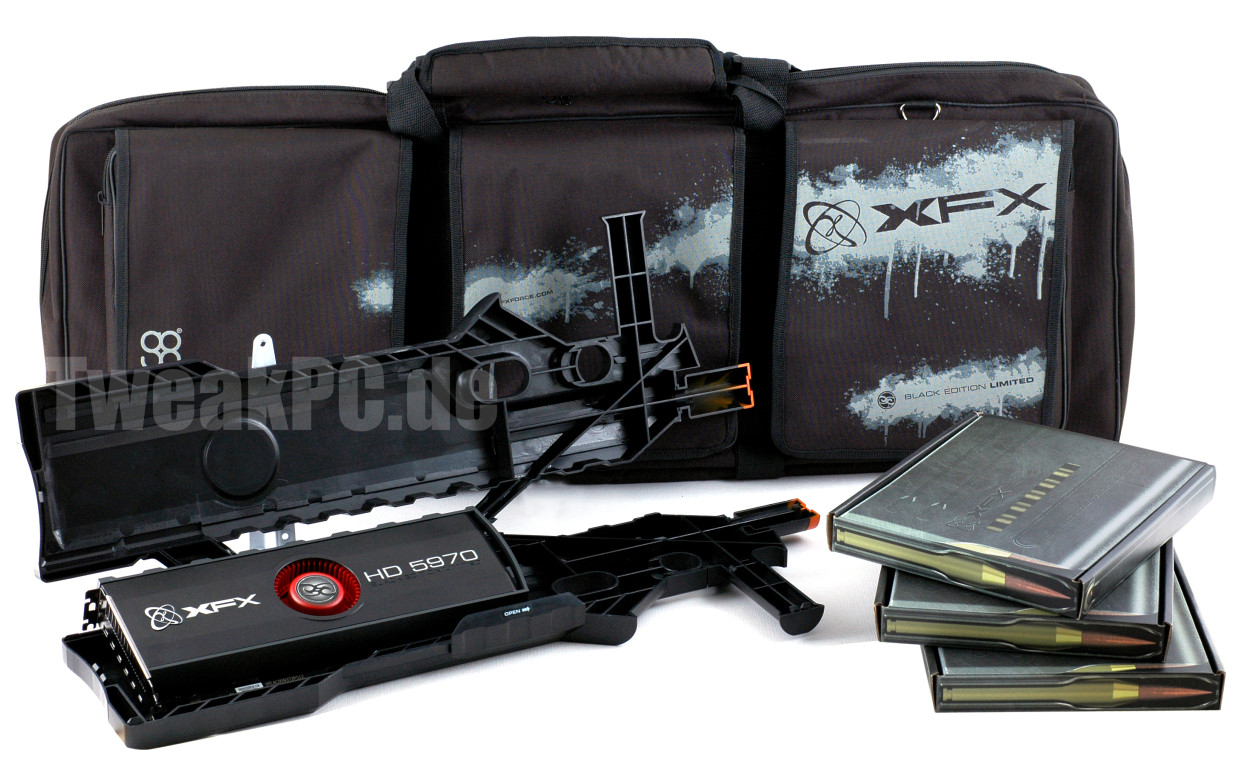