Western Digital has announced it has started shipping the first 3.5″ harddrive with  3TB storage capacity to retailers. As rumors have said it is a new top model of the Caviar Green series with four 750GB platters for a total capacity of 3TB.

WD Caviar Green 3TB is a SATA harddrive using the regular SATA 3.0 Gbps interface and 5400 RPM engine where the focus is put on little noise, power and heat before performance. The harddrive is assisted by 64MB cache and will be making about 30 dBA of noise when searching.

With higher storage density on the platters the transfer speed will be higher than previous models of the Caviar Green family, but no numbers were given at the time of release.

Beside a 3TB model WD has also introduced a 2.5TB harddrive that is otherwise identical to the 3TB model, but cheaper of course. Prices are around $170 for the 2.5TB and $230 for the 3TB model. 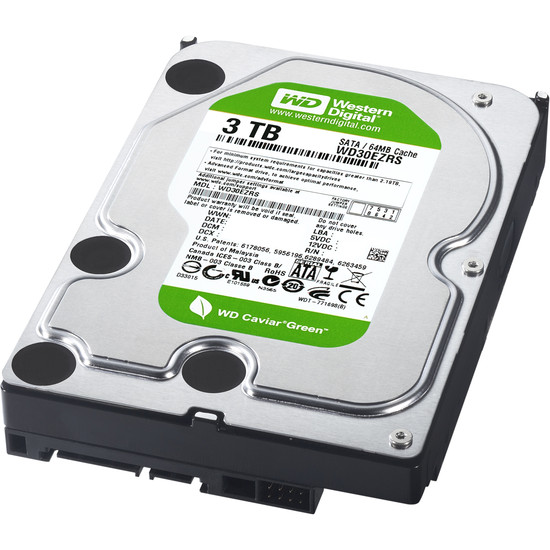 Worth mentioning is that current PCs, especially older models, may have problems using a harddrive with more than 2TB capacity. Something WD hasn’t been able to fix perfectly, even it does bundle with a separate SATA controller card from HighPoint (Host Bus Adapter) to solve as many conflicts as possible. 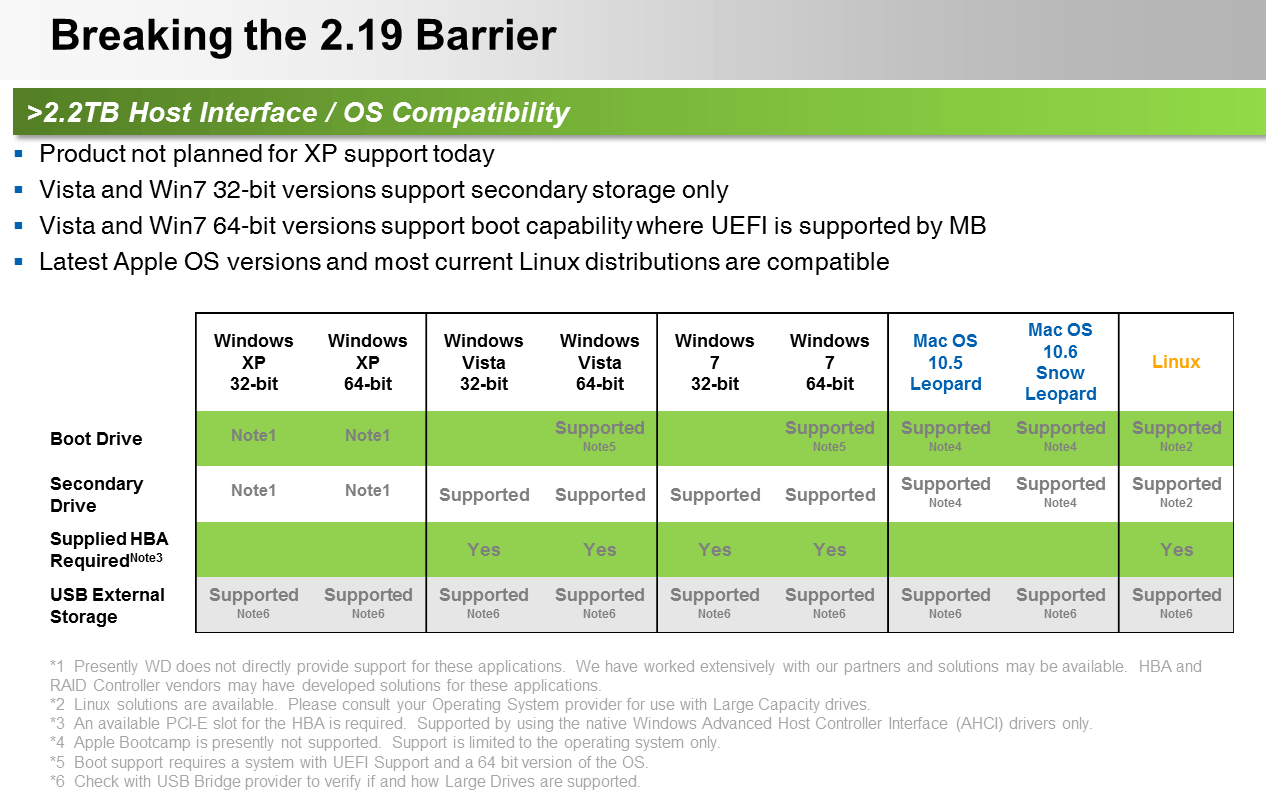 Drives with capacities in excess of 2.19 TB currently present barriers for PC hardware, firmware and software. To satisfy the new set of requirements of which users must be aware to successfully integrate larger capacity drives, WD is bundling its WD Caviar Green 2.5 and 3 TB hard drives with an Advanced Host Controller Interface (AHCI)-compliant Host Bus Adapter (HBA), which will enable the operating system to use a known driver with correct support for large capacity drives. For more information on solving the 2.19 TB drive barrier, please see the WD information sheet at http://products.wdc.com/largecapacitydrives.

This means you cannot use WD’s new harddrives as the primary boot drive in a PC. To do that you need a motherboard with UEFI compability and 64-bit Windows Vista or Windows 7. Alas, neither Windows XP nor Windows Home Server supports these drives.