Two enthusiasts at Defcon18 have presented a modified version of the DOD’s ”Gunnery Target Drone”. WASP has been redesigned to a flying WiFi sniffer that literally takes WiFi monitoring to a whole new levels.

When you thought that high fences, uncomfortable locations or perhaps even weak signals would stop or make it harder to monitor wireless networks, but these two nifty programmers have solved this with an autocontrolled flying unit that gathers data on wireless networks and devices it runs into.

It can of course do everything a regular computer can, but all active controls are dependent on the signal strength to the client. The maximal altitude is 6.7 kilometer and the black and yellow unit houses a VIA Epia 10000G Pico ITX system (1GHz VIA C7, 1GB RAM) powering a copy of Windows XP. 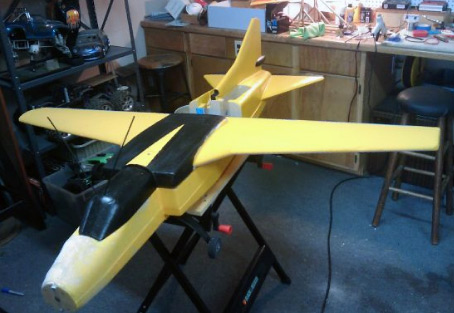 The project can, as revealed by the creators, be upgraded to do the same job for GSM as it already does for WiFi.

Watch the video interview at Hak5.

More on the project can be found at Rabbit-Hole.org.