TSMC has started mass production at 28nm, praise by all

Hem Nyheter TSMC has started mass production at 28nm, praise by all 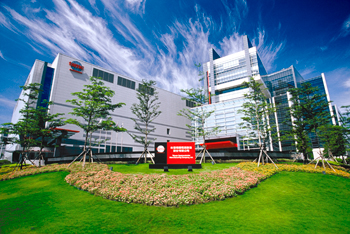 Despite a rough road toward 28nm, TSMC now officially announces that the 28nm process is in mass production and has started producing circuits in larger volumes. It confirms that it has shipped ready 28nm wafers to customers and the process is working in four types.

TSMC path to 28nm has been troublesome, and hopefully it will not be as problematic 40nm was initially. TSMC’s 28nm node has broken records, with customers lining up for 28nm and surpassing the number at the 40nm node. Over 80 customers has tasted their first circuits at 28nm, and at least as many more will make use of the new technology at TSMC. TSMC has no less than four types of processes at the new node, which is also new.

28HP (28nm High Performance) and 28HLP (28nm High Performance Low Power) will be the perhaps most commonly used processes, where 28HP focus on performance while 28HPLP will bring less potential but better efficiency. 28HP will be popular among companies like AMD and NVIDIA with their graphics circuits, while 28HPLP will be better suited for system processors based on the ARM architecture, such as chips for tablets and smartphones.

28HPM (28nm High Performance Mobile Computing) is a new addition and will be a mix of 28HP and 28HPLP. A guess from the office is that 28HPM will be the node used for higher-end system-processors based on ARM, for e.g. netbooks, notebooks, servers and such.

28LP (28nm Low Power) will be the only version of 28nm without HKMG (High-K, Metal-gate). With such low power going into the circuits there is no real performance to expect from circuits built with 28LP. It will be a process used for smaller integrated communication and logic circuits.

All processes will be available toward the end of the year, and the on taking the longest is most likely the latest addition, 28HPM. TSMC customers praise the company, and see the 28nm node as a big thing. With twice the transistor density, lower energy consumption and better performance it is hard not to agree.

”We applaud TSMC’s success bringing a robust 28nm process to market, and we look forward to leveraging the benefits of this new process when we ship our next-generation discrete graphics products,” said Matt Skynner, Corporate Vice President and General Manager, GPU Division, AMD. “The combination of AMD’s industry-leading graphics IP and TSMC’s manufacturing prowess will enable the next big leap in graphics performance with the parallel compute horsepower and power efficiency designed to meet the needs of even the most demanding gamer.”

“NVIDIA and TSMC have a history of delivering the most complex GPU architectures on state-of-the-art process nodes. This partnership has been among the industry’s most prolific, resulting in more than one billion GPUs shipped. Our close collaboration in developing 28nm processors will once again deliver the most energy-efficient GPUs and highest-performance graphics processors on the market,” said Jeff Fisher, Senior Vice President, GeForce Business Unit, NVIDIA.

“Qualcomm and TSMC have a long history of collaboration to bring to market the latest in mobile semiconductor technology on the most advanced silicon manufacturing processes, and we are excited to be introducing the first integrated smartphone processors at the 28nm node,” said Jim Clifford, senior vice president and general manager of operations at Qualcomm. “Most recently, Qualcomm’s work with TSMC yielded our Snapdragon™ S4 class of processors, including the Snapdragon S4 MSM8960™, a highly-integrated, dual-core SoC designed to reduce power in cutting-edge smartphones and tablets. The Snapdragon S4 class of processors are manufactured in TSMC’s highly sophisticated 28LP process, enabling Qualcomm to deliver the breakthrough combination of high performance and ultra low power to mobile devices.”

The first circuits at 28nm are expected near the end of the year, but there will be no graphics circuits in stores from AMD and NVIDIA until early 2012. AMD will according to rumors launch the first graphics card at 28nm, but the same rumor implies it will be a paper launch. One thing is for certain, the industry has taken a giant leap where graphics cards and system processors from ARM will get much greater performance and lower energy consumption.