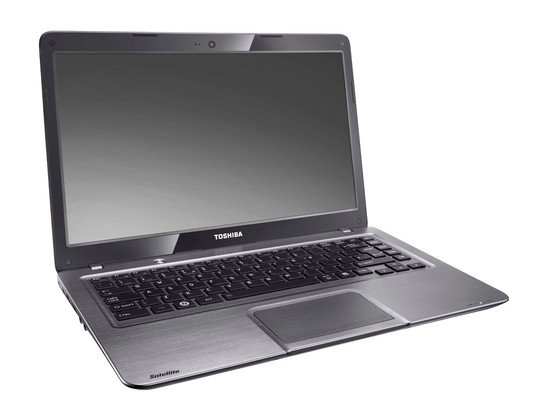 Toshiba has launched a new Ultrabook, without prior notice, called Satellite U840. U840 looks like a more refined version of Z830, but both thicker and heavier?

Toshiba showed a new Ultrabook at CES, which was said to be ready for sale in Q3 in the USA, but is already listed for orders. Satellite U840 is its first Ultrabook with 14″ screen with 1366 x 768 px resolution and aluminum case – unlike Z830 that is built from composite material. U840 has a backlit and spill-resistant keyboard, and it shows this one is for the business market.

The 320 GB hardrive spins at 5400 RPM and has 16 GB SSD for cache to store the most frequently accesse files, much like the Seagate Momentus XT series. There will be a version with a regular SSD says Toshiba. The connections consist of a network port, HDMI, two 3.5 mm plugs (audio in/out), memory card reader, two USB 2.0 and one USB 3.0 port.

Seen to measurements an weight it is larger than we are used to for an Ultrabook, especially since Z830 is only 15.9 mm thick and weighs 1.12 kg. U840 is 19,9 mm thick and weighs 1.59 kg (1.57 kg with SSD), which makes it one of the larger models we have seen. Hopefully there is a large battery inside to compensate, but everything points to a regular 6-cell battery with up to 8 hour battery time. The price will be 1.399 dollar. This may drop though when the model becomes widely available.