Thermaltake Armor A30 protect your components at LAN

Hem Nyheter Thermaltake Armor A30 protect your components at LAN

Thermaltake has presented a new case called Armor A30 that is developed for demanding users that move around a lot. Thermaltake Armor A30 supports micro-ATX and mini-ITX motherboards and is relatively small but still spacious.

Thermaltake goes as far as calling its Armor design bullet proof and even if we haven’t seen evidence the case can take a hit or two. With space for the longest graphics card and the most powerful graphics card it measures up quite well.

Armor A30 relies on good underpressure using a single 90mm intake fan and 230mm outtake fan on the roof and two smaller 60mm outtake fans at the back. The two large fans also sport blur LEDs and the noise will be between 15 dBA to 18 dBA.

Armor A30 houses four expansion cards and measures 266 x 291 x 456 mm. The steel case weighs 6.7kg where we also find a plexiglas window on the side. The case holds regular ATX power supplys, but is limited to 90mm high coolers.

Thermaltake keeps boasting and explains that the front panel has ports for eSATA and USB 3.0. It has also developed a locking mechanism, like the one BitFenix uses, to keep mouse and keyboard connected and safe. 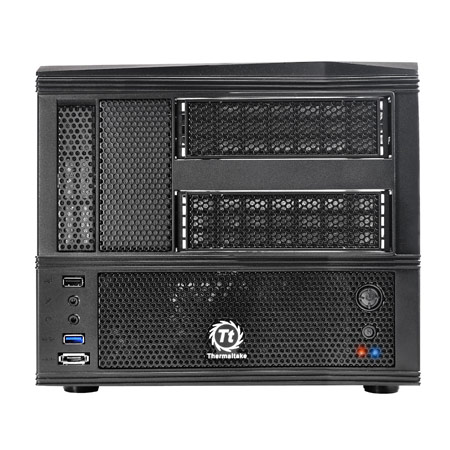 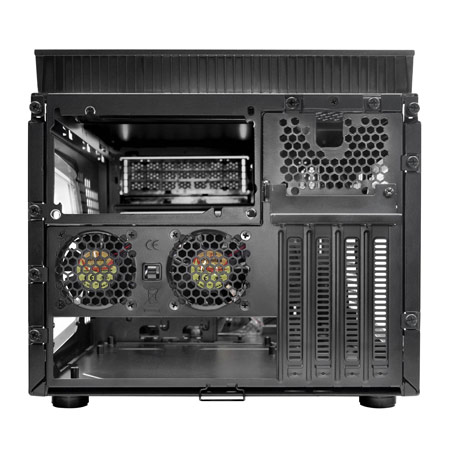 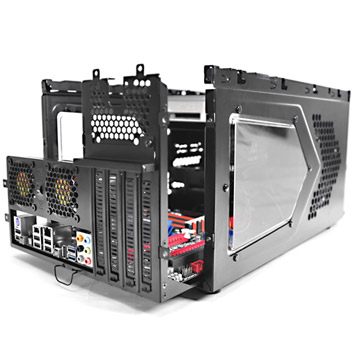