NVIDIA, Qualcomm, Marvell and Texas Instrument are just some of circuit manufacturers that are taking on the latest ARM processor architecture. ARM has taken the smartphone market by storm and the company is aiming even higher. Texas Instrument has revealed its latest creation that will succeed the popular OMAP3 SoC. OMAP4 is the name to remember and it sports two 1GHz ARM Cortex A9 processor cores.

A similar constellation can be found in NVIDIA’s powerful Tegra 2 circuit, but TI believes it can overshine Tegra in several aspects. It claims both its 1080p codec and the video circuit is more powerful than Tegra 2. At the same time OMAP4 support images at 20 megapixel resolution and can actually power up to three displays at the same time. The memory bandwidth is the last important advantage, says TI, since it enables them to offer much better multitasking performance. 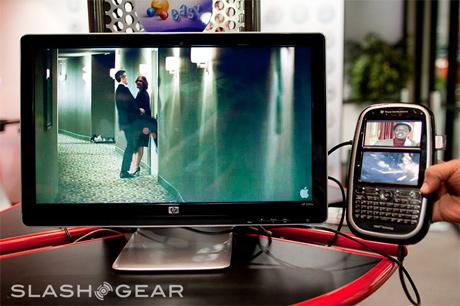 Texas Instrument has set the sight on the smartphone industry foremost and during a recent press event it showed what the new OMAP4 circuit can do. It showed a smartphone prototype that was built for showing the power and functions of the SoC and it didn’t hold back.

The unit uses the Android operating system and is of course just a prototype. We have seen worse product presentations though and OMAP4 is said to appear in retail products near the end of 2010 or early 2011.