Phenom II X6 1090T is AMD’s fastest hexa-core CPU with 3.2 GHz clock frequency, but this is far from what the processor can do. Emil ”Snowman89” Wadell decided to test the limits of his CPU this weekend.

Emil, cooling expert here at NordicHardware, took the oportunity to do some more extreme overclocking in the summer heat. A test system based on AMD’s Phenom II X6 1090T and ASUS Crosshair III Formula was used together with liquid nitrogen and a GeForce GTX 465 graphics cards for some impressive benchmark results. 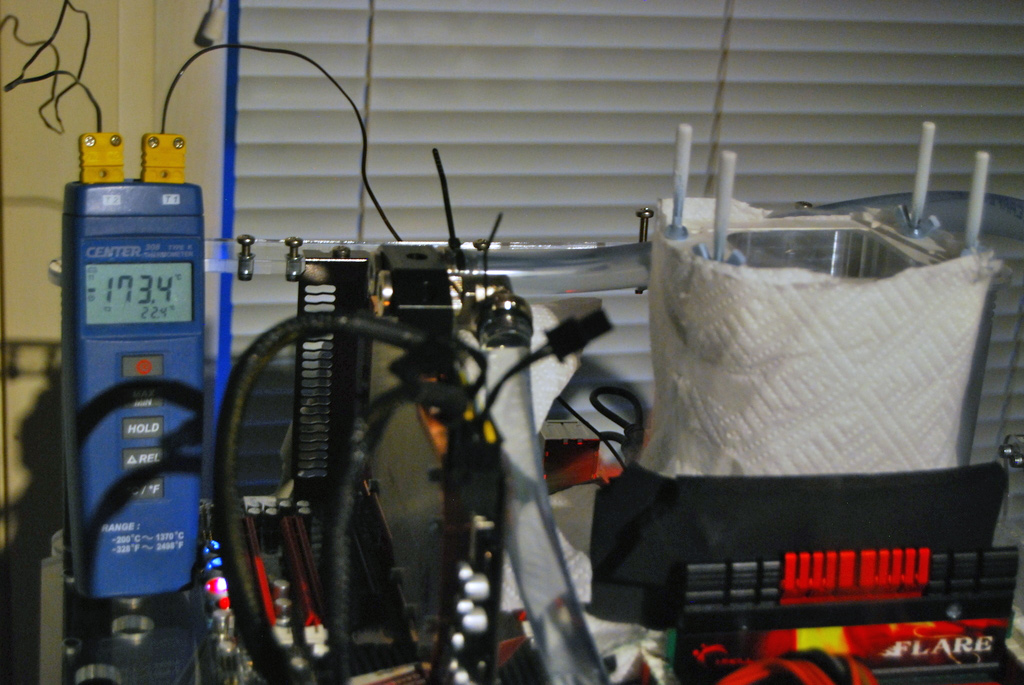 Despite a struggling system, and pretty bad humidity in the hot summer heat, Emil managed to push AMD’s hexa-core processor to more than 6.2 GHz.

The graphics card was cooled by water and reach 900MHz GPU clock frequency at only 35 degrees Celsius, a very low temperature for a GF100 GPU. This was enough to score 29,810 points in 3DMark06 with 5.9 GHz CPU frequency. 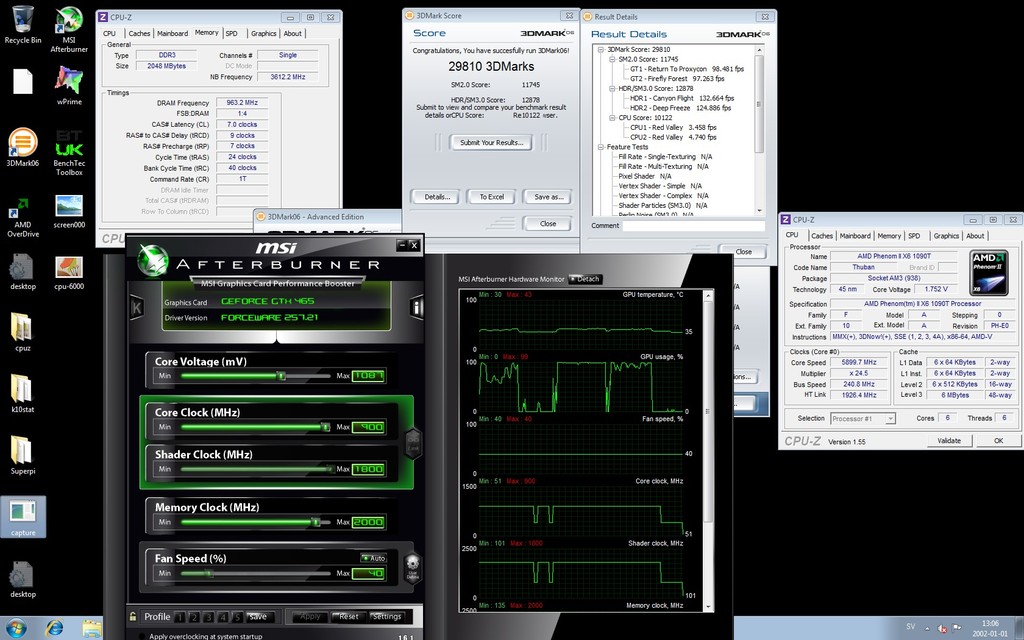 More information and pictures on the overclocking can be found in the Swedish forum.