SilverStone isn’t just about raw power. It has now announced an SFX power supply that fits inside even the smallest cases. Silverstone ST45SF measures only 125mm (B) × 63.5mm(H) × 100mm(D) and weighs 1kg. The output is rated 450W and achieved with 85 percent and 80 Plus Bronze certification.

Silverstone ST45SF is deigned for smaller systems and not the least HTPCs where power consumption rarely becomes a problem. To further strengthen the emphasis on HTPCs Silverstone has used a very silent 80mm fan, only 18dBA. 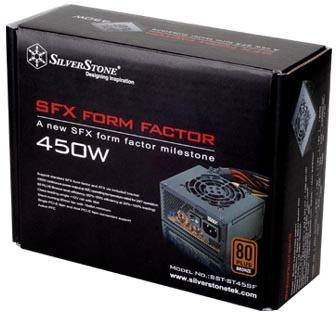 Silverstone ST45SF can be used in regular ATX cases too, and ships with an adapter to enable this. The PSU has a single 36A +12V rail and dual PCIe 6 pin power connectors and one PCIe 8 pin connector. 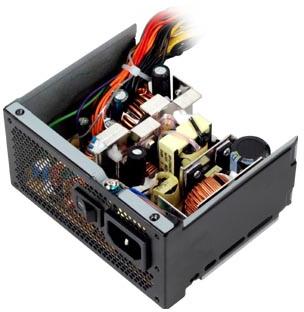