ASUS GTX 580 DirectCu II is a formidable graphics card for overclocking, specially under liquid nitrogen. We have reported on the card and overclockers (elmor and Kinc) progress in the ASUS lab, then the fpcus has been on testing a single graphics card. Last weekend they were reinforced by Petri ”SF3D” Korhonen and one became four and not surprisingly the gang focused on 3DMark Vantage.

The card has been pushed to 1500 MHz through the same test, but only in single configuration, which is a lot easier to handle than four, especially since the cooling is limited to slim GPU tubes. In the tests they used Kingpin’s Tek-9 that according to Petri was pushed to the limit of GTX 580’s heat development at 1200MHz already though Unigines Heaven and about 1100MHz in 3DMark Vantage. 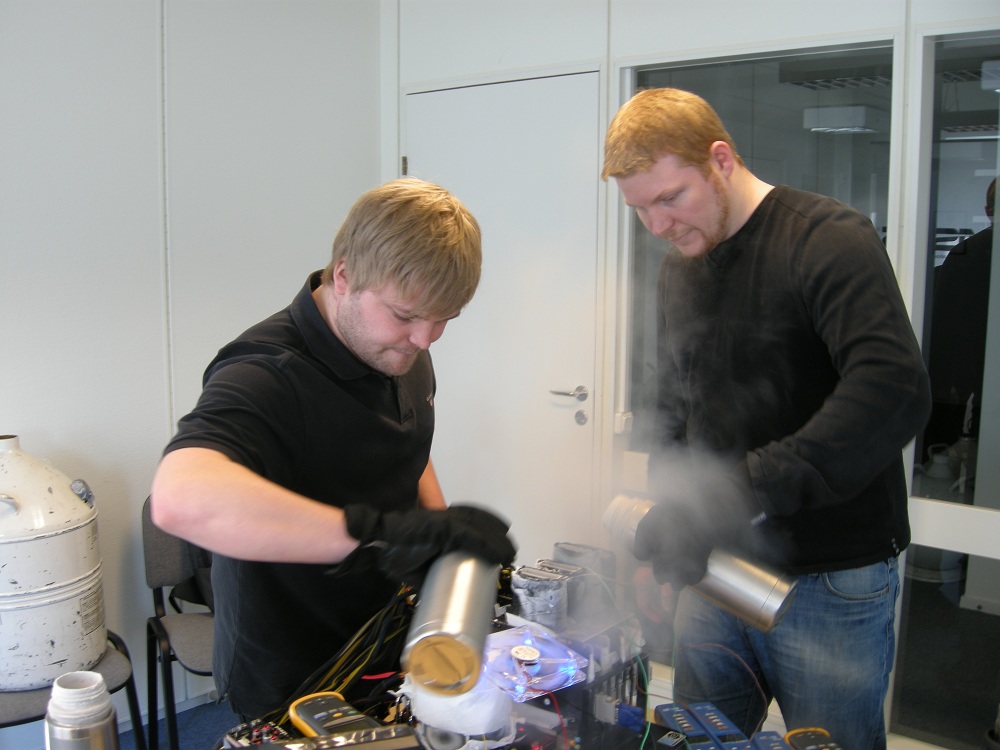 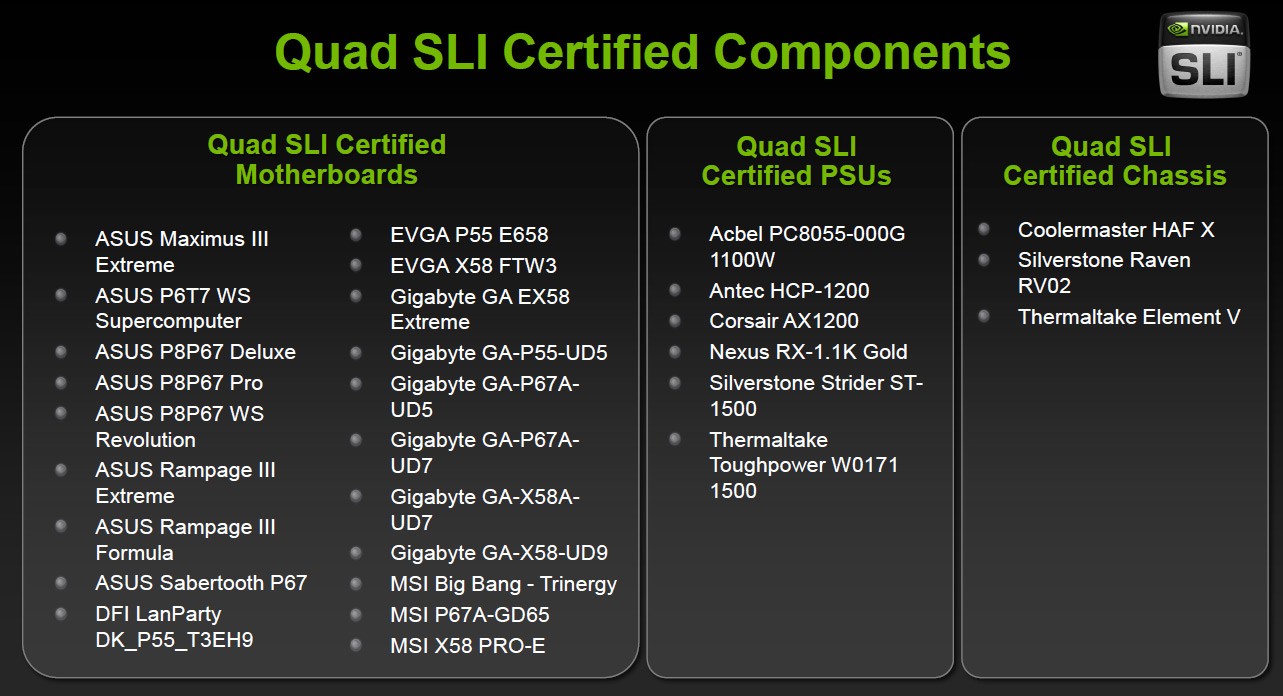 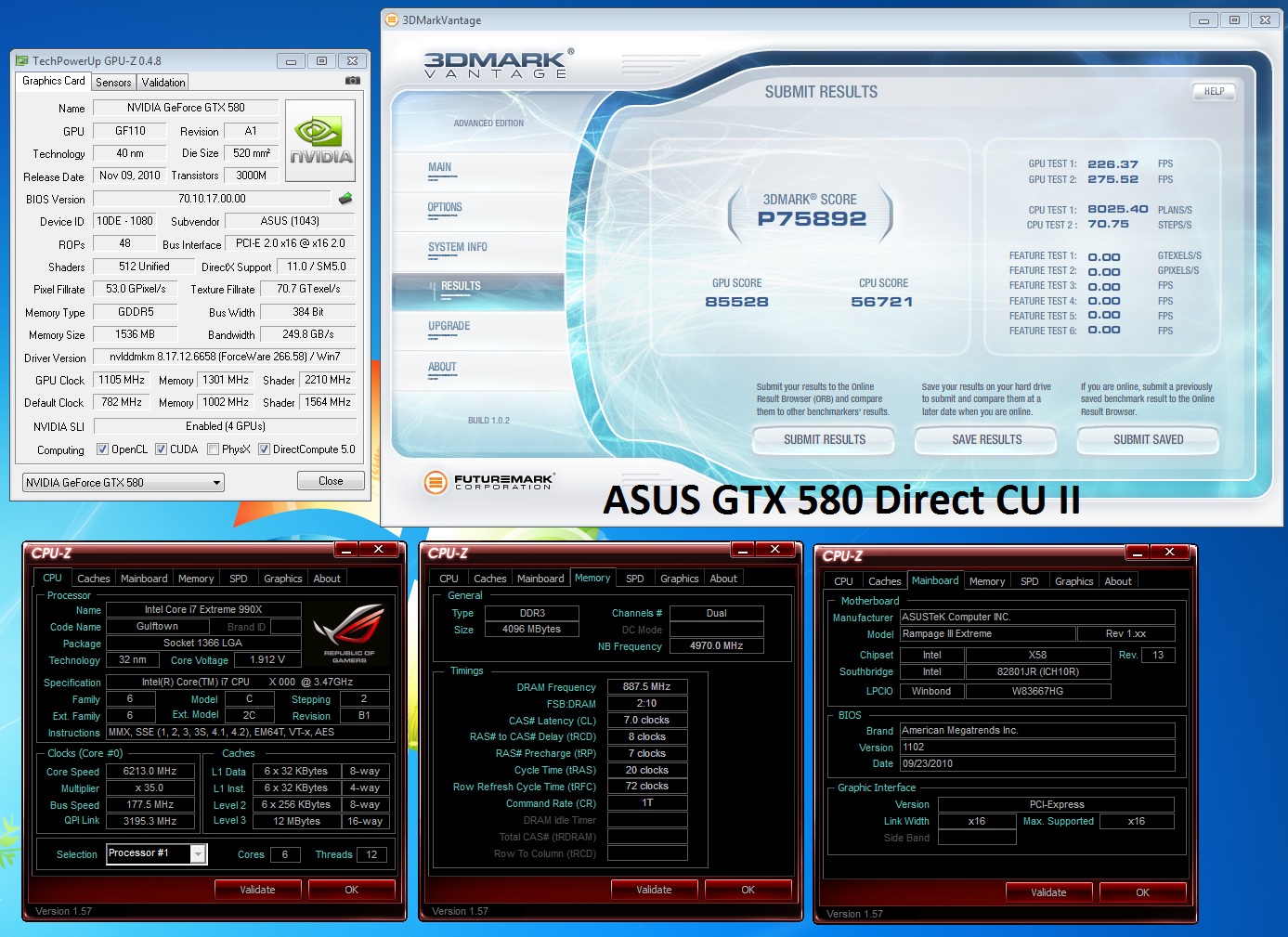 Beside this the trio found some time for Unigine Heaven, where the frequencies were pushed to 1200/1301, while the CPU frequency was lowered to around 6200MHz. 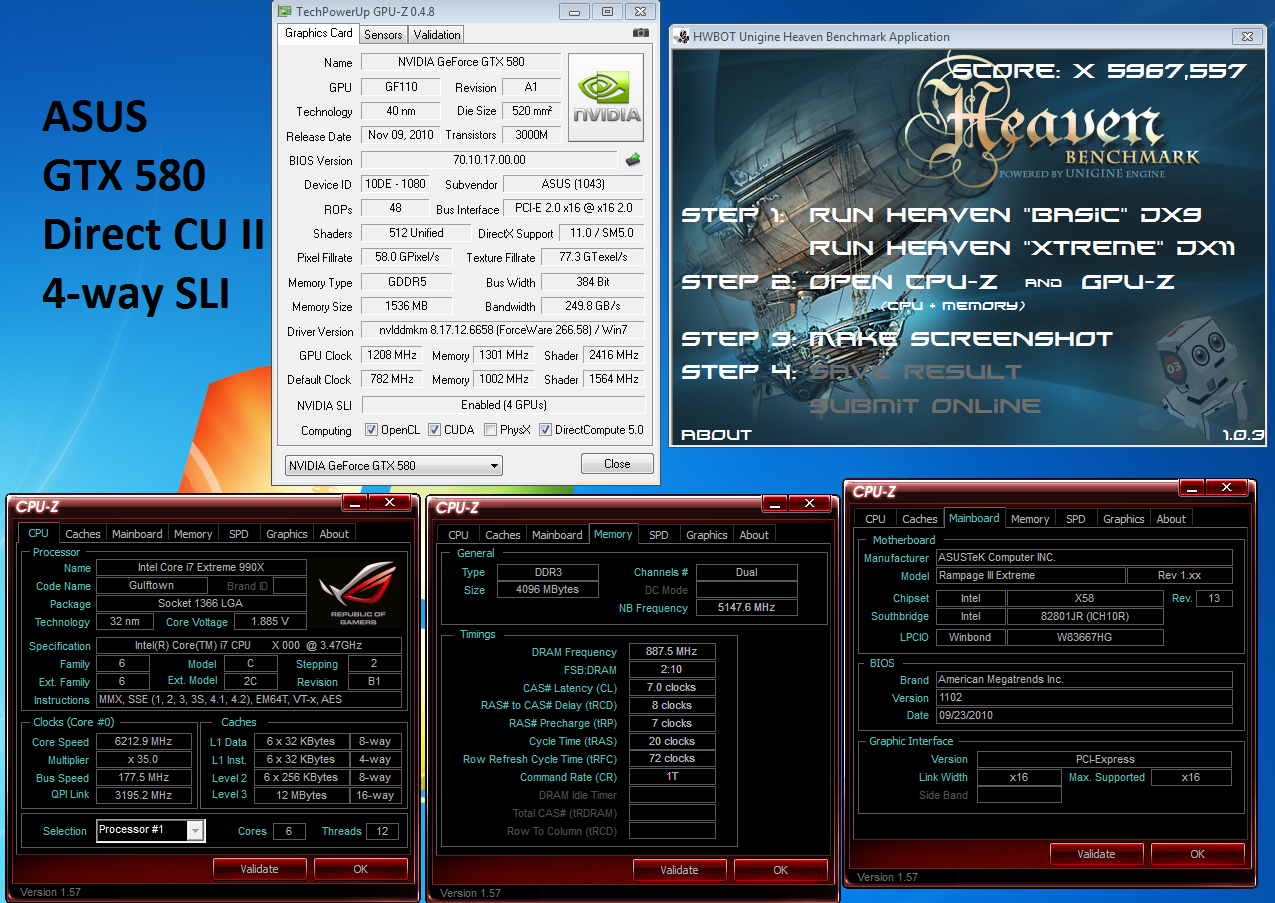 3DMark 03 also get a turn of attention, where the record was polished once again by SF3D, elmor and Kinc. The final score was 229 421 points, which is about 1200 points over the previous record set by NickShih. The frequencies was set a lot lower with the graphics cards (952/1259), since the test is very much limited by the CPU frequency, which was turned up to 6594MHz with over 1.9V. 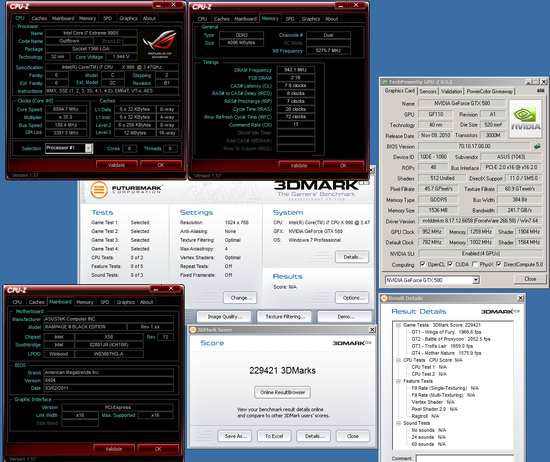 ASUS GTX 580 DirectCu II is without a doubt a monstrous graphics card and with gentlemen like SF3D, elmor and Kinc controlling it world records were to be expected. Now we’rewondering if the coming ASUS GTX 580 Matrix can improve this even further, while we of course congratulate to the new records. 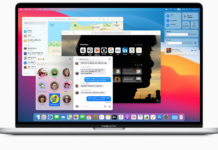