Taiwanese overclocker nickshih has published pictures of some of the most astonishing overclockings rigs we’ve seen over the last couple of years. After Intel officially unveiled the new hexa-core Core i7 980X processor nickshih has published results with frequencies around 6.5GHz and together with no less than four MSI Lightning 5870 cards for some wicked 3DMark results.

What is perhaps even more noticeable is when Nickshih paired two Xeon X5680 processors with EVGA’s dual-LGA1366 motherboard Classified SR-2. Together with four graphics cards and extreme chipset cooling he had a system with no less than seven (!) separate LN2 pots in one and the same system. A record by itself. 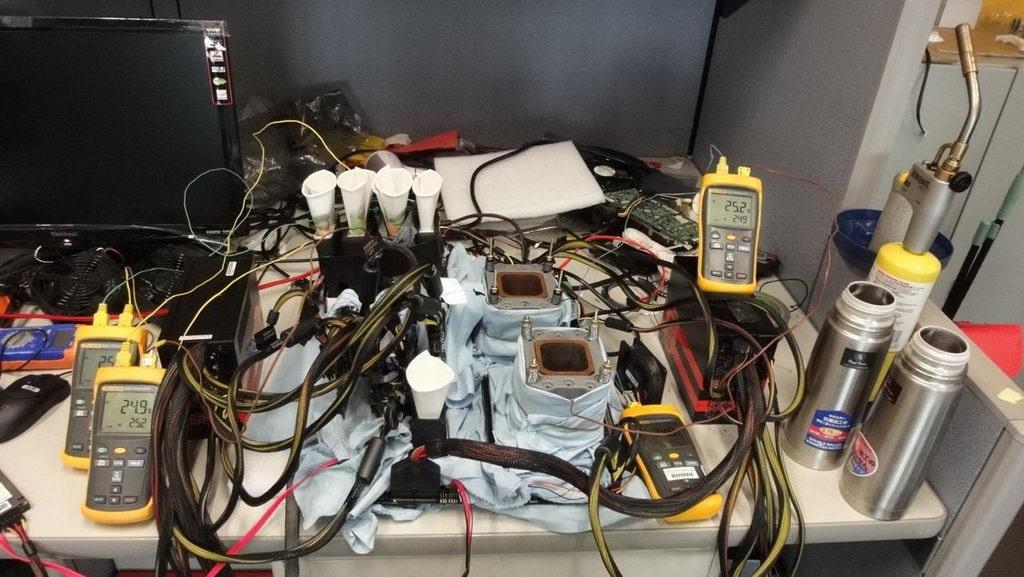 Nickshih claims that one of his MSI Lightning 5870 cards can complete 3DMark Vantage with 1500MHz GPU clock frequency, but he is yet to show any proof of this, though it would be another milestone if he does.

More pictures and information on Nickshih’s overclock at XtremeSystems forum.