Seagate has been taking a slow approach to memory-based SSD storage, just like competitor WD. Seagate has decided to shift gears and launch no less than four different SSD units for retail, businesses and servers. All in extremely thin 2.5″ formats and PCI Express.

Seagate 600 SSD is the series most interesting for consumers. These are models with 120, 240 or 480 GB capacity in a traditional 2.5″ format. Seagate has decided to launch two sub-series of 600 SSD. One with a profile of more traditional 7 millimeter and the other even slimmer at 5 millimeter. The latter being a profile that will most likely become more common in ultrathin computers. 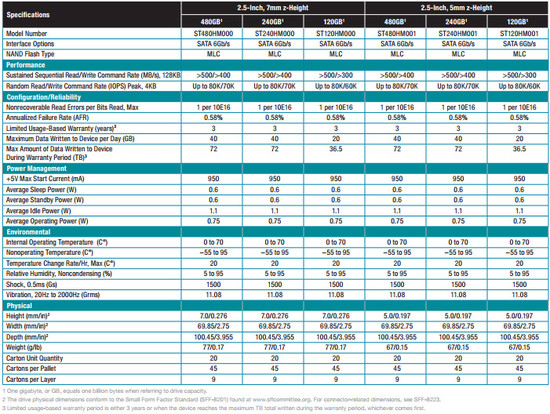 Seagate has used traditional 19nm MLC NAND flash memory made by Toshiba. After Corsair it is the first to use the Link A Media Devices (LAMD) LM87800 controller. A controller found in both Corsair Neutron and Neutron GTX, which we have tested in the past.

Seagate promises relatively high sequential read performance over 500 MB/s, while write performance is limited to between 300 to 400 MB/s depending on the model. When handling small random files the drives can deliver up to 80,000 IOPS when reading and 60-70,000 IOPS when writing data. The units sport the SATA 6.0 Gbps interface and are covered by three year warranties.

Seagate 600 Pro SSD is a sibling to the retail version of Seagate’s new SSD series. Here the emphasis is on durability and security with less space available, but instead a longer MTBF. Seagate 600 SSD Pro mainly targets companies and systems with high continuous load. Seagate promises class-leading efficiency with low energy consumption under load. Seagate 600 Pro comes in sizes of 100, 200 and 400 GB and comes with a five year warranty. 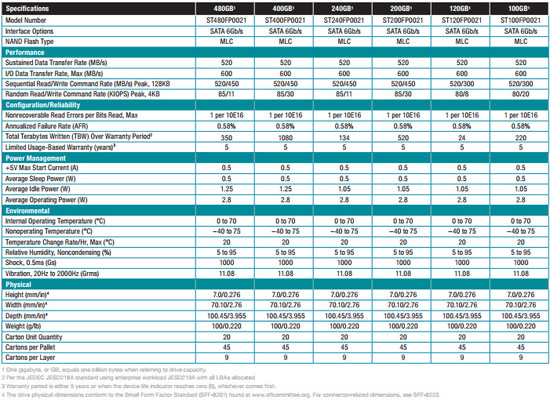 Seagate 1200 Pro SSD is tailored for server storage and applications. Seagate has used its own controller and a SAS 12 Gbps interface that in theory enables twice the bandwidth of traditional SATA and SAS interfaces. Seagate 1200 SSD can be found in capacities up to 800 GB and comes in 1.8″ and 2.5″ formats. 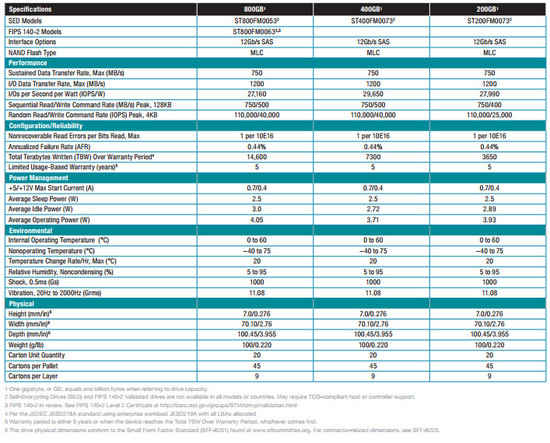 Seagate X8 Accelerator is the last of Seagate’s SSD launch and it uses the PCI Express interface. The storage unit uses technology from Virident and promises high performance, especially in servers. Among others, X8 Accelerator will be capable of 1.1 million IOPS, something Seagate claims is near DRAM performance. 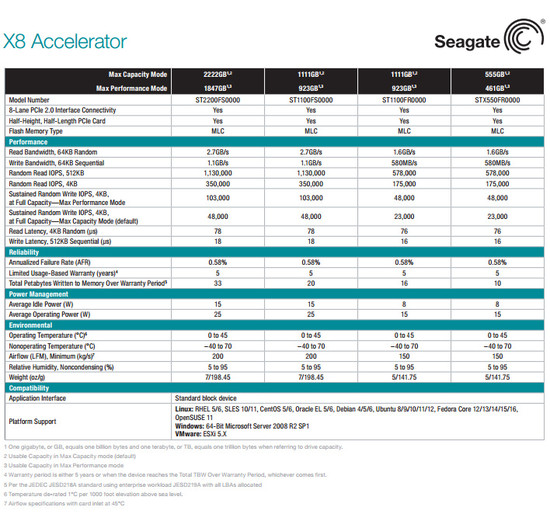 X8 Accelerator sports higher capacity, up to 2.2 TB and with its PCIe 2.0 x8 interface it will be optimized for databases and similar applucations with large data volumes and lots of activity. Seagate has not revealed any prices for Seagate 1200 Pro or X8 Accelerator.

Seagate has decided to get into the SSD market for real now and we are curious to see how the relatively known, but capable controller circuit from LAMD will perform. At the same time we eagerly await competitor Western Digital and its decision to give SSDs a serious try.