Seagate and senior product manager Barbara Craig has confirmed that it is working on 3TB harddrives for this year. Rumors that started earlier this months turned out to be correct. Barbara also decided to share some background information on the launch, which won’t be that easy though. To reach 3TB capacity they had to do more than just increase density of the platters and a great obstacle was how the operating systems handle harddrives.

The 512-byte sectors used by the majority of harddrives and operating system only support up to 2.1TB total capacity, which is also why companies like WD has launched the Advanced Format Technology with 4096-byte sectors.

The problem is that most operating systems doesn’t support these sector sizes. Windows XP for one, will not be supported when Seagate launch its 3TB harddrive with long LBA addresses.Windows 7 64-bit and Vista 64-bit are some of the versions that will work with the new LBA system.

The Master Boot Record sector had to be remade to support capacities over 2.1TB. All of a sudden you’re working with BIOS, RAID controllers and other components that generally doesn’t support more than 2.1TB capacity.

”Basically, with the original LBA limit set at 2.1TB, it seemed pointless for anyone else to prepare for any capacity beyond this, so we now have a situation where many hard drive controllers, BIOSes, drivers and operating systems are all set with caps of 2.1TB, and this is going to take an industry-wide overhaul to overturn.”

The good news is that most of the work is already done and that companies from all corners, even different harddrive makers, are working together to find a solution. The fruit of the labour is 3TB harddrives in 2010, which we really look forward to. 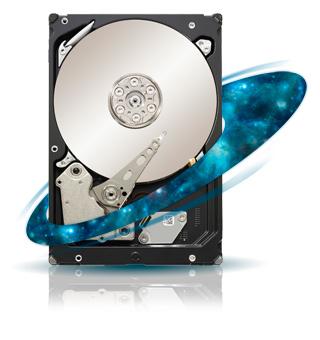