SCPC 2006 has now been updated with another monster result and this time its Marcus ’Kinc’ Hultin which has submitted a new world class score. His previous score at 22,154 points has now been improved to 23,343 and he has thus extended his lead. We can’t imagine that the competition will fold now, but most likely try even harder. We’ve seen some nice results from Dennis ’iQ’ Johansson Lassas and hope to see more from both him and others. The new top score was set with an Intel Core 2 Extreme QX6700 clocked at 4920MHz (15x328MHz) and was cooled by a mousepot rev 3 and liquid nitrogen to a temperature at -110°C. 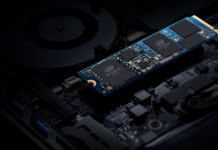