Sapphire is usually fast to come up with its own designs for AMD’s graphics cards, but it has been surprisingly quiet since the launch of the Radeon HD 5000 series. It has a bunch of cards out on the market, but few really stand out. A trend that is expected to turn with a new flagship product in the form of a tweaked Radeon HD 5970, that will appear at CeBIT.

It released the Vapor-X and TOXIC versions of Radeon HD 5800/5700 earlier on, but Sapphire now promises that its special dual-GPU card will be something out of the ordinary.

The card that sports dual Cypress GPUs will not only sport a unique cooling solution (perhaps even water cooling?), but ship with 4GB GDDR5 memory (double up) and higher clock frequencies from factory.

Sapphire didn’t want to reveal anything more specific, but we can’t help seeing some similarities with ASUS ROG ARES and a fight between them would be very interesting to follow. 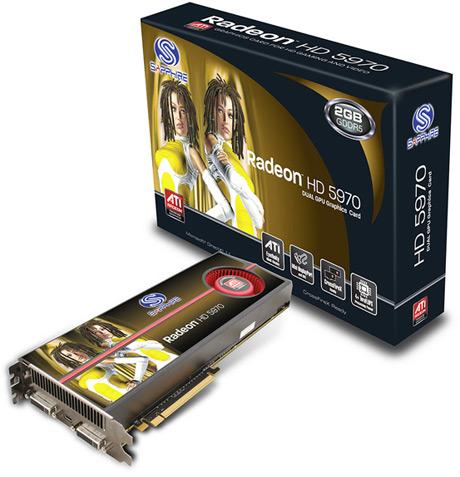