Sapphire Radeon HD 5850 Toxic will ship in a new costume sporting 2GB memory and unlike Sparkle that beefed up a GeForce GT 220 with 2GB memory Radeon HD 5850 actually has a GPU that could use this. Games with large textures and heavy effects can make cards with just 1GB walk on their knees, but that shouldn’t be a problem with Sapphire’s new beast.

Sapphire HD 5850 Toxic 2GB ships with a slightly tuned GPU frequency, 765MHz, while the larger memory buffer spins at a higher frequency as well, 4500MHz compared to the stock 4000MHz.

Sapphire has gone with the Vapor-X cooler for keeping temperatures on the right level. With HDMI, DVI and DisplayPort outputs there is Eyefinity support and the price tag is said to be a few tens above the 1GB model, perhaps around $300. 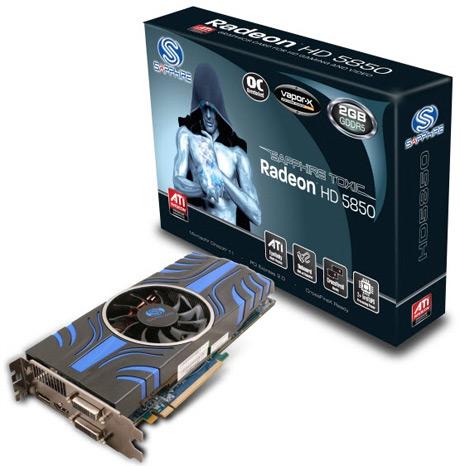