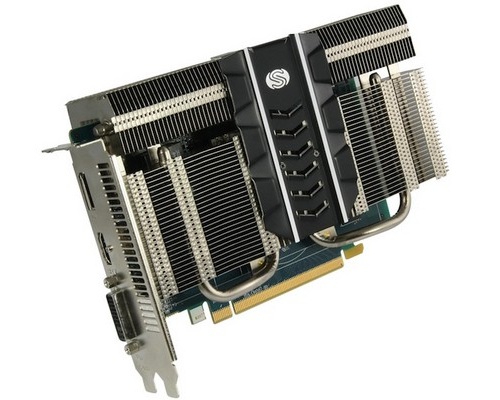 Less than a month has passed since the launch, but already creative versions of AMD’s minor in the HD 7000 family – Radeon HD 7750 –  are surfacing. Sapphire focus on silence with Radeon HD 7750 Ultimate, ”the fastest passive 128-bit graphics card on the market”.

As with previous generations of graphics cards from AMD it has just been a matter of time before passive cooled cards would appear, and first is Sapphire. In a recent press release it announced a graphics card that aims for HTPCs and other computers where noise is forbidden.

Sapphire Radeon HD 7750 Ultimate has a retail box with a ninja, is not unverclocked from factory unlike many other passive cards, but ships with reference clocks: 800 MHz GPU and 1125 MHz (4500 MHz effectively) on the 1 GB GDDR5 memory. Sapphire says the card is most likely the fastest passive 128-bit graphics card on the market. Whether the voltages have been lowered or if the voltage control is limited for overclockers is not revealed, but with its 55 W TBP we have a hard time seeing the card overheating anytime soon. 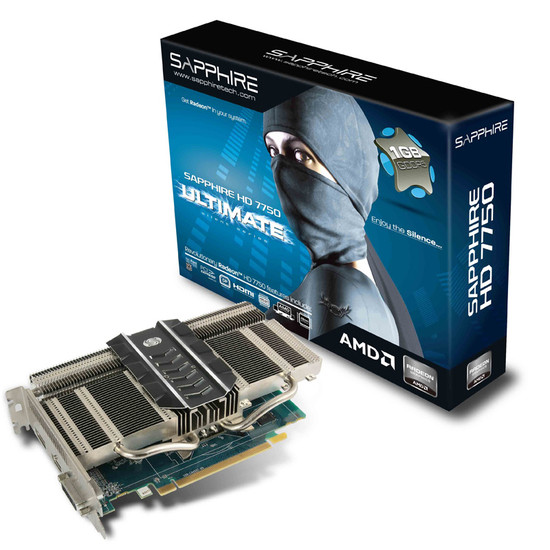 The card offers the same monitor outputs as the reference version of Radeon HD 7750, which are Dual-Link DVI-I, HDMI 1.4 and Displayport 1.2. There is no information on the recommended price or availability date, but should be shipping in the coming days.