A question many have been wondering about is what will happen to the bundled stock coolers with the more expensive processors? Intel seems to have been going back and forth on this very issue, but according to the latest news Sandy Bridge-E will ship without coolers since these will be sold separately from Intel.

Earlier this week we wrote about how AMD is considering to bundle Bulldozer with water cooling and then reflected about on earlier stories where Intel had been considering shipping Sandy Bridge-E with water cooling. They were of course thinking about closed systems like Corsair H50 and Antec Kühler H20 620, but according to recent findings Sandy Bridge-E will ship without any kind of cooling. 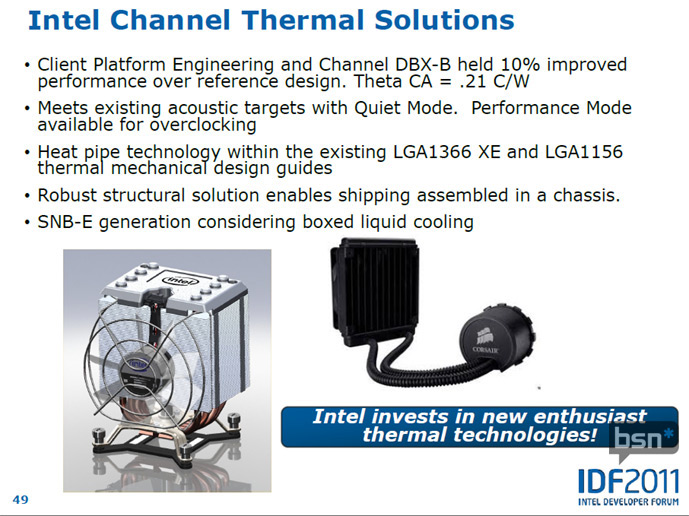 Before someone asks the processor does not have a Flux Capacitor for any kind of self-cooling ability. The processor needs cooling and instead of shipping one with each processor Intel will sell its coolers on the side under its own branding. It started shipping its hexa-core processor, Core i7 980X with cooler dubbed DBX-B, which actually did a good job, when compared to after market coolers, and even left some room for overclocking. 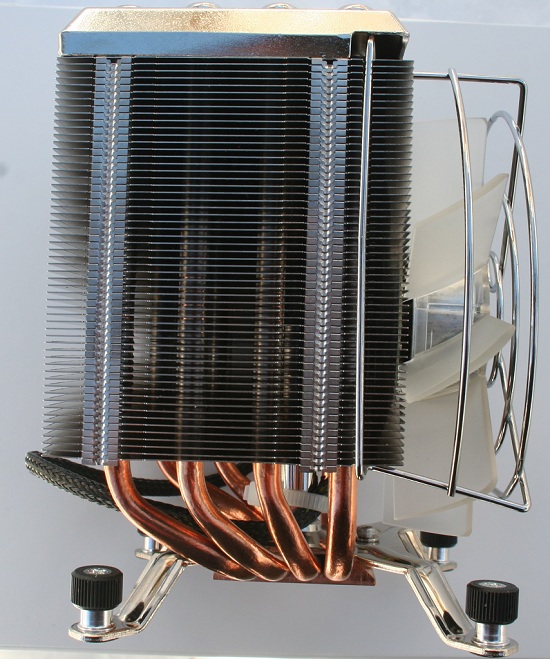 Intel DBX-B, a big step up for bundled processor coolers in the past

If DBX-B returns in Intel’s new cooler series we don’t know, but if we are to trust these sources there will be several coolers. It also means that the water cooling we mentioned before may appear on the shelves next to Intel’s processors for Socket LGA 2011, together with other coolers from Intel.

They also talk about the energy consumption where TDP will be 130W, but the actual power consumption may scale up to 180W without overclocking. Intel has also told power supply manufacturers that they need to deliver 23A on the 12V2 rail, if they have an efficiency of at least 80 percent. If this is correct it sounds like the right move for Intel to skip the small stock coolers and instead offer real alternatives – or allow the consumer to buy an even better from a third party.

The most affordable option, Core i7-3820, will come later?

Last there is also talk about the models that are about to come. Intel Core i7-3930K and 3960X will be the new hexa-core models and the first to be introduced on the platform. The quad-core model Intel Core i7-3820 will arrive later on. Those who are waiting for LGA2011 will Intel Core i7-3830K the cheapest initially, but the term ”cheapest” is of course used loosely here. LGA 2011 is expected to arrive in Q4.

We recommend our readers to take in this news with a pinch of salt until we hear more, but juding from earlier stories and leaks this does seem to have some substance. If Intel decides to ship all LGA2011 processors without coolers it could be the start of an interesting trend, especially if AMD follows – and if the processors actually become cheaper.