Exactly how Samsung imagined that the transparent panel would be useful in notebooks we don’t quite understand. The company says that it doesn’t need any powerful backlighting and can thus lower power consumption in a mobile product, e.g. a notebook.

The test product Samsung has presented at FPD China 2011 is based on a 14.1″ display with 1680 x 1080 pixel resolution. The panel also has four white LED backlights on each edge, but will be completely transparent when the power turns off.

More interesting uses for transparent LCDs that Samsung has presented are the 22″ and 46″ TVs that could be hanged in front of a window or a mirror for a nice background image when the screen turns off. Samsung will launch the first commercial products sporting transparent displays in July 2011, we don’t know the shape of these yet. 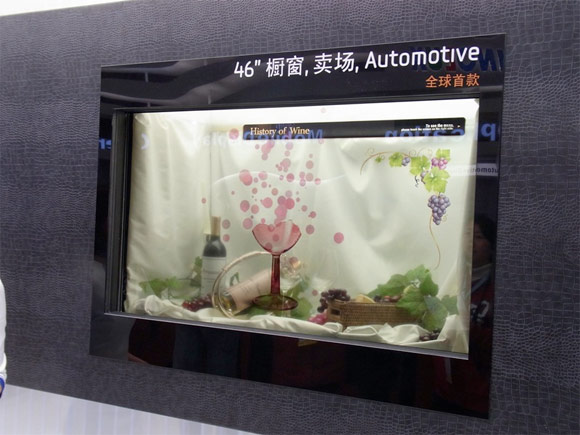