As late as last week we got a sample of Radeon HD6870. The idea was to test and overclock the card using liquid nitrogen. This was to show what AMD’s new circuits are capable of using extreme methods. The goal was to get results for launch day, but no matter how much we wanted it just wouldn’t go. The results are more or less disappointing.

The card I tested was one of AMD’s reference cards, which means it is one of the first cards to leave the factory. The card did well in the first runs and made a good impression. With only stock voltage the card climbed up to 1000 MHz GPU and 1175 MHz on the memory. So far everything was going fine and performance scaled well with the clock frequency.

The next step was to up the voltage and beat Jonas ”Mean Machine” Klar’s result, which was a GPU frequency of 1030mhz+. Jonas reached this with retail cards that should be more mature, but our hopes were still high. This was not as easy as we had thought, and the card simply refused to work at anything but the stock voltage of ~1.175V. Since we have seen others do 1.30V and higher our first thoughts was that the software wasn’t working well. After some research online we decided to hard-mod instead, just to be safe. This improved nothing, it actually made things worse.

The problem was that Windows refused to load anymore. At the Welcome screen it hang, and resulted in a BSOD with the message that the driver had crashed with a critical error. We simply had to remove the mods and clean the card we just did. Well inside Windows again we had to test altering voltages through software again, higher GPU voltage was an evident demand from the GPU to work at higher frequencies. 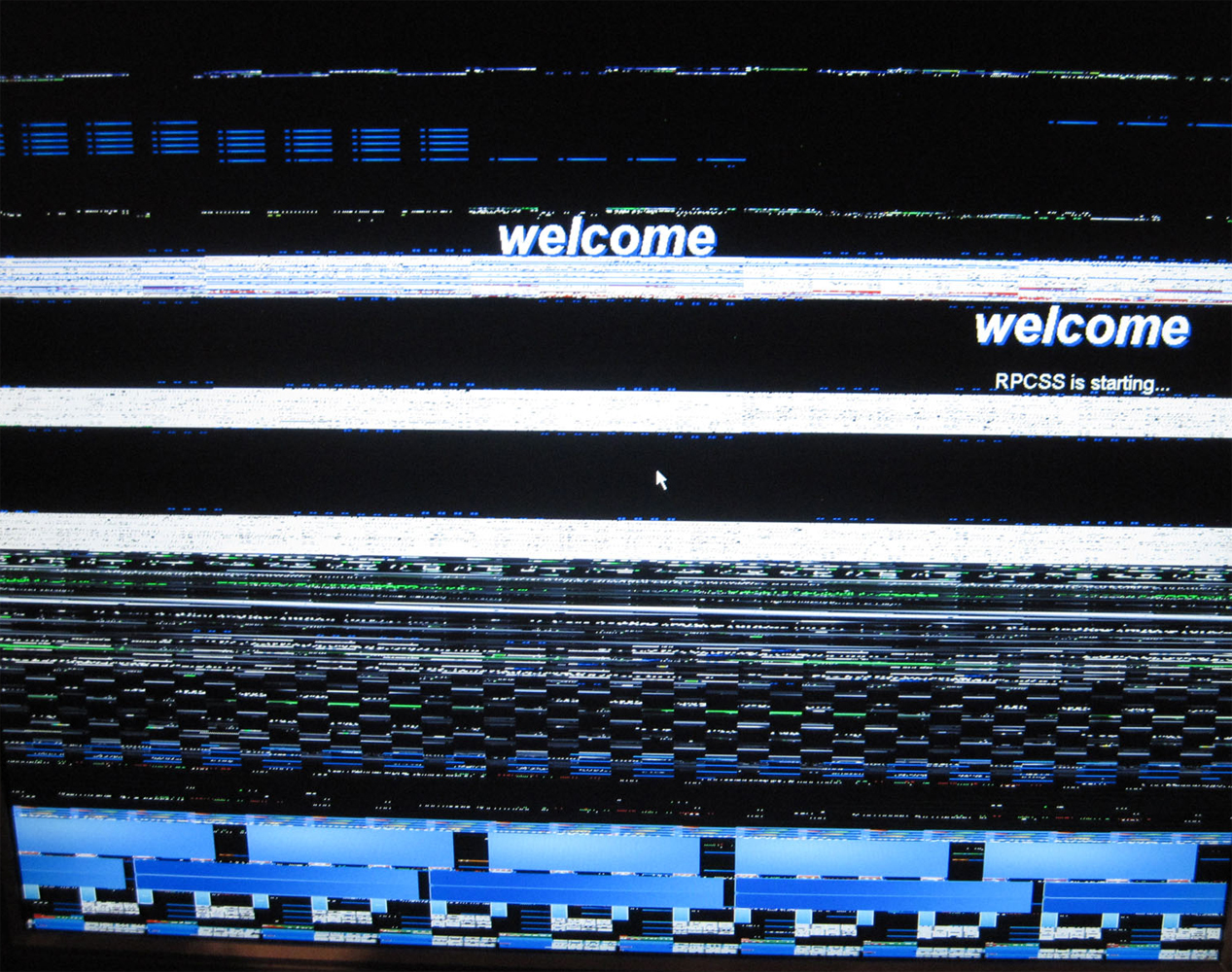 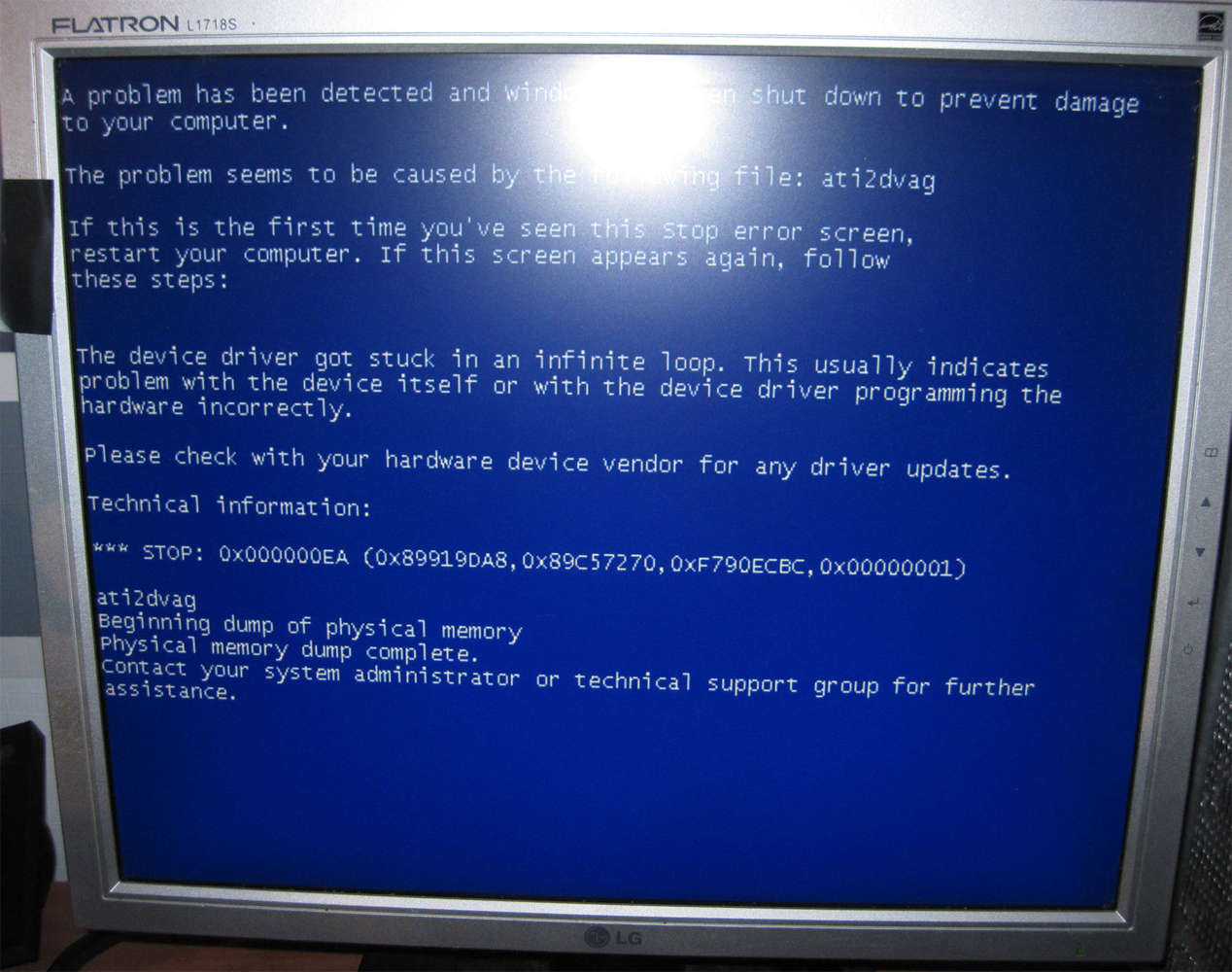 Through software it is possible to adjust the GPU voltage up to 1.235V. Anything higher resulted in a BSOD and reboot. Since the value was stored even when rebooting we had to shut it down altogether when things crashed. The next thing to test was if the GPU was somewhat stable in ranges from 1.20V to 1.235V. It was not. To run at stock frequencies was fine, but when trying to push the card to new heights turned the higher voltage just made the card unstable. We just had to accept that there was nothing we could do about the voltage, but just run stock voltage throughout our tests.

After these setbacks it was time to get started and cool the card with liquid nitrogen. We of course knew that there wouldn’t be any super-high frequencies, but still hoped for well over 1000 MHz. With 20 liter liquid nitrogen and Ryba’s slim GPU pot mounted I started to cool down the card. It didn’t take long before the card showed symptoms of another problem. Wth the GPU pot at 10 degrees Celsius our 6870 simply didn’t want to play anymore. Once again we had trouble getting into Windows, and once again we got artefacts. The unthinkable turned out to be true, the card had some form of coldbug. Of course, you don’t want to give up right away, but despite more attempts the card refused to work at temperatures below room temperature.

The question was what can we do with a card that refuses to work with higher voltages and lower temperatures. The answer is to test its potential by simply running the processor under nitrogen, and see if we can get any kind of interesting results. Luckily we have HWbot – where you can compare your results with a whole database of comparable graphics cards. 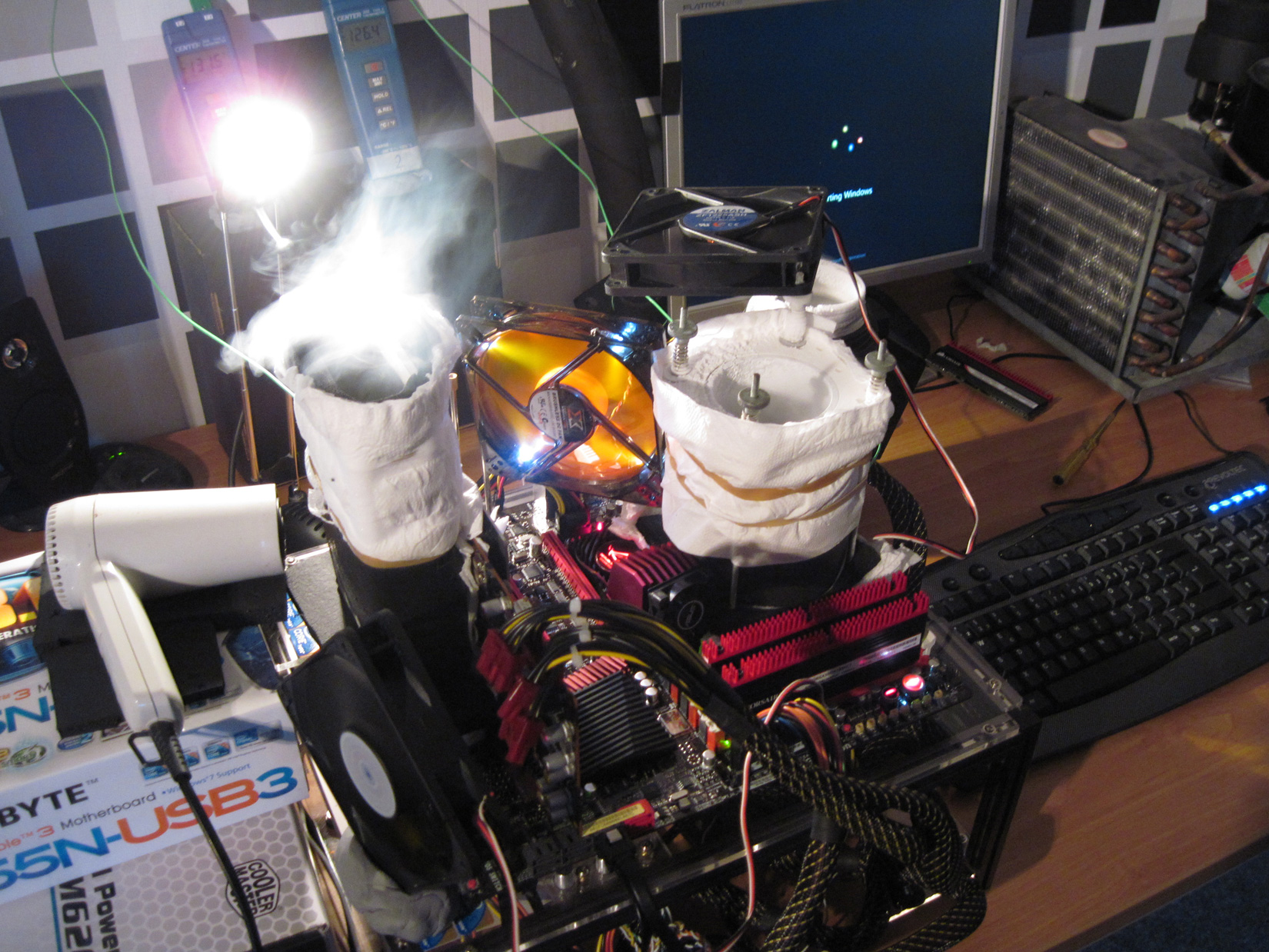 First we have Unigene Heaven benchmark. Through HWbot’s own script we runt a round of Extreme mode. The point landed at weak X837 with the GPU at 975 MHz and the CPU at relatively easy 5.8Ghz. The result can be compared to Radeon HD5850 that on HWbot has similar results at 985 MHz GPU clock, and 5870 that does with only 950mhz. 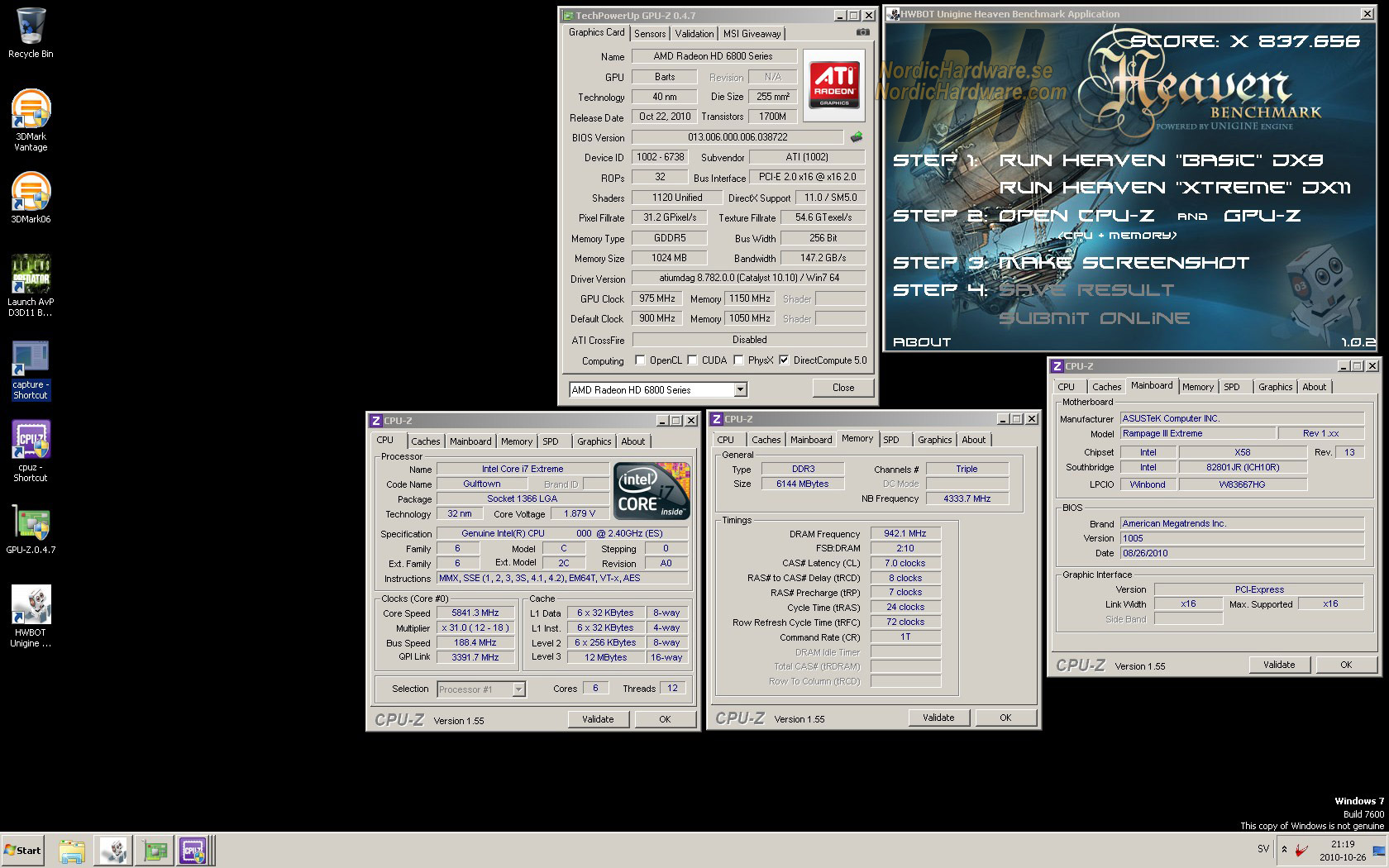 3Dmark Vantage is another benchmark where you need a strong graphics card for a good score. Running the CPU at high frequencies doesn’t help much when the graphics card doesn’t want to play. We got only 1000 MHz on the GPU which gave us aorund 21,000 points. A HD5850 scores 23,000, while HD5870 can do up to 24,500 points at similar frequencies. 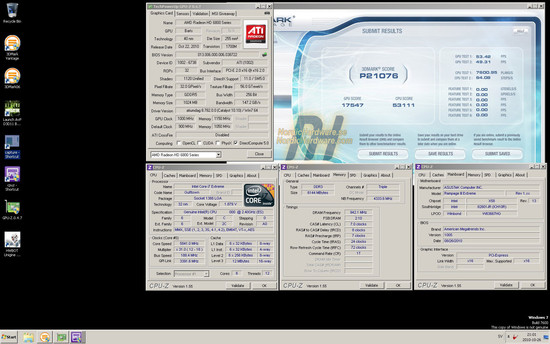 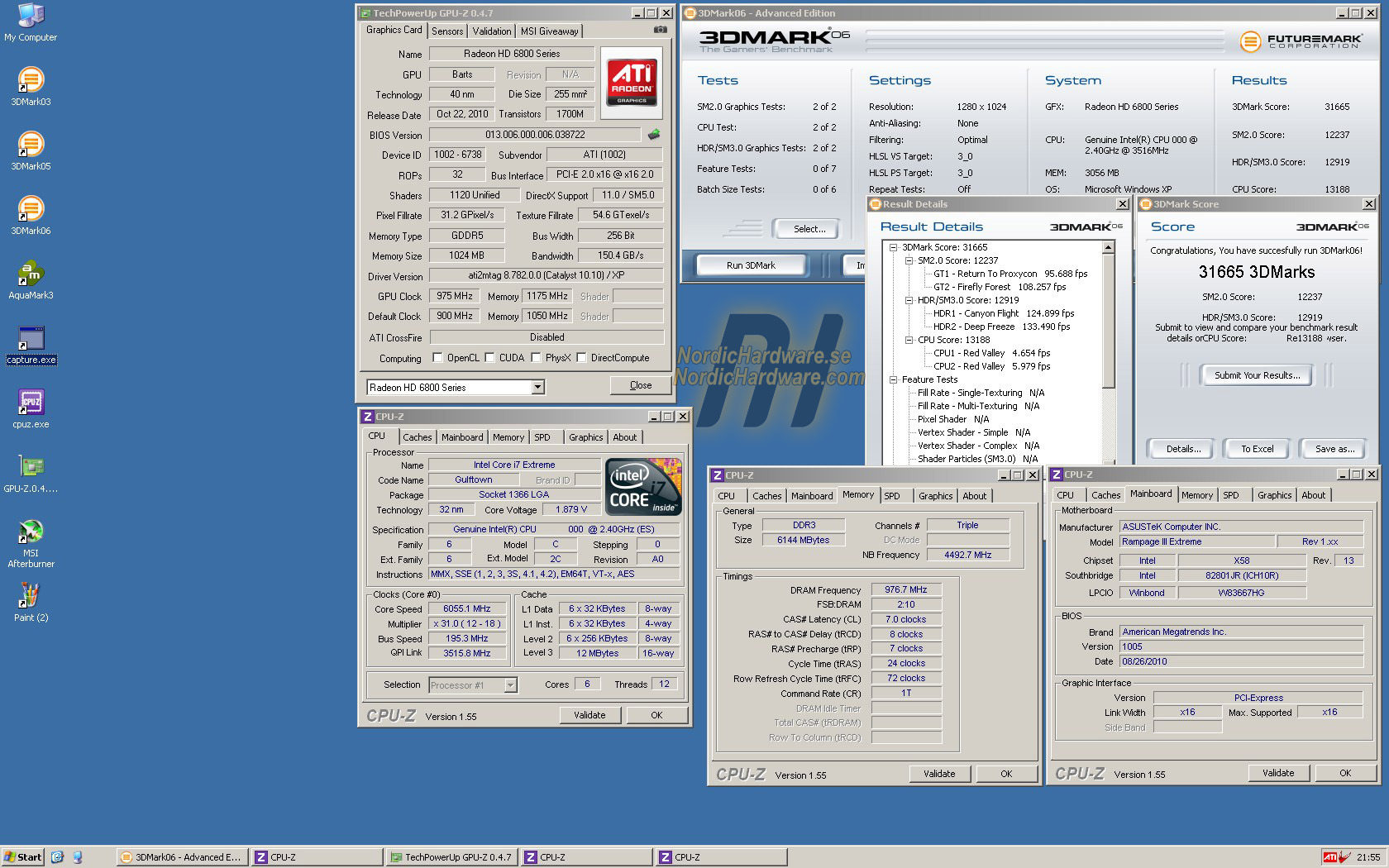 3Dmark05 is also a benchmark where high CPU and memory frequencies is what counts. With the CPU at 6100 MHz and GPU at 975 MHz we reached 43,647 points. This is slightly worse than both 5870 and 5850 at similar frequencies. Also Geforce GTX460 768MB is faster in this test according to HWbot. 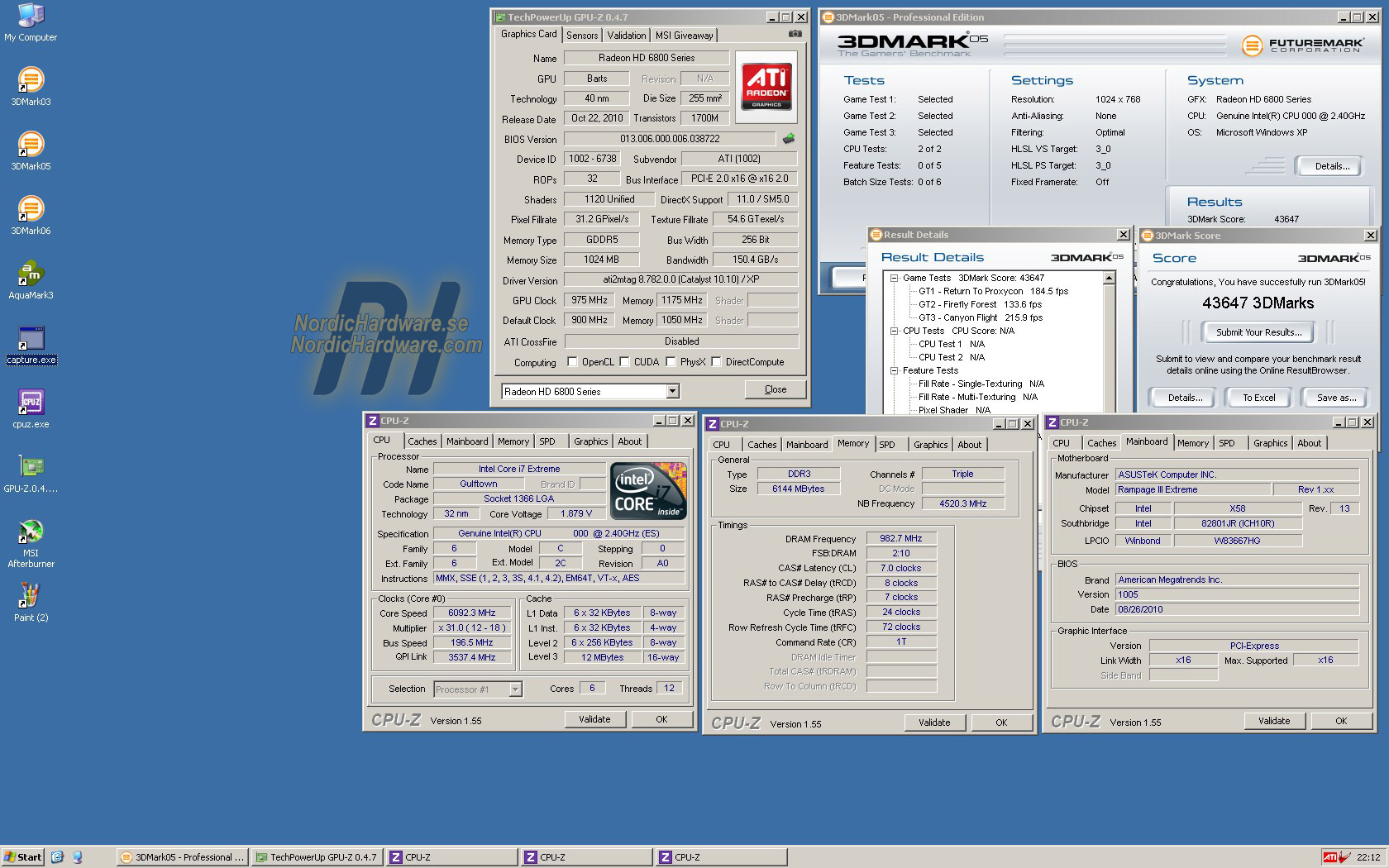 3Dmark03 and Aquamark are slightly less interesting. In 3dmark03 it’s almost only GPU performance and with only 975 MHz on the core it matters less what the CPU runs at. The result was meager 93,050 points. Aquamark is a completely different story. Here the story is reversed and it is just about CPU and memory performance. We scored 391,150 points, which is accepable for a single mid-range card. 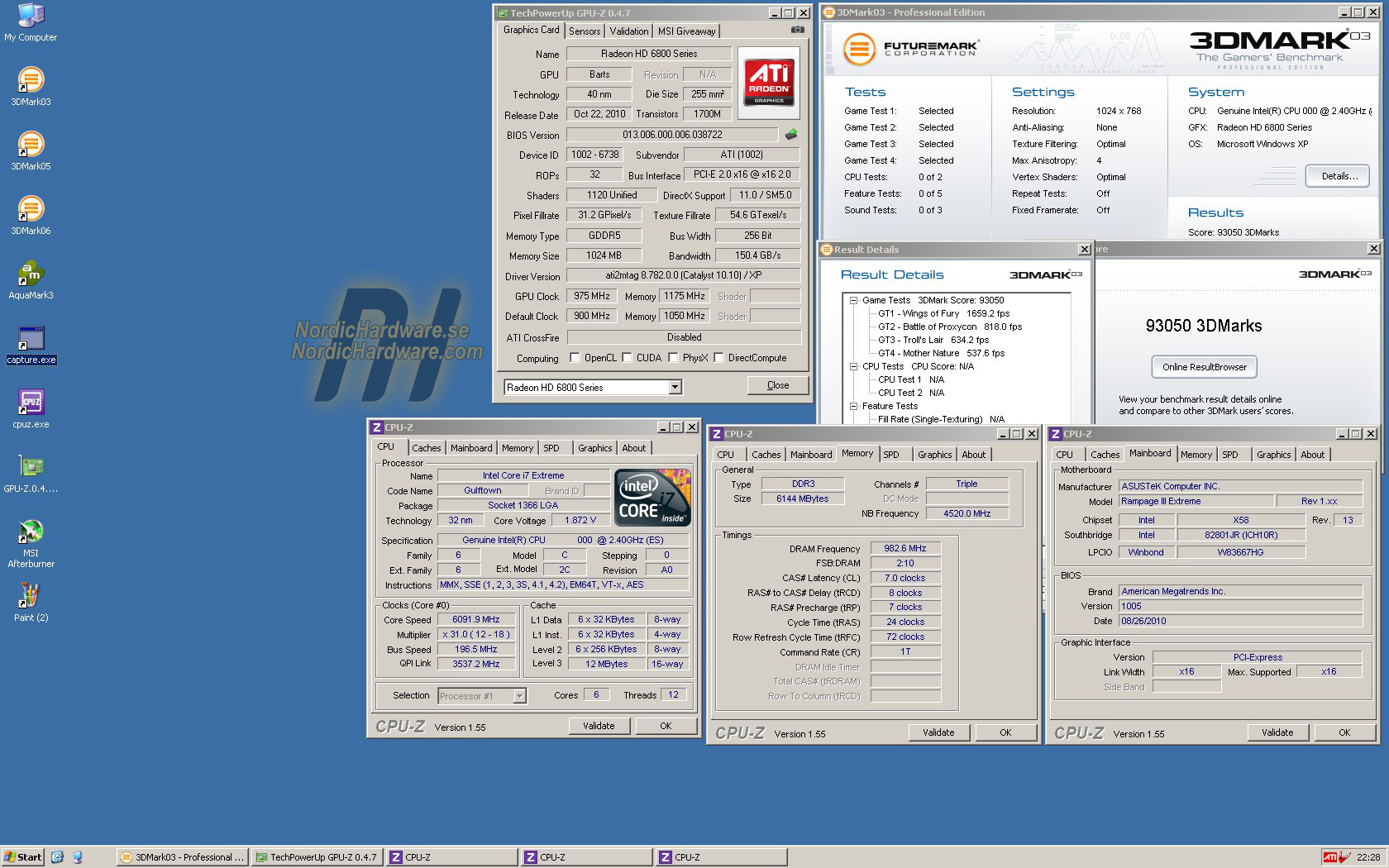 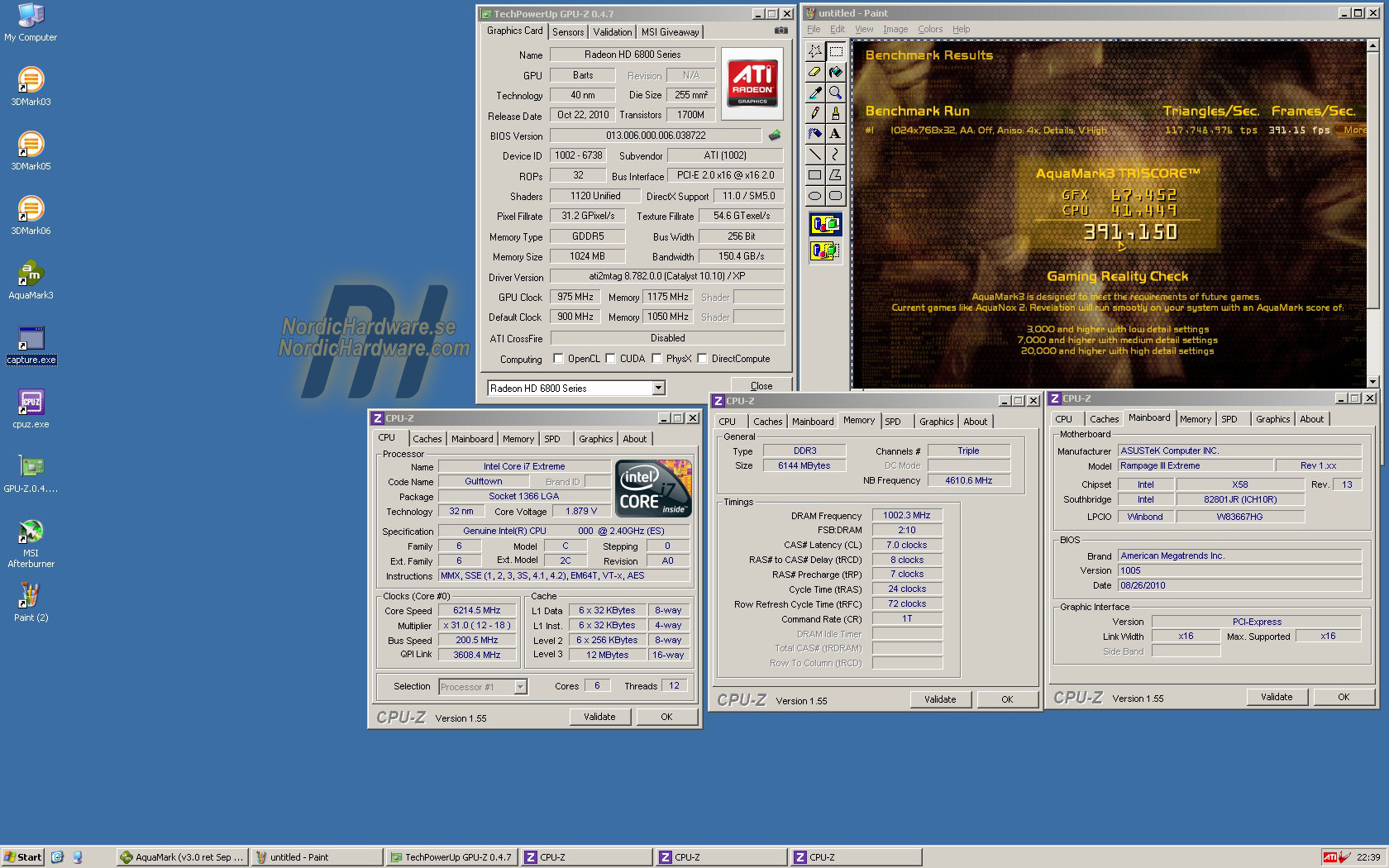 Not entirely what the article was intended for but we had to do some 2D benchmarking too, now that the CPU was cooperating. Since I was still already at -190 degrees below zero I might just as well do some simple tests like Superpi, Pifast and wPrime to collect some points for NHOC. The CPU played along and performance with the latest BIOS for Rampage 3 Extreme was good. 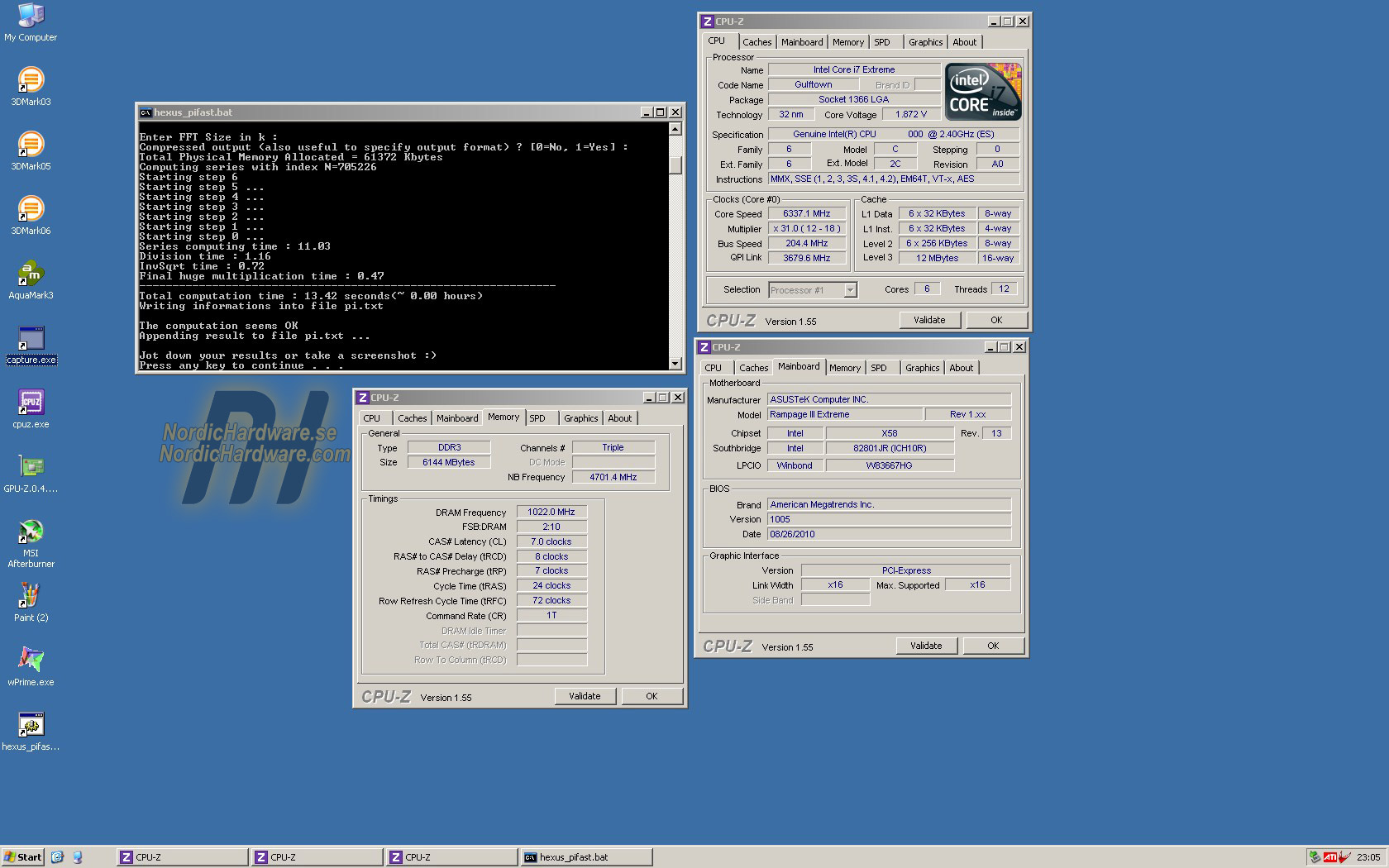 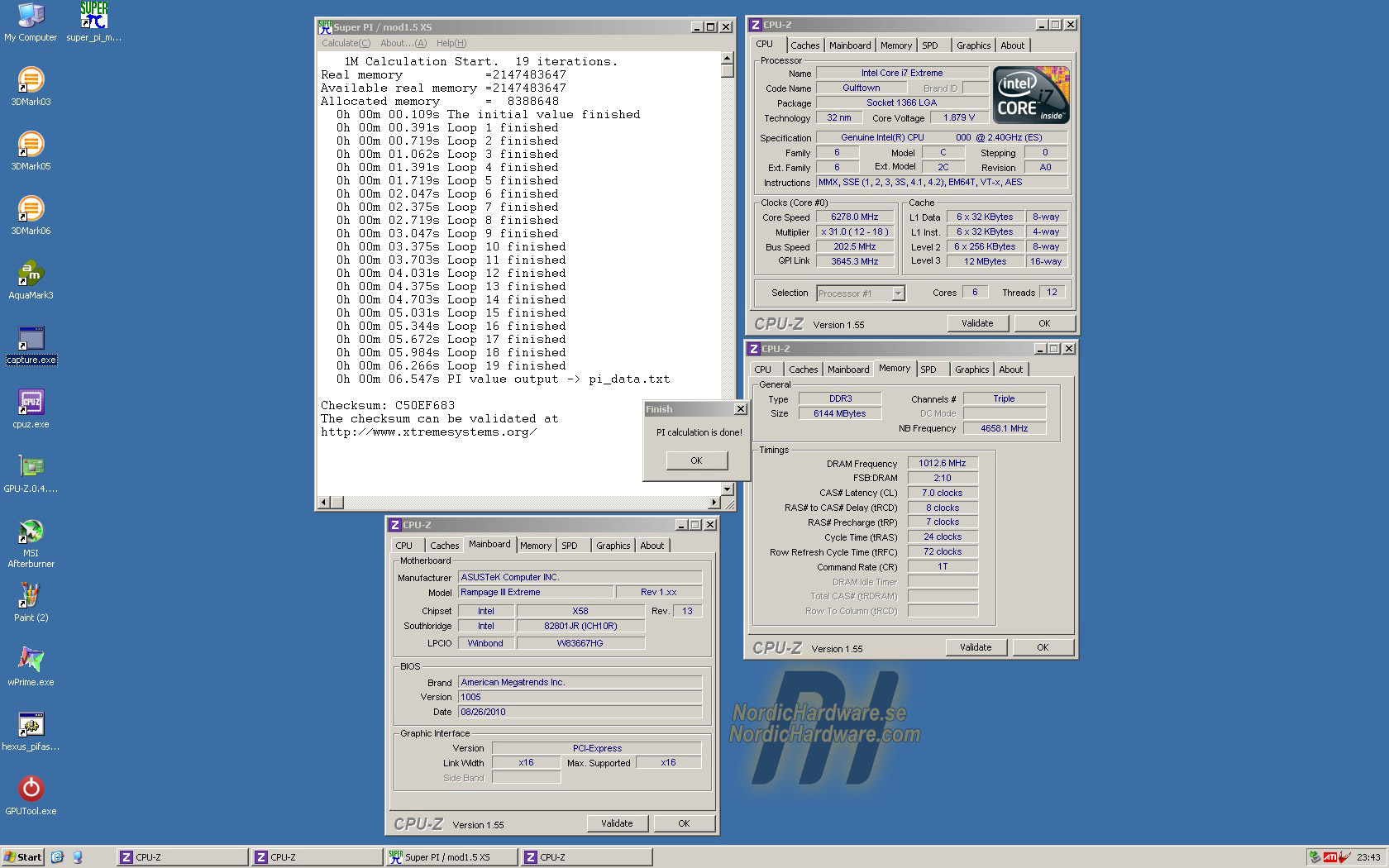 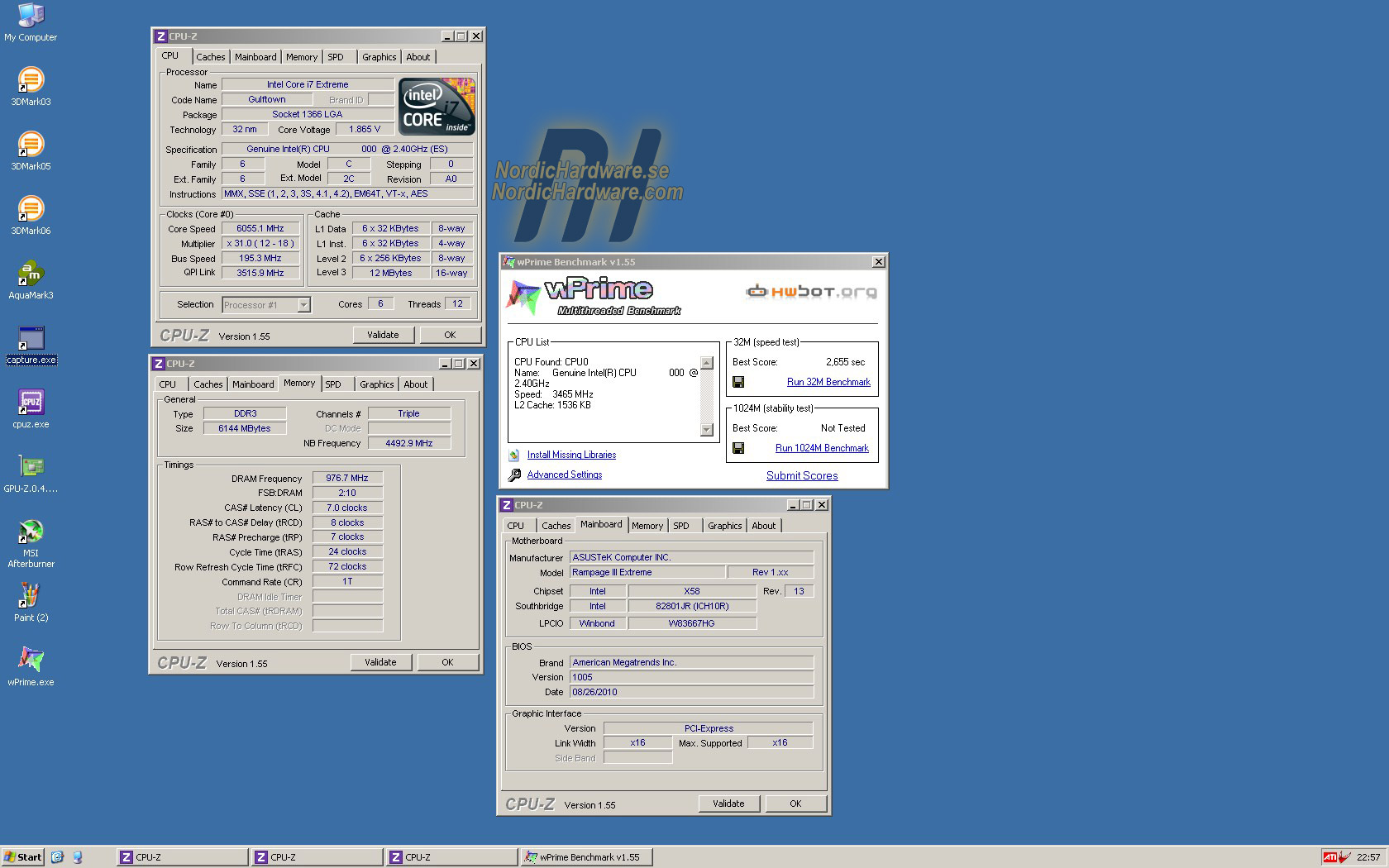 To summarize our overclocking adventure with Radeon HD 6870 there isn’t much to tell really. After Mean Machine’s promising rseults with his retail cards from ASUS and XFX we had high hopes to reach fine clock frequencies with AMD’s reference samples of HD 6870. Alas, that was not the case and the only thing we can comfort us with is that other have reported similar – and other problems – with AMD’s reference cards. Some has also had problems with retail cards, which we didn’t though during our regular air overclocking. We hope these problems only occur with review samples, but we can’t say that for certain. It is at least quite clear that extreme overclocking with early reference card can be sweet, but also result in aggressive outbursts and despair.

If we look at the performance we reached with our sample we can see how equal the two architectures Evergreen and Northern Islands really are. Radeon HD 6870 performance better than HD 5850 thanks to higher clock frequencies from factory, but when the graphics cards are overclocked to the same levels it is most often HD 5850 that takes the lead thanks to more stream processors.

Radeon HD 6870 is still a good mid-range card for regular users and air overclockers. With some sour after taste from our extreme tests we look forward to the next LN2 article where we hope to test Radeon HD 6970, or perhaps even GeForce GTX 580?