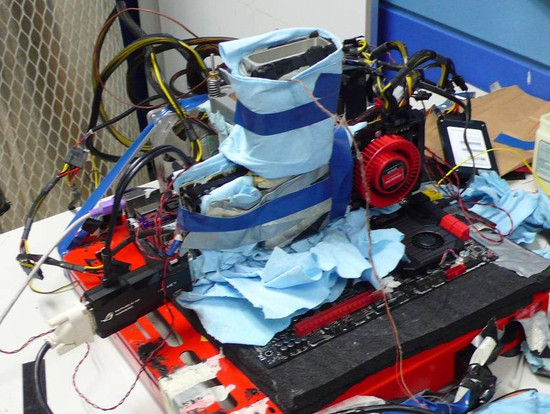 AMD promised a card that would reach really high frequencies at the launch of Radeon HD 7970. Well known overclockers have now pushed AMD’s new flagship to staggering heights and at 1.7 GHz GPU frequency the card has claimed the performance crown.

Overclocker Shamino gave AMD Radeon HD 7970 a real workout using both voltage modifications and liquid nitrogen cooling to raise the bar in terms of what we should expect from a modern graphics card.

In the first benchmarks on a test samples of Radeon HD 7970 they overclockers pushed the graphics card to 1.7 GHz clock frequency on the 28nm GPU and 8000 MHz on the 3GB GDDR5 memory, which makes the stock frequencies at 925 MHz GPU and 5500 MHz memory almost sound weak.

To reach these record-high frequencies they needed to turn up the voltages quite a bit (about 1.6V for GPU) and ran at temperatures between -120°C to -180°C depending on the test and resolution. Despite the extreme clock frequencies and 4.3 billion transistors the overclockers claims that the heat development is stil about half of what they experienced with GeForce GTX 580 when it was pushed to the limit, a good grade for the new28 nanometer technology.

The first result in Futuremark’s 3DMark Vantage and 3DMark 11 test suits shows that AMD’s new flagship is ready to annihilate the competition. With a single graphics card they reached nearly 55,000 points in 3DMark Vantage Performance and over 15,000 points in 3DMark 11 Performance. Since the graphcis card is not yet officially accepted by Futuremark the records are not official, but far above anything we have ever seen before in these tests (the current record is 48002 points in Vantage and 13144 in 3DMark 11). 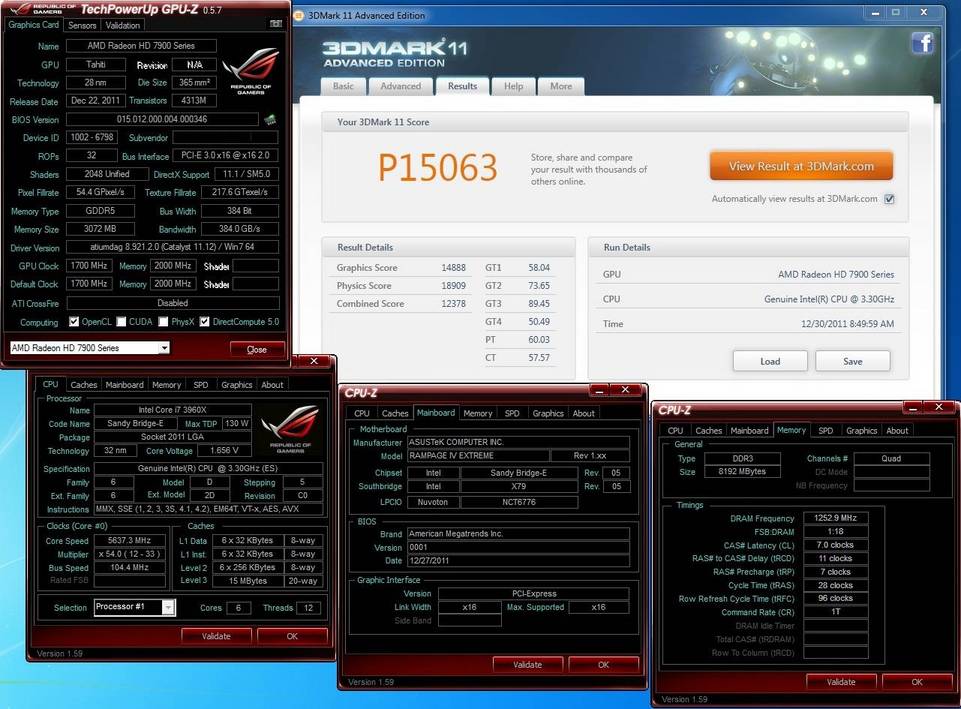