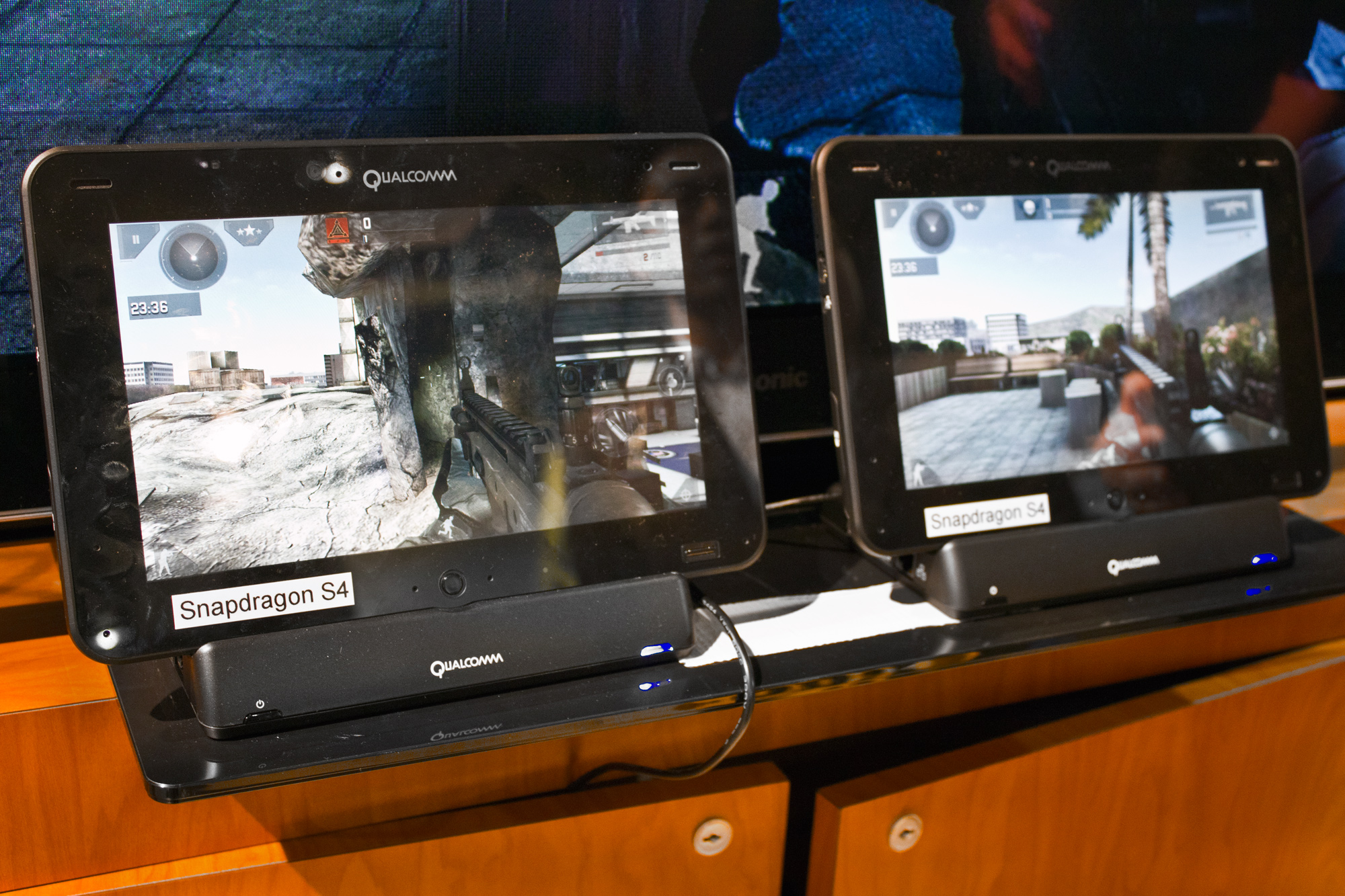 Qualcomm Snapdragon S4 will be the first mobile processor made with 28nm technology and in the middle the of the year the first products sporting Snapdragon S4 should be on the market. The first benchmarks for the graphics circuit inside bodes well too.

Qualcomm not only develops its own CPU architecture using an ARM license, but also has its own line of GPU architectures called Adreno and even if the first models of Snapdragon S4 family will use a tuned version of the current Adreno series it will raise the bar on the Android market – although no by much.

Through a score file from the benchmark NenaMark2 have given us a hint of what the new graphics circuit Adreno 225 has to offer and the score of 54.90 fps is not bad since the resolution was set to 1024 x 600 pixels. The scare is better than Galaxy S II with its Exynos 4210 system processor and ARM Mali-400MP GPU at 47.4 fps in NenaMark2. But then the resolution is also lower with Galaxy S II at only 800 x 480 pixels, which should boost the framerate a bit.

The Snapdragon S4 MSM8960 processor that is used in the tests operated at 1.5 GHz and the unit used the operating system Ice Cream Sandwich (Android 4.0.3).

That Qualcomm will boost its own GPU performance substantially with the launch of Snapdragon S4 is no understatement, but it may still need some improvements to beat Apple A5 and the SGX543MP2 graphics circuit, or perhaps the coming Samsung Exynos 5220 that is rumored to be a real monster.

At the same time Qualcomm is perfecting its new Adreno 320 circuit that will be paired with the Krait architecture next year and offer a lot better graphics performance.