Qualcomm is currently the only circuit manufacturer that chooses to develop its own processor circuits instead of ARM’s Cortex-A9 architecture like the competition. Qualcomm instead has its Scorpion architecture to lean on. The company has now presented a new development platform based on a 1.5 GHz dual-core MSM8660 SoC and the focus is on multimedia.

Qualcomm has with its own CPU architecture chosen to build an asynchronous dual-core processor where each core is independent from the other. Unlike Cortex-A9 and system processors like Tegra 2, Samsung Exynos 4210 and Ti OMAP4, Qualcomm’s MSM8660 processor can run its two cores at different clock frequencies or for that matter different voltages, all to optimize the power consumption. 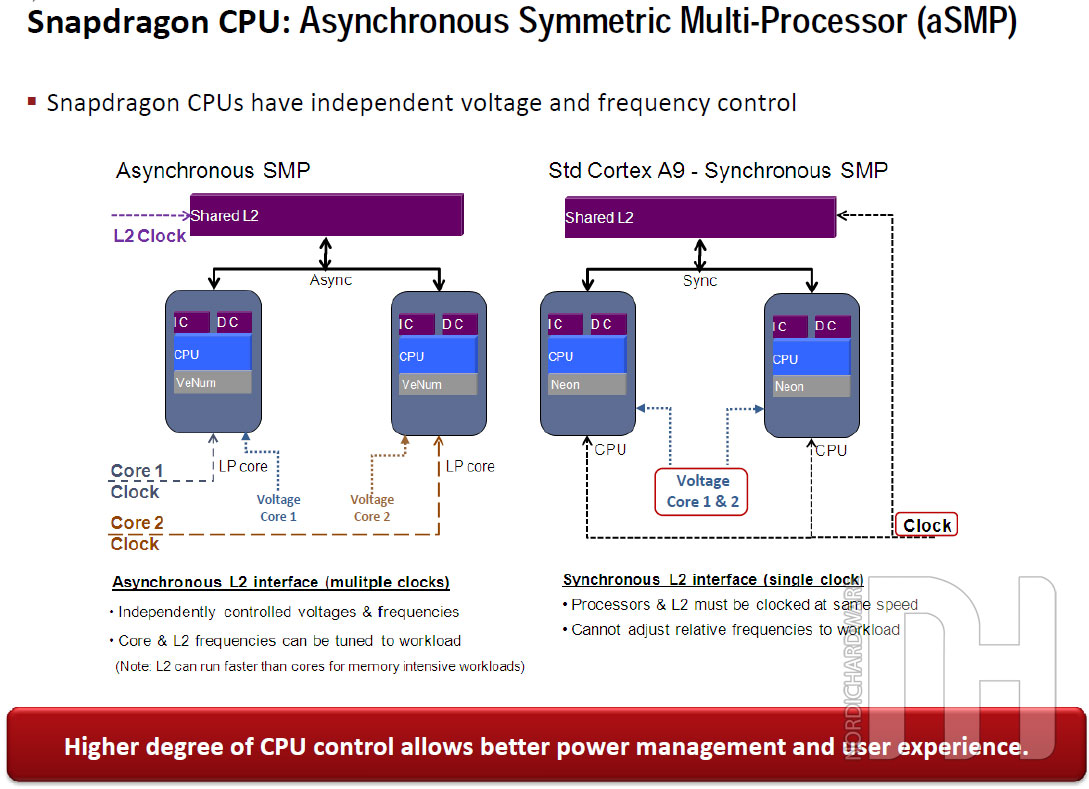 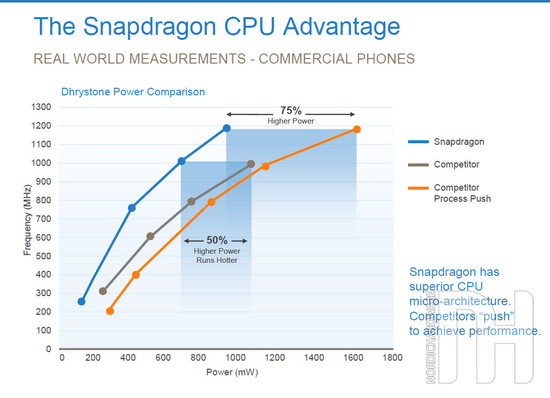 Besides Qualcomm claiming that the Scorpion architecture offers lower energy usage than competing Cortex-A9 circuits it will also offer up to 6 higher floating point performance, in theory.

Qualcomm MSM8660 is paired with a powerful Adreno 220 GPU that according to the company will bring performance considerably higher than any competing solution. As we all know a hardware platform is nothing without good software to run on it. Qualcomm uses this when it starts selling the new Qualcomm Mobile Development Platform that looks like a smartphone with 3.8″ screen and 1.5 GHz dual-core MSM8660 system processor.

The development platform is dedicated to Android and is available for 1350€ and has in some tests displayed impressive performance. Qualcomm has spiced it up with some video demonstrations to show off the media capabilities of the phone.

HTC Sensation will be one of the first smartphones to use Qualcomm MSM8660. It will ”only” be clocked at 1.2 GHz and we of course hope to compare it to other Cortex-A9 solutions like Tegra 2 and Exynos 4210.