Just like with Megahalems, Prolimatech looks to focus on Intel’s platform and Super Mega is similar to its precursor in many ways. The cooler measures 130 (L) x 74 (B) x 158.7 (H) mm and weighs 945 gram where the nickel coated copper base transfers heat to the heatsink through six heatpipes. 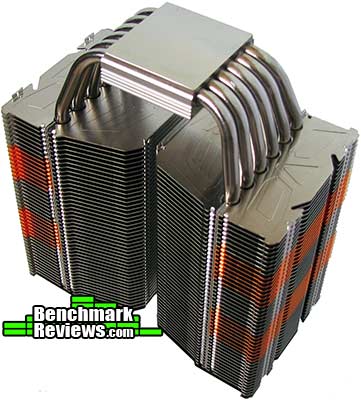 Prolimatech Super Mega is a bit different from most other tower coolers, as it uses both aluminum andcopper fins. According to Benchmark-reviews the new cooler will have a really efficient mounting kit, even though it is just for Intel processors. The cooler can hold both 120mm and 140mm fans and the copper fins baked into the heatsink will be the major difference from the precursor Megahalems.

Price and performance were not revealed.