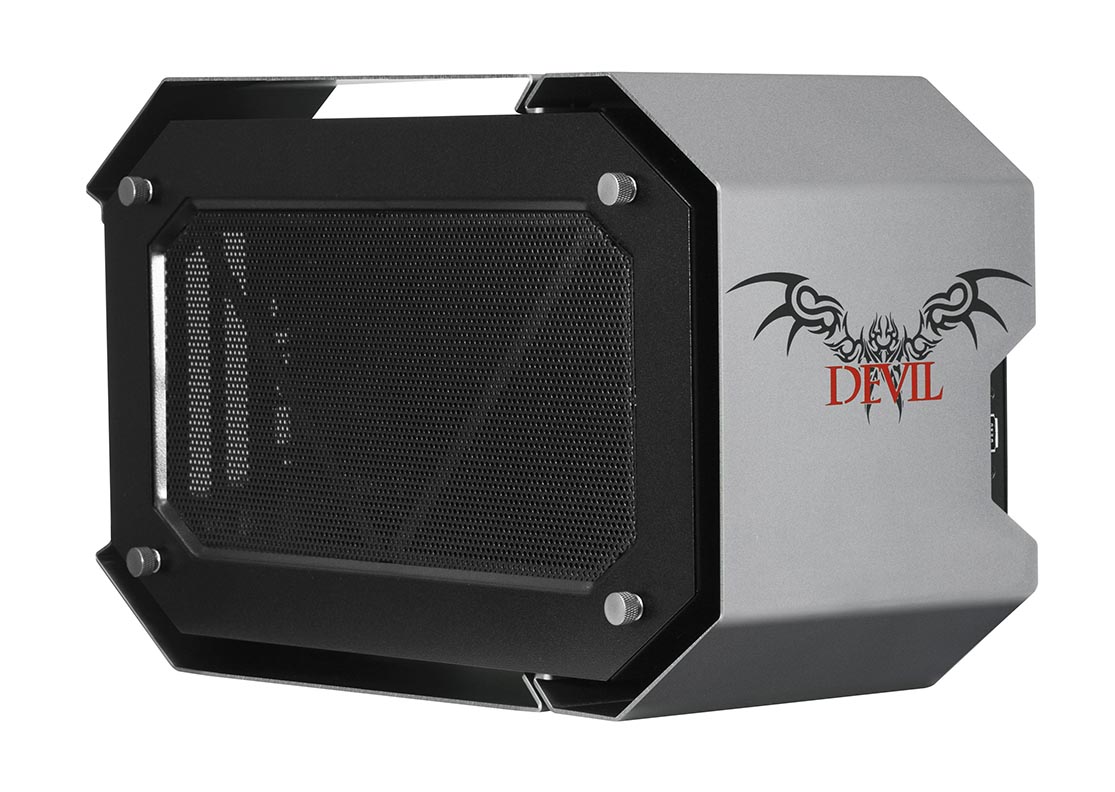 PowerColor DEVIL BOX is based on AMD XConnect™ Technology which was introduced on March 16th, 2016 by AMD. AMD had developed this technology in collaboration with Intel’s Thunderbolt™ group and Razer Inc. The PowerColor DEVIL BOX is primarily for the users who would like to have an even more powerful graphics card on his/her notebook in pursuit of desktop-class graphics performance. With a qualified graphics card, not limited to either AMD or nVidia, installed in the PowerColor DEVIL BOX and connecting with Thunderbolt™ 3 specification, gamers and enthusiasts will be able to play any types of games on the market without sacrificing the portability of a thin’n’light notebook.

Where to Find—Quantity is very limited so Devil Box can ONLY be bought on below websites. MSRP is US$379 or 419 €.