PowerColor HD 5770 Sniper looks to become something out of the ordinary. The card that will be shown at Computex 2010 next week isn’t just equipped with a Radeon HD 5770 GPU but also a network processor (NPU) from Bigfoot Networks. Bigfoot Networks became famous for its Killer NIC network cards sporting a dedicated network processor to offload the CPU, lower ping and increase frame rates during online gaming.

Bigfoot Networks has been having trouble reaching out to a larger audience due to the relatively high prices. Now that PowerColor has decided to bake  the NPU into the graphics card it should open up new possibilities for the company. 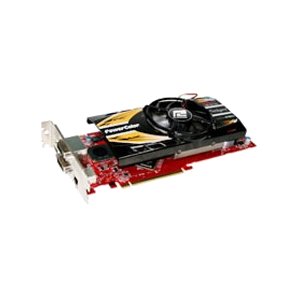 The card is noticeably longer than AMD’s reference version of Radeon HD 5770, but if there is anything else separating it from the reference remains to be seen.

If PowerColor can get away with this without hiking the price too much, and that the implementation of the NPU really makes a difference this could become a really powerful combination.