PNY has released a new GTX 580 with bundled water cooling together with Asetek. The card comes in two models where one only cools the graphics card in a closed loop, while the second also has a water block for cooling the processor.

PNY has released two GTX 580 models, one built to only cool the graphics cards, while the second also has a water block for the processor in the same loop. Both versions are cooled by a single 120 mm radiator, which may be a bit small for a GTX 580, and on top of that a processor. 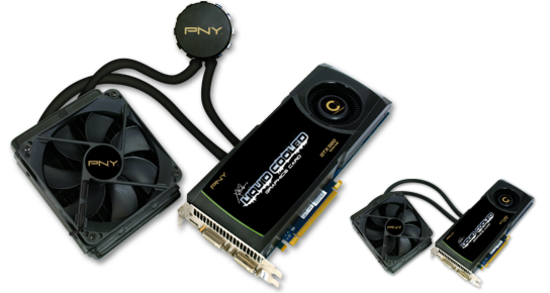 To solve this the graphics card is also cooled by traditional air cooling, which is why it looks a bit like the reference design on the outside. How well it works we don’t know, but PNY says that its solution will offer 30% lower temperature, 30% less noise and 10% better performance.