To create as little noise as possible Silencer Mk II ships with 135mm fan. A move that will reduce noise per watt by 90% according to PC Power & Cooling, making them pretty much silent altogether.

”The PC Power & Cooling Silencer Mk II is the optimal power solution for multiple power-hungry drives and video cards, featuring a temperature rating of 50 degrees Celsius, twice that of the industry standard. The Silencer Mk II Series is fully compliant with the latest ATX12V and EPS12V specifications and will be available in 500W, 650W, 750W, and 950W configurations.”

The core of the PSU is a sole +12V rail with 83.4A capacity with over and undervoltage protection. 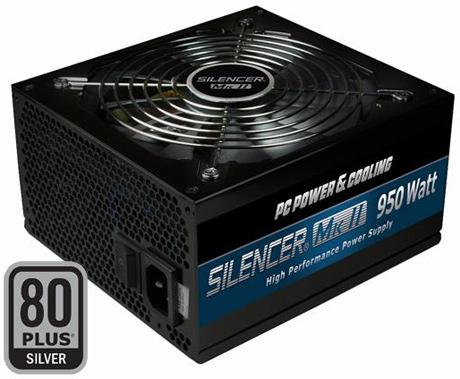 The three top models ship with 80Plus Silver certification and seven year warranty, while the entry models at 500W only gets 5 years. Prices pending.