AMD has shared some more on the coming Fusion APU Llano. It put up three mobile circuits and compared them to AMD Zacate, better known as E-350 and found on many mini-ITX motherboards and inside notebooks, in the popular 3DMark Vantage.

AMD is expected to discuss Llano and release more information on the new architecture, but now it has updated the official site with updates on its Vision branding that it will market hard on the mobile market. Here AMD also present benchmark numbers from 3DMark Vantage. 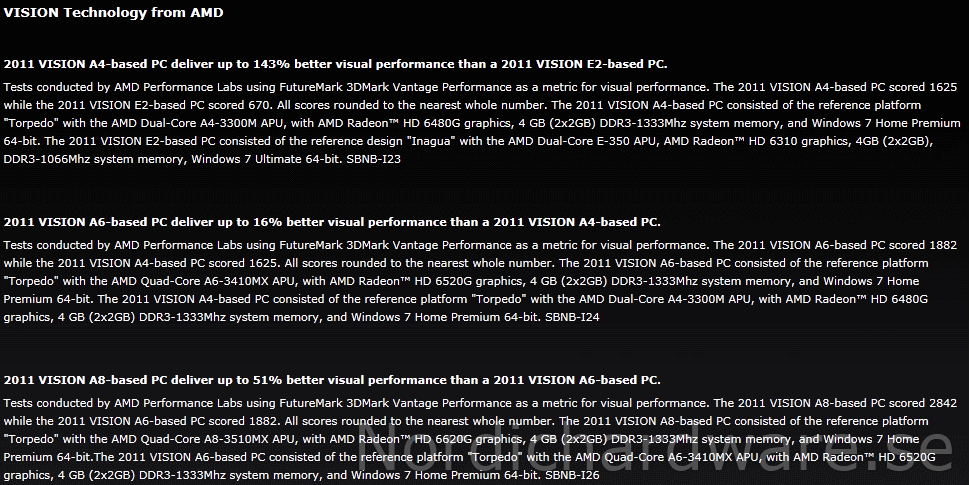 All models in the Llano family were compared to E-350 and performance looks to match previously surfaced numbers for a desktop product. It all comes down to how powerful the integrated graphics processor is. The desktop versions will be clocked higher than the mobile equivalents though. It has chosen to name the mobile Llano platform Torpedo, which is open for interpretation.

There are still many details missing, but these and a launch date is expected to surface at Computex opening on May 31st.