SandForce and OCZ decided to show some new solutions at IDF 2010 and on the center stage we have OCZ RevoDrive X2. A PCIe-based SSD storage unit with four SandForce controllers offering read and write speeds up to 730 MB/s and staggering IOPS.

OCZ RevoDrive X2 is pretty much a RevoDrive on steroids. Built on a PCI Expess circuit board the storage unit has twice as many SandForce SSD controllers, from two to four, and connects these with an internal RAID 0 setup. 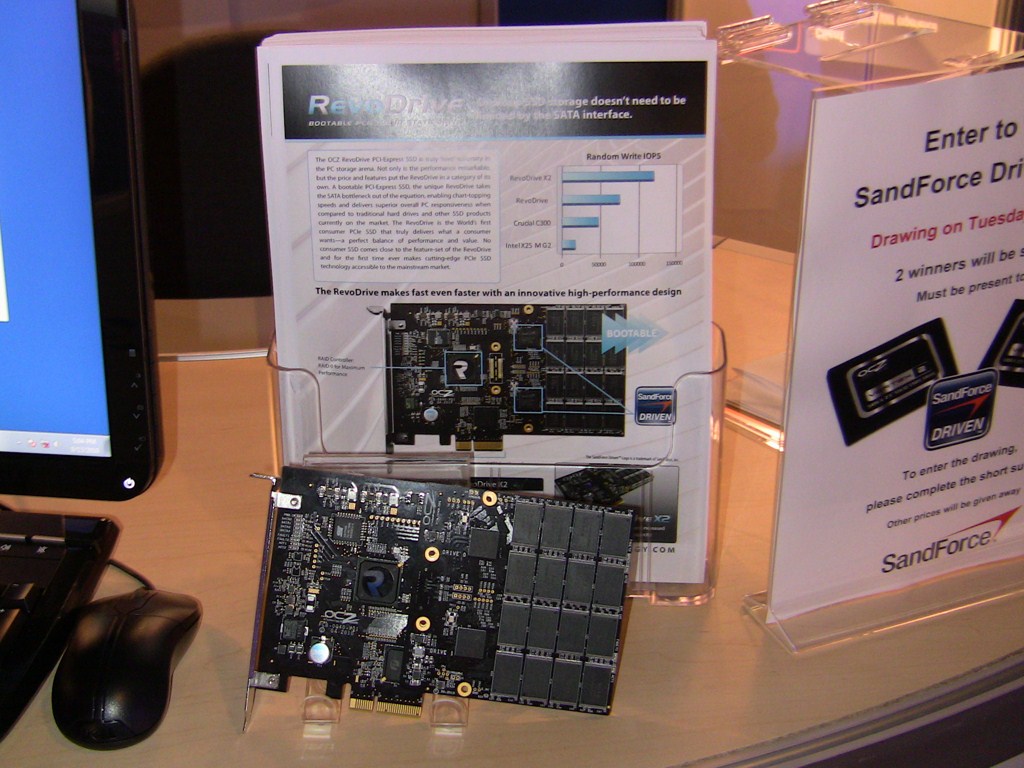 With MLC NAND Flash circuits from Intel, OCZ RevoDrive X2 can present some impressive performance numbers. The maximal read speed is 740 MB/s and the write speed 730 MB/s. For those who prefer measuring SSD performance in IOPS RevoDrive X2 will not disappoint with 120,000 IOPS with 4K files. 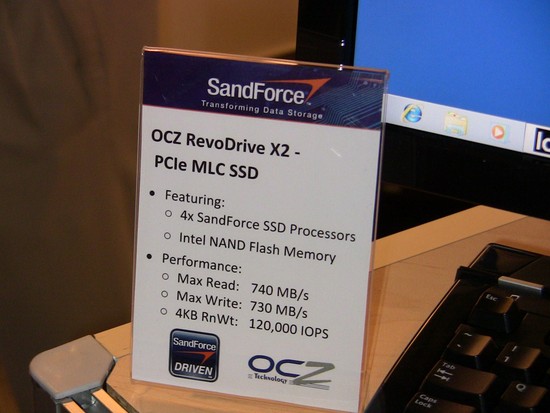