OCZ Agility and Solid upgraded with 25nm MLC and SF-2281

OCZ released the new Vertex 3 series a while back, probably the fastest SSD in retail. The company has now chosen to update the Agility and Solid families with the same Sandforce controller as Vertex 3 and 25nm MLC NAND flash, but at a marginally lower price and performance.

OCZ has had a rather confusing name scheme in the past, but this may have been improved now. Vertex 3 is for those with the highest demands in performance, while Agility followed by Solid are cheaper alternatives with less performance. Agility and Solid looks quite similar with 25nm MLC NAND-minne, SATA 6 Gb/s, SF-2281 controller from Sandforce and MTBF (Mean Time Between Failure) at 2,000,000 timmar. The difference between Agility and Solid is read/write performance and random 4K file performance. 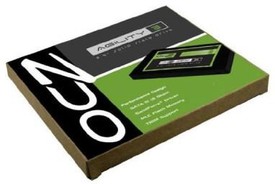 Solid 3 is the real budget model with sizes of 60GB and 120GB and sequential read/write performance at 500/450 MB/s. The biggest difference is in random 4K files performance where Solid tops out at 20,000 IOPS.

Agility 3 and Solid 3 is just starting to show in the price lists around Europe, but so far the price difference is not that big, 10€, when comparing models with the same capacity.