OBRovskys, better known as OBR, has posted more pictures on his blogg showing both Llano and Bulldozer overclocked, supposedly on air. While we lack any benchmarks, due to NDAs and such, we see that both samples have been overclocked quite a lot, over 4.6 GHz, and Llano passes Cinebench at 4679 MHz.

Bulldozer and Llano wasn’t launched yet and while one of them was just around the corner we didn’t have any numbers at the time. In his blogg OBR shared pictures from CPU-Z with both Llano and Bulldozer overclocked.

First we have Llano that was overclocked to 4679 MHz with an unknown voltage that passed wPrime 32M, Cinebench 11.5 and SuperPi 1M. Considering the results is with ordinary air cooling it does look like Llano will overclock even better than Phenom II and Athlon II at 45nm SOI. With minimal changes to the architecture in Llano the new 32nm SOI/HKMG process is most likely the biggest reason for this improvement. 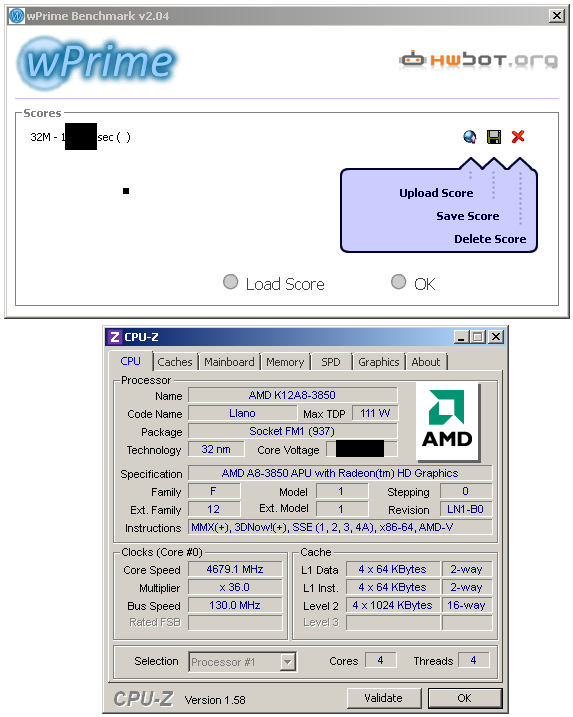 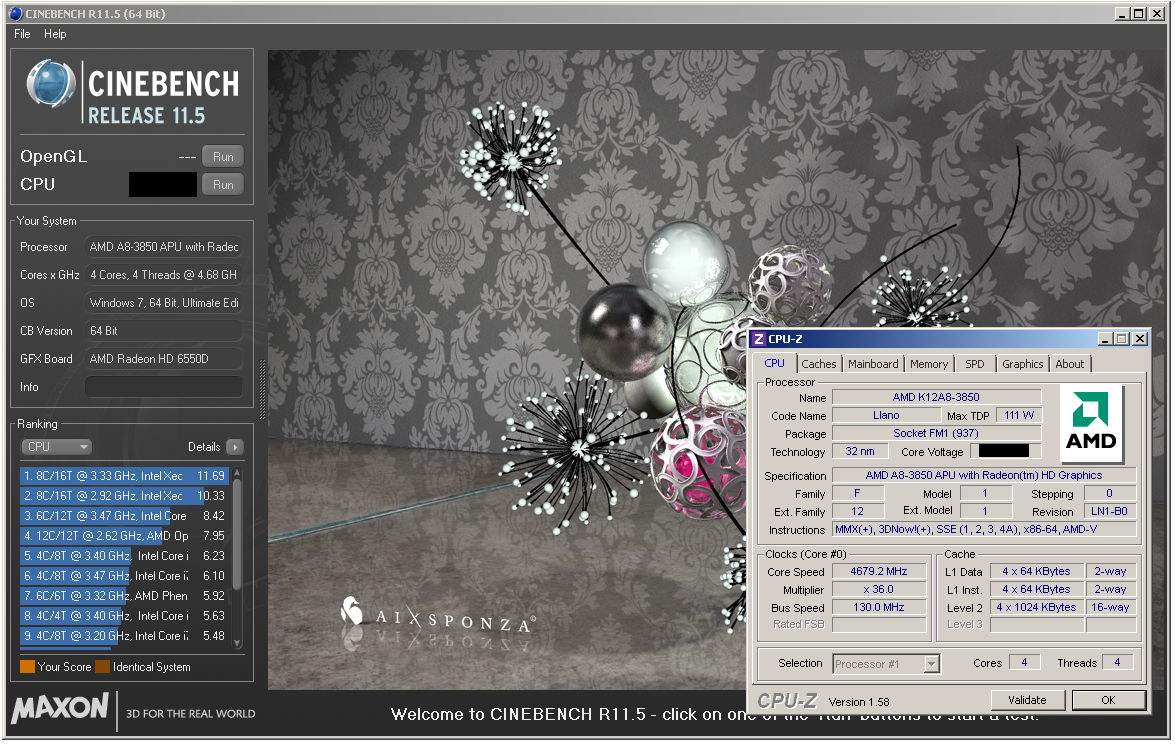 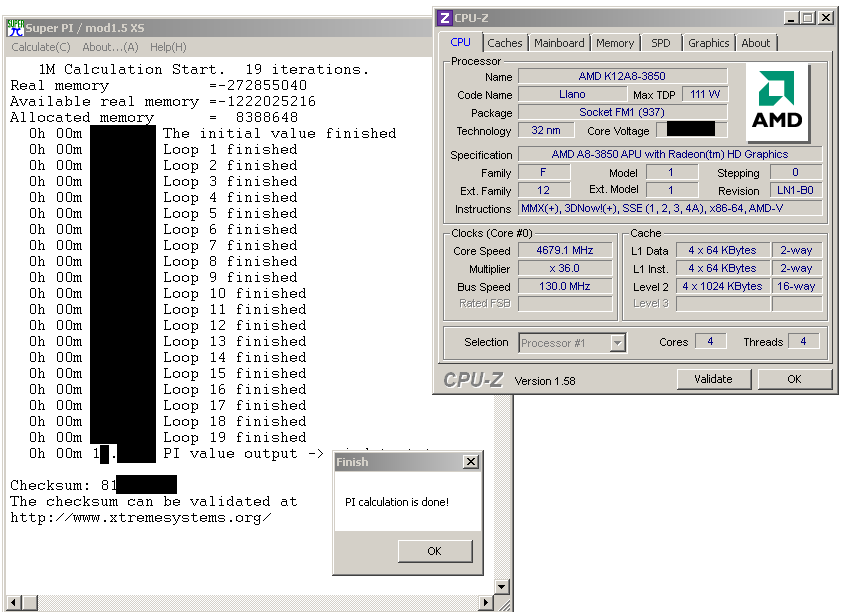 Cinebench 11.5 is pretty intense, and with that in mind Llano should be able to do even higher frequencies than Phenom II at a stable 24/7 clock. Multiple sources also shows that the memory controller has been improved since Llano looks capable of overclocking memories over 2300 MHz.

The perhaps more interesting bit is Bulldozer, or Zambezi that the retail version will be called. Also this one is build on 32nm SOI/HKMG and brings 4 modules with 2 cores each for a total of 8. The models FX-8130P is rated 125W TDP at 3.8 GHz, with 4.2 GHz in Turbo mode. Here it has been overclocked to 4635 MHz and chewed through SuperPi 1M at a voltage right above 1.5 V.

OBR also says that the engineering samples that has been sighted on the web has shown subpar performance because of a bad BIOS and not a limitation set by AMD. If this is correct it is not impossible that AMD waited until the very last minute to send the correct BIOS code to partners. He says he gets the right performance with ASUS Crosshair V Formula and Gigabyte GA-990FXA-UD7 and is working with ASUS, Gigabyte and MSI to get a working BIOS for all.

Just like before, everything should be considered with a pinch of salt, but the launch of AMD’s perhaps most anticipated products in years is getting very close.