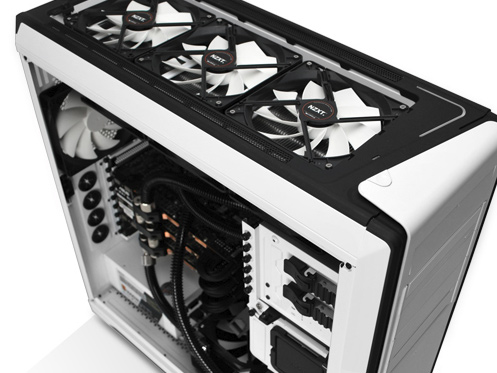 NZXT is known for its power supplies, cooling and fan controllers, but most of all for its cases. It has now announced Switch 810, which offers a spacious interior and room for ten fans and XL-ATX motherboards.

Even though NZXT is a young company it has launched a variety of products since the start in 2004, where some have really influenced the market. Among its previous products we have Nemesis and Nemesis Elite, which weren’t very quiet for 80mm fans, but had plenty of windows, lights and metal details. Since then the trend has changed the focus is on quiet, accessible and stylish cases. This is exactly what NZXT is aiming for with Switch 810. 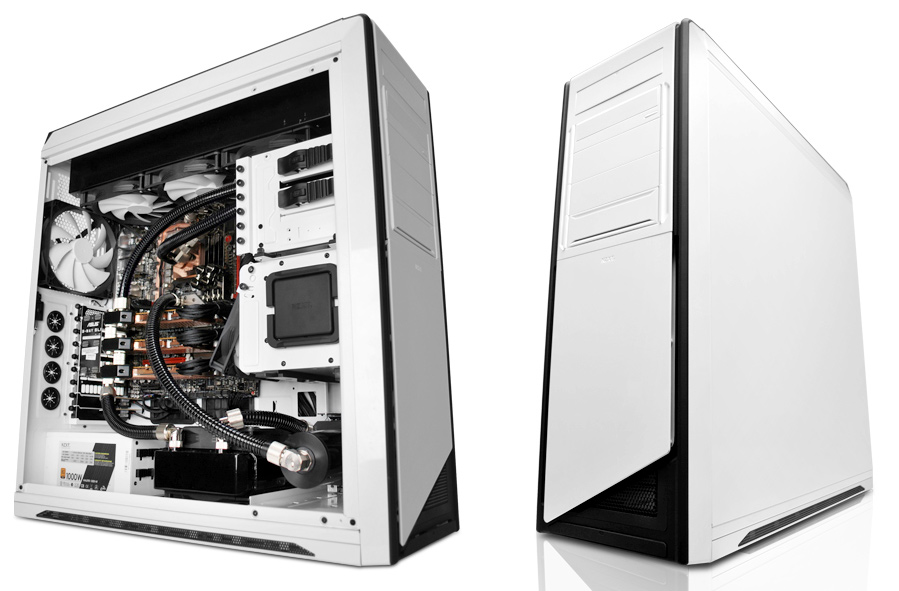 The case is made from steel with plastic details, weighs 9.1kg and measures 235 x 595 x 585mm. It can house mATX, ATX, E-ATX, XL-ATX and Mini-ITX motherboards. There is 23mm space behind the motherboard tray for cables and such, and ten holes to pull them through and a big hole to ease the mounting of the cooler. There are four 5.25” slots and six internal 3.5” slots, all with screw-less mountings. The case supports hot-swap for SATA III. 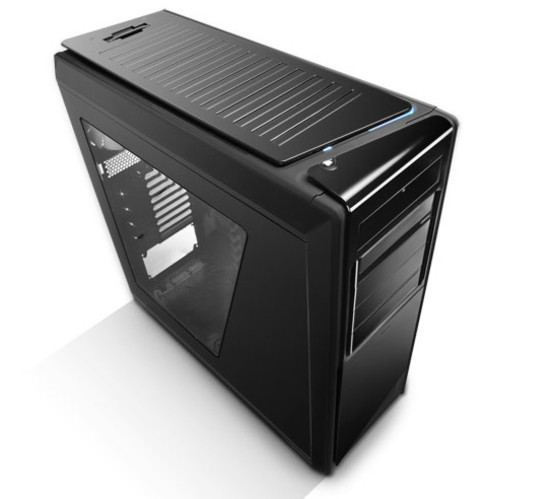 NZXT has truly emhpasized the cooling. The main point of the case, and the motivation behind the name Switch is that the user can have as many cooling solutions as it wants. You can use both water and air cooling, or combine them. In the roof there is room for a 360 or 420mm radiator, and in the bottom a 140 or 240mm radiator. There is also room for two internal 120- or 140mm fans, whereof one 140mm fan is included. These can be angled for better airflow toward the graphcis card. There is no fan on the side of the case, since NZXT has decided to opt for a windows instead.

NZXT Switch 810 is available in black and in white