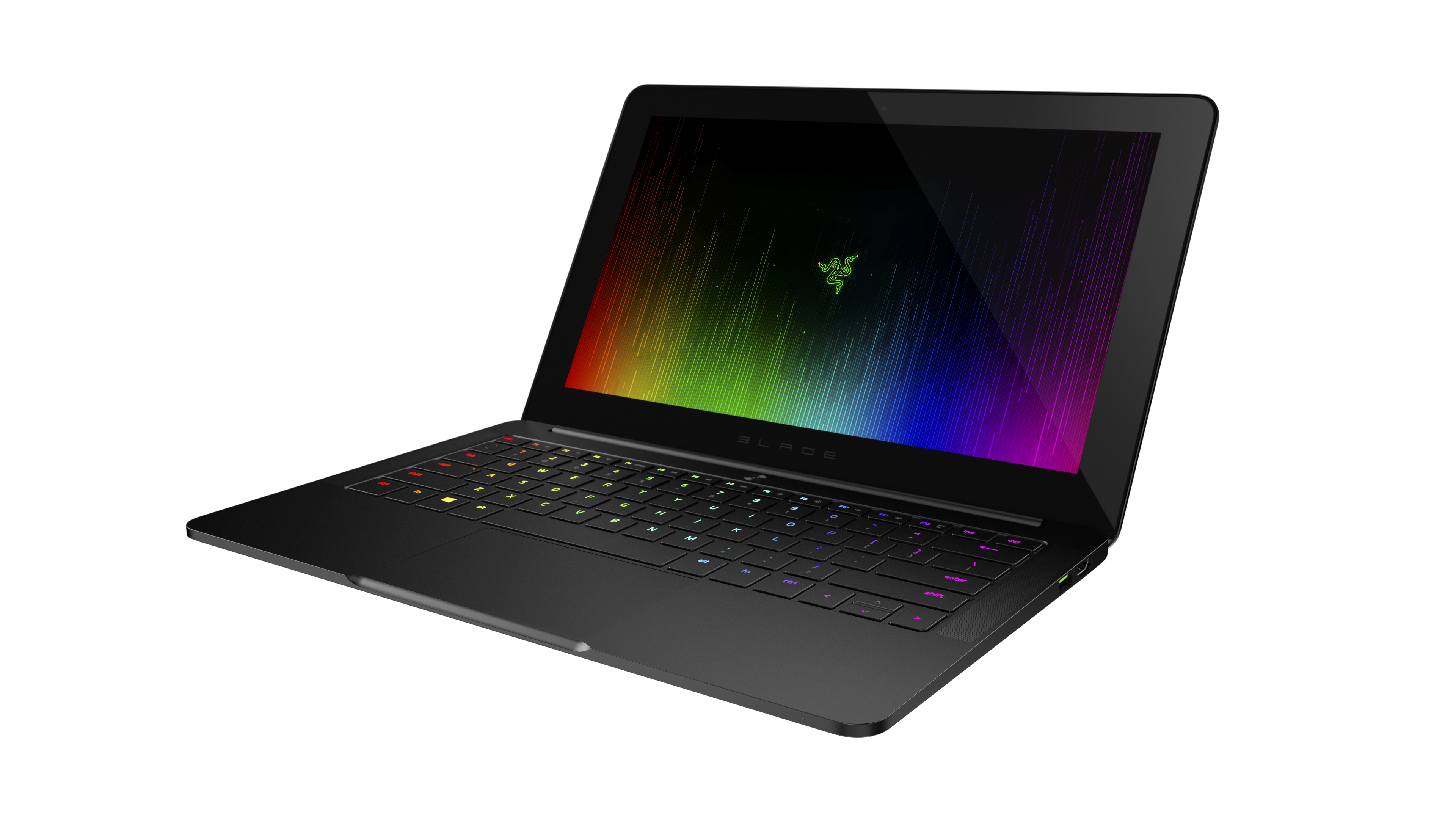 SEATTLE (PAX West 2016) – Razer™ today announced its new version of the award-winning 12.5- inch Razer Blade Stealth. The “Ultimate Ultrabook” has earned more than 20 awards since its January launch, including “Best of CES – ‘Best PC’” and ‘People’s Choice’” and PC Mag “Editor’s choice,” and it is critically acclaimed worldwide. This latest laptop by Razer is designed to meet the needs of young professionals and students by combining best-in-class performance, top-of-the-line features, and improved battery life at a remarkable value price.
The new Razer Blade Stealth stands as one of the most portable laptops in the world, measuring 0.52 inches thin and weighing 2.84 pounds. The sleek CNC aluminum chassis of the new Raze Blade Stealth houses the latest 7th Generation Intel® Core™ i7 processor for ultimate performance. The ultraportable laptop now packs up to 1 TB of PCIe solid-state storage and up to 16 GB of fast, dual-channel memory for increased storage and productivity. All told, this Razer Blade Stealth sets a new standard for power, durability and design in a system perfected for productivity anywhere.
“The new 7th Generation Intel Core processor takes mobile computing performance to the next level while also delivering all new media capabilities for an unmatched 4K UHD experience,” said Chris Walker, vice president of the Client Computing Group and general manager of Mobility Client Platforms at Intel. “The new Razer Blade Stealth leverages the efficient performance of 7th Gen Intel Core to give people the power they need to create, watch and play at full capacity in a beautiful and ultra-portable design.”

Also new on the latest Blade Stealth is a larger 53.6 watt-hour battery with over 15 percent more capacity than the previous generation. When on the go, the Blade Stealth can last up to nine hours on a single charge.

“The first Blade Stealth offered an unparalleled combination of performance, personalization and value, with standard features that our competitors could not match in their higher-priced luxury models,” says Min-Liang Tan, Razer co-founder and CEO. “Our engineers have done the impossible by making our second generation Ultrabook even more powerful while improving the battery life significantly. The Razer Blade Stealth is an example of what an Ultrabook can and should be able to do.”

The Razer Blade Stealth remains one of the only laptops on the market that is equipped with an individually backlit notebook keyboard, which is powered by Razer Chroma™ technology. Custom lighting effects and 16.8 million colors options make personalization on the new Blade Stealth easy to program.

For those gamers who want an Ultrabook during the day and a desktop gaming system after hours, the Blade Stealth easily connects with the optional Razer Core to deliver external desktop graphics power and expanded connectivity options via a single Thunderbolt™ 3 cable for transfer speeds up to 40 Gbps. The Razer Blade Stealth and Razer Core remain the only true plug-and-play external graphics solution that does not require a reboot of the system every time a user connects. The Razer Core is also compatible with many of the latest graphics cards including the NVIDIA GeForce GTX 1080 and AMD Radeon RX 480. It is now easier than ever to transform a thin and light notebook computer into a desktop system experience.

Like its predecessor, the new Blade Stealth will start at $999. It is shipping today from RazerStore.com and will be available at Amazon and Microsoft Stores nationwide later this month. For more information, visit razerzone.com/blade-stealth.