NVIDIA is planning to launch its version of Optimus for desktops, dubbed Synergy, at Computex in Taiwan, Taipei in June this year. Synergy will be a technology for switching between a discrete graphics card from NVIDIA and the integrated GPU of Intel Sandy Bridge. Synergy will be free and without licensing costs, unlike LucidLogix Virtu that has been criticized for high costs.

Nvidia Synergy will according to Nvidia work with all cards from the company and there are no demands for specific models or GPUs. It requires no extra work from the motherboard makers to make boards physically compatible, but just an updated BIOS and new drivers from NVIDIAD. That way all NVIDIA owners get to enjoy the technology, not just new users. 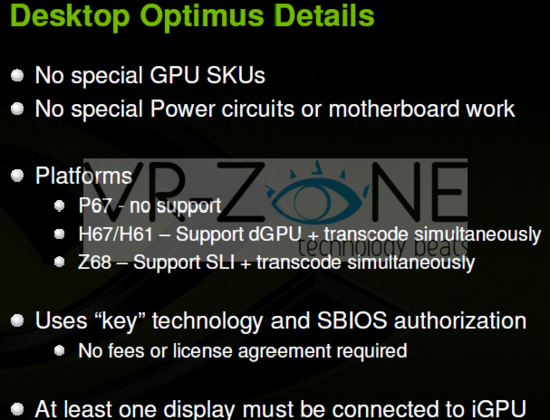 When the discrete card is without load in games or other demanding tasks it will automatically stop working and switch over to Intel’s integrated graphics processor inside Sandy Bridge, which also enables access to Intel Quick Sync for faster handling of video and audio. 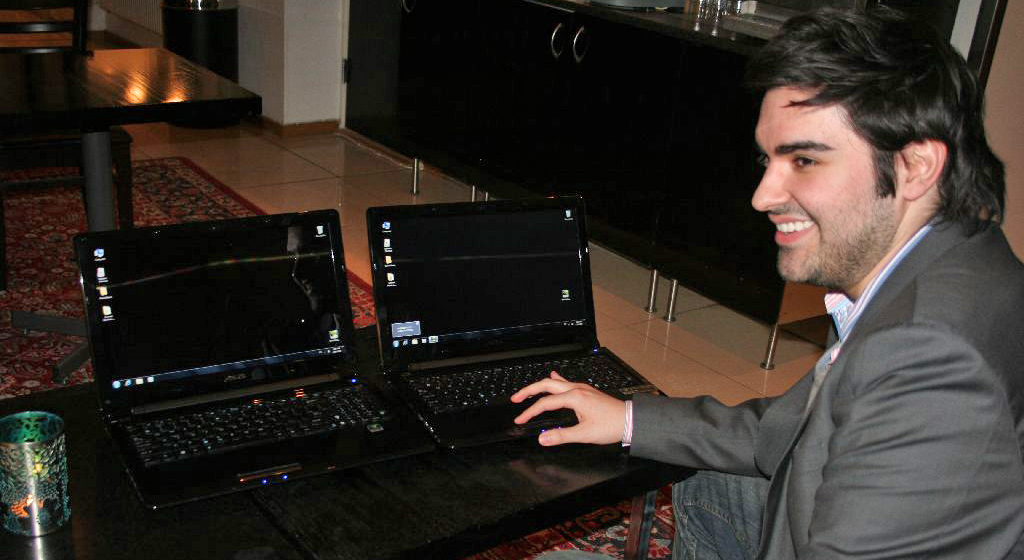 As expected Synergy will not work with P67 motherboards, but H61, H67 and Z68 are all supported for Synergy as long as the manufacturer releases an updated BIOS.

AMD is currently working on its own solution, that will most likely eliminate LucidLogix from this particular market, but when it will be ready we don’t know.