NVIDIA - No Kepler products until 2012 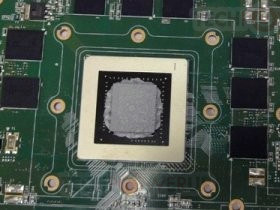 Earlier this month during an event in Japan NVIDIA announced that the next generation architecture Kepler would ship before the end of the year. It has been forced to clarify that it is just talking about the GPUs. There will be no retail availability until 2012.

Kepler will be made with 28nm technology and with the overdue process that is base for the manufacturing it came as a bit of surprise that NVIDIA would have its first 28nm products this year. It is a good thing that NVIDIA has confirmed that the manufacturing of Kepler is going well, but at the same time sad that we won’t see anye new GeForce cards until next year.

Chris Malachowsky, one of NVIDIA’s founders, dropped the bomb that NVIDIA would be ”shipping” before the end of the year, but now that Ken Brown, spokesperson for NVIDIA, has commented on the statement things are not as glorious as they first seemed.

”Although we will have early silicon this year, Kepler-based products are actually scheduled to go into production in 2012. We wanted to clarify this so people wouldn’t expect product to be available this year,” Ken Brown wrote in an e-mail to X-bit Labs

If we read between the lines and focus on the heay words it is ”early silicon” and ”production in 2012” that says the most. NVIDIA cannot confirm that its silicon circuits will be done by the end of the year. Manufacturing of the cards will not start until next year, which doesn’t really say that much, but we of course hope for an early launch.