NVIDIA has launched its latest graphics card and GeForce GT 430 is based on the slim GF108 GPU targeting media PCs. NVIDIA markets the card as a video and image editing card, but of course has gaming in mind too. 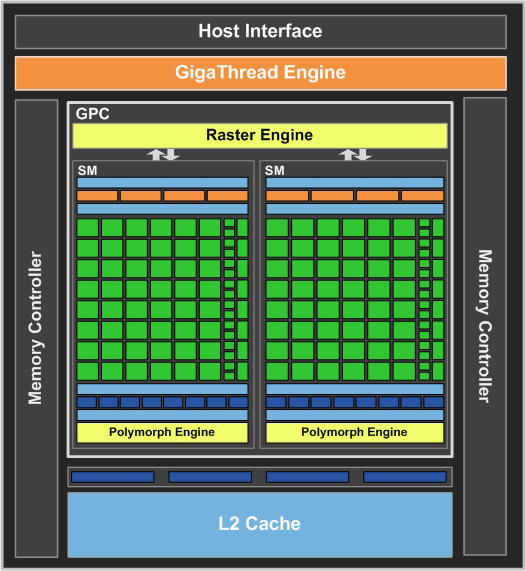 The graphics circuit connects to a 1GB DDR3 memory buffer with a 128-bit interface (two 64-bit memory controllers), which is similar to GTS 450, but slower memory .

NVIDIA GeForce GT 430 isn’t the fastest 3D gaming card, but will work well with media computers and so called HTPCs. The graphics card comes with support for stereoscopic 3D, Blu-ray 3D and can handle 1080p video with bitrates up to 65 Mbps. The HDMI 1.4 output supports HDCP and loessless HD audio formats like DTS-HD Master Audio and Dolby TrueHD. Power consumption will be at most 49 watt at regular use and the card is cooled by a single-slot cooler.

According to NVIDIA the card will be capable of whipping integrated graphics circuits in terms of gaming performance. The recommended resolution is 1280×1024 pixels, which can be tough with integrated solutions. We’re wondering how long there will be a market for these discrete budget cards since the next generation integrated solutions will be a lot more powerful.

NVIDIA GeForce GT 430 costs $70 and is available today. Below are some custom and non-custom cards appearing soon.